You say the name Bus Simulator and a lot of people cringe, however the bus simulation game is one that has secured 5 really worthy titles over the past 15 years, one of its most popular iterations is Bus Driver. Bus Driver was the Crazy Taxi of the simulation world, think of Bus Simulator 2 as a more serious, less arcade-styled game.

Without a doubt, Bus Simulator 2 is wholeheartedly addictive and fun, and the only inconsistent part of the game is freeplay mode, which should let you drive around Megacity picking up passengers and dropping them off, however freeplay mode is simply driving around the town in a bus that is out of service. Unlike most sims Bus Simulator 2 contains real people!! These pedestrians walk around, which you can also do with your bus driver if you wish, this makes the town far more alive than other simulators.

The game consists of two main factors; driving and buying; buying buses, buying special tours and most importantly buying bus lines for your company. Using the 12 buses available to you, there are 10 bus lines available to purchase, however each line has 2 routes; back and forth, so in actual fact there are 20 routes, as well as a selection of 7 special tours that consist of one pick-up point and a drop-off. The overall longevity of the game is extended in the route editor that allows players to create their own bus routes, making your possibilities almost limitless.

The editor works very easily, and gives you the Megacity map, and asks you to choose a start point that then follows waypoints and bus stops until your chosen end point. There is a limit of an extra 10 lines, as well as the ability to edit the 10 existing lines, giving you a total of 40 routes to play around with —when considering that each line consists of 2 routes. 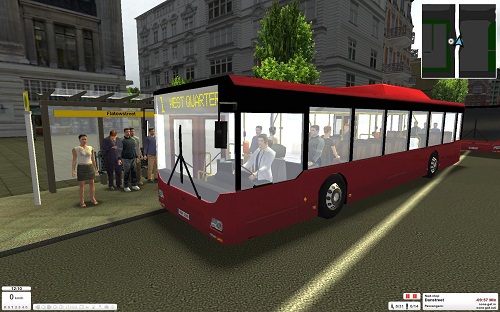 The 12 different buses available to you range from intercity ‘bendy’ buses, your average kneeling buses, and the more specialised shuttle buses and coaches for use in the 7 special tours. Each bus is carefully rendered and is the most impressive part of the game, however this is let down somewhat by the handling of the vehicles which results in a rather unrealistic looking, and feeling vehicle when you are driving the buses around. But when you consider that the only simulators to really achieve competent vehicle handling are SCS Software’s Truck simulators and Entwicklerteam Slaby’s Demolition Simulator, it is not a big issue, and does not detract away from the overall experience of the game.

A relatively original feature of Bus Simulator 2 is the actions menu that allows players to access all the capabilities of their bus with a press of the space bar, this is possibly one of the handiest features ever available in a simulator, and works extremely well for using the bus doors, selling tickets and making announcements. However, where the actions menu is helpful in some areas, it is extremely bad for the use of general driving mechanics such as indicators and other split second controls, which makes the actions menu far too troublesome to use. It has been added in as more of a helping hand for players that have a hard time remembering the controls, and within a few hours you’ll have learnt the basic controls and not need the use of the actions menu.

If you thought Tow Truck Simulator had a lot of settings, you haven’t seen anything, Bus Simulator 2 has your average core settings and more, not only can you choose to sell your own tickets, make your own stop announcements and choose whether you wish to see pedestrians, other buses and choose to sell tickets or not, you’re even able to choose how much information announcements give. 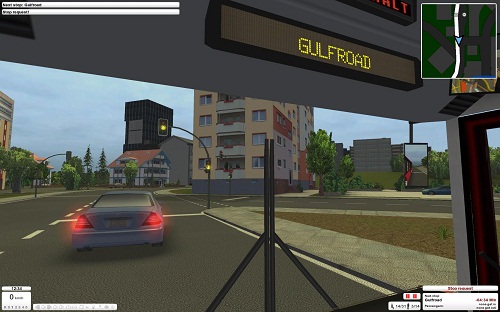 Although it is said on the box that the Highway Code must be strictly adhered to, it goes without saying that in regards to other simulation titles that take place on roads, such as Driving Simulator, very little rules are present. You are of course required to stop at red lights, but you are not penalised in any sense for driving on the wrong side of the road, or for forgetting to indicate. In fact penalties are not treated as harshly as they usually are, and only affect the amount of money that you come away with at the end of a job; of which there is a general 90% failure rating, so if you are careful enough on the roads you will find that it barely affects you.

One of the few bad points of Bus Simulator 2 is perhaps the loading; the game is required to load while driving in and out of the inner city, which takes a considerable amount of time each time it is required to load, there is a dynamic loading setting available for the game, so you needn’t wait through the loading screens in-game, however even our fairly powerful computer couldn’t make it through dynamic loading, so do be weary if you decide to use it.

Rather than stretching into management like UK and German Truck Simulator have done recently, Bus Simulator 2 sticks strictly to keeping you solely in control of your buses. Never will you hire other drivers, or make money from lines being run by other buses. Instead all the money you make, you make by yourself, you can buy all 10 bus lines, and all 12 buses, but you will only be able to ride one at a time. This does make it slightly more difficult to save up the money to afford many of the routes and buses from the start, but means you will work twice as hard when you want that better kneeling bus, or the coach that will let you finish that last special tour. 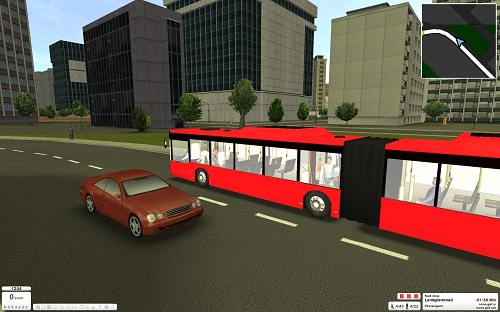 The game itself is fairly realistic in terms of buses, the inclusion of having to sell customers tickets is a nice addition; however one very unrealistic portion of the game, which may just be a British thing, but no way would so many bus passengers sit next to each other when empty seats are available.

That aside, the addictive qualities of becoming a bus driver may not be as obvious to all, but the game is definitely worth a play, even if you just want to spite your passengers by choosing not to visit their stops. Bus Simulator 2 is one of the best bus simulation games to date; it may have a few issues, and is not as exciting as the arcade frolic of Bus Driver, but it keeps the addictive nature and quaint simulation of being a friendly bus driver, and is recommended to all simulation fans.

EDIT: Thank you joe for pointing out that Excalibur Publishing now have a patch available for the issue that people have found in Bus Simulator 2 with their fleet page disappearing. You can download it from here 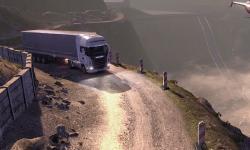 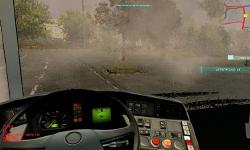