Gamercast started off as a weekly gaming podcast way back in 2005 by Paul Smith and Adam Clough, to be joined in 2009 by Catherine Woolley. Other than the weekly podcast there’s also daily entries posted on the website. In addition to those we also have a YouTube channel and Twitch.tv channel where we tend to stick our videos or stream. 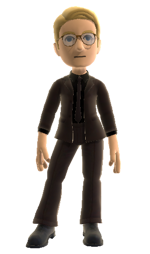 Paul was the original brains behind Gamercast, he had been keen on getting some form of podcast up and running through most of 2005. By November, just before the launch of the Xbox 360, Paul talked Adam into doing Gamercast, which kicked things off to a quick and dirty start. Since then things have only gotten better. Gaming wise, he mainly plays first person shooters and strategy games on the PC. Well known as the Victor Meldrew of gaming he always has something to moan about. He also prides himself in being able to find fault in anything. On the show he makes sure everyone else keeps their feet on the ground! Historically he’s been running one form of gaming website or another since the 1990s, Gamercast being the latest, greatest and probably least successful endeavour to date. 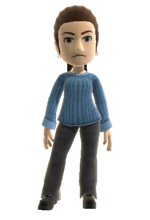 Catherine has always loved games from a very early age, the love of games then developed into her career which also expanded into becoming a co-host and editor for Gamercast. She started helping out during the summer of 2009 and has since then been a great asset to the Gamercast website. Current gaming wise you can find her playing mainly on her Xbox 360, PS3 or DS, and also occasionally on her PC. Her favourite genres lie in most with the exception of realistic sports. Her all-time favourite games are Jet Set Radio, Shenmue, Chibi Robo and anything created by NanaOn-Sha. Her current favourite game is The Walking Dead, however with the looming release of Jet Set Radio HD it’s sure to change soon. You can also find Catherine on Gamercast’s YouTube channel doing what she loves best, talking about games and unboxing collector’s editions.

Gray is the best 😎 assuming he starts doing some work. 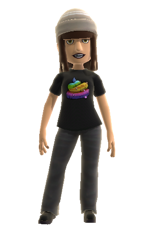 Charlotte lives and breathes games, and if she’s not playing something, the rest of her waking life she can be found writing news articles and reviews for Gamercast. Once quoted as saying there is no such thing as a bad game, she manages to find the bright side of any situation, and a fantastic characteristic in every game. You’ll usually find her on her PC playing a concoction of simulators, adventure games and strategy titles, however she loves her Xbox 360 and will get as much gamerscore as she can during her extra-curricular gaming time. Her all-time favourite games are Psychonauts, Mafia, The Longest Journey and practically any adventure game that comes out of Germany. Her current favourite game is Crusader Kings II. A day rarely goes by that Charlotte doesn’t devote herself to the Gamercast website, but if it does you may just find her showing off her latest pickups on Gamercast’s Youtube channel, she’s got a bit of a collecting problem…

Adam is a gamer, well so we are told. We would link to Adam’s blog but it hasn’t been updated since the Burning Crusade came out!

Tim occasionally writes reviews for Gamercast, the rest of the time he can usually be found playing games on the Xbox 360 or PC; otherwise he’s watching How I Met your Mother.