Sifu offers plenty of skills and upgrades to unlock but the reality is that only some of those skills are particularly useful, to the point I didn’t even need to unlock all of them to finish the game. Throws and pushes into the walls are all well and good for getting that structure bar to break but that’s not going to cut it for the tougher enemies and boss’.

Split in to two groups based on how you acquire them, I’ll take you through my personal top picks for each group but bare in mind you’re going to want to work towards them at the same time.

These skills will need to be bought at least 6 times to permanently unlock however, after your first purchase the increments will be saved across all of your runs.

Weapon Catch – Unlock by level 2 and a must have for level 3. Weapon catch is going to stop you from taking both structure and health damage at range – cutting down on the risk of facing multiple opponents.

Raining Strikes – Raining Strikes is a great skill to build up a lot of structure damage at the end of a combo or after picking an enemy up off the ground, even if the enemy blocks the attack you’ll build a significant amount of damage with this skill. You’ll just have to get to grips with the timing.

Charged Backfist – You’ll want this move by the time you reach level 3.

Pair with the eye strike focus attack to stun and buy yourself time for the charge. Probably the most important and useful move of the bunch, this move changes into a charged one-hit K.O. when equipped with a bladed weapon and will make those tougher enemies like the Flashkicks, Juggernauts or Bodyguards a breeze.

Crooked Foot – A must have for the last boss of the game but ideally you’ll want it much earlier. A great move for building structure damage on boss’ and elites that only give you a couple of hits before evading and parrying again. This move will knock them down and allow you to pick them back up before they recover.

Ground Counter – For whenever you get caught out, this will help you get back on your feet and offer some defensive capability even when you’re on the ground especially against Flashkicks.

Slide Kick – Generally speaking a useful utility move to knock down some of the enemies and buy yourself some time to thin out the groups of enemies.

Pushback Cancel – Another great move to keep you away from the walls and avoid substantial structure damage.

You’ll find three of these shrines per level and are exclusive for your run or lifetime… should you replay a stage the upgrades will revert to the level they were before you started there the first time.

Health On Takedown (Age Restricted) – You’ll want to focus on getting two of these upgrades on the first level to help replenish your missing health from those heavy hitters and increase your survivability against the bigger groups later on.

Parry Impact (Score restricted) – This one requires the highest score (Per level) to unlock but is worth practicing to get. (Try to get this upgraded once per level for the first three). Parries are essential for building structure damage and especially so for the later boss’ who give you no room for your own attacks. It’s a no brainer to make your parries as effective as possible and cut down on the time it takes to down an elite or boss – avoiding any potential mistakes during enemy attack patterns.

Structure Regain (Score restricted) – Avoiding attacks will recover some of your structure and it becomes increasingly natural for you to want to parry attacks more often than you avoid against boss’ simply because it feels safer to do when you’re unsure of the timing or height of the attack. Structure regain will help you recover more structure on the attacks you know how to avoid.

Focus Reserve (XP Point Cost) – Pop this up to level 2 so you have just enough to afford all but one of the focus attacks in fact, the thigh cut focus doesn’t feel all that special to be worth the extra two shrines to get access to especially considering you’ll be using the bladed weapons for their one hit K.O.’s that destroy them on use.

Structure Reserve (Age restricted) – Once again boosting your maximum structure so you can parry for longer and take those inevitable pushbacks into the walls with some structure to spare.

Hopefully this guide gives you a better idea of how to make the most of your Sifu journey and its more useful skills no matter what difficulty you decide to tackle. Good luck. 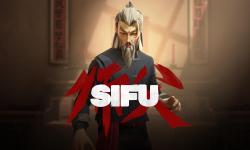