So, only a few hours ago Sony officially announced exactly what people were expecting; PlayStation 4! This PlayStation conference turned out to basically be what many would expect of the annual e3 conference, and references aplenty were made to the 'PlayStation ecosystem', and the reinforcement that the PlayStation Vita and PlayStation mobile experiences are still being improved, sorry PlayStation Move, looks like your spotlight is gone... or is it!

The PlayStation 4 was specifically announced, hoping to evolve the PlayStation brand to a multidimensional experience with the Next Generation Platform, with architecture that hopes to rival all. However far more interesting was the official unveil of the Dualshock 4, with its interesting new design that includes a touchpad, headphone jack and the all-new share button. 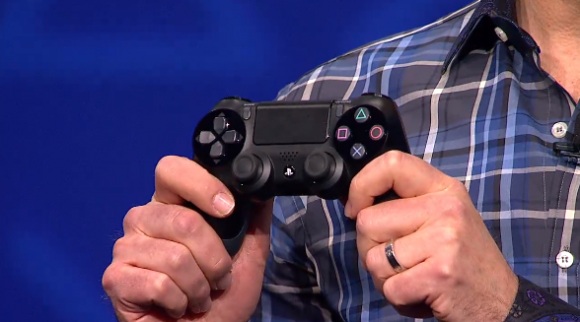 The share button is all part of a fantastic new revolution in console gaming thanks to a partnership with Gakai that will see full streaming of play available on the PlayStation 4, allowing you to basically achieve the same as the Gakai and Onlive platforms, but on your console. Letting you share screenshots, videos and even spectate on your friends, heck you'll even be able to jump in and show your friend what they're doing wrong! Space age huh? Well, apart from the bits where your PC can do the same thing.

This is all coming alongside the full integration of online, giving users access to the catalogue of PlayStation 3 games through streaming with the Gakai systems, not only that but Sony promise that you will not be limited to your gaming thanks to the speed that your internet connection will take to download a game, and you will be able to play games purchased for the PlayStation 4 whilst they are downloading, sounds a little too good to be true right?

The conference was not simply about the hardware however, and new games were shown off by the plenty, with Japan Studio's new cutesy title Knack, to Killzone Shadowfall there was a little bit of something for everyone, and boy did it all look pretty. In fact the trailer for Killzone even looked tempting to myself, well that was until the shooting began... Props to them, the lengthy introduction to the game was actually very impressive, and the city scape is absolutely breath-taking!

The surprise announcement of sorts was Drive Club from Evolution Studios; a game envisioned by the studio almost ten years ago. It’s a simple concept, allowing you to drive the car you want, in the locations you want with collaborative gameplay in teams! Allowing you to drive in groups in asynchronous play as though you are in an actual driving club, although the social aspect does look very similar to that of EA's Autolog, letting you set times and challenge your friends across the world.

Evolution's amount of detail in Drive Club are on the verge of car spotting; everything is promised to feel as though you are truly experiencing the car, you will be required to put on your seatbelt, start the ignition and race off, with unique light refraction and a true first person experience. So those that like to play their driving games from the 3rd person may want to look away. Fingers crossed this is an actual simulation racer and not some arcade affair!

Fans of Infamous will be pleased to hear of the announcement of a new game in the series in Infamous: Second Son, that down to the build-up of the game hopefully promises to be something a little more serious, unfortunately the reveal didn't really give gamers much to go on.

More into the indie side of things, Braid's Jonathan Blow appeared on stage to inform followers that his upcoming game the Witness will be coming to PlayStation 4 first, he also had some things to say about the game, but we found it hard to pay attention...

This wouldn't be a Sony conference without input from their beloved and recently aquired Quantic Dream, so David Cage came on and showed off the graphical capability of the PlayStation 4 with the technologies they have created, it looks pretty impressive to say the least.

Media Molecule's Alex Evans also appeared with a surprise announcement of their new title that takes the Move to its true potential. Whilst an actual title was not officially announced, the concept is all there; a sculpting tool to bring dreams to reality!

But these are all first party developers which the console will always have plenty of, and it's really the third party companies that make the games that most spend their time playing, and with a bountiful selection apparently already on board, the life of the PlayStation 4 is looking pretty promising.

The start a slew of announcements was the loveable Yoshinori Ono, with Capcom's new engine Panta Rhei, designed with the PlayStation 4 in mind, alongside it came the announcement of a new IP; Deep Down that looks like a very exciting knights and dragons! What's not to love! A little less impressive was Square Enix who showed off the same tech demo Agni's Philosophy that was seen as e3 last year, however there was a hint to a new Final Fantasy announcement in June!

To finish off we're treated with the first new footage of Ubisoft's Watch Dogs since e3, and it looks stunning! Activision appear with a quick sneak peak of Bungie's Destiny, oh, and Blizzard came on and announced their partnership with Sony as they bring Diablo 3 to the PlayStation 4... Bit late, but with four player cooperative, it may be the reason that some Blizzard fans look at the PlayStation 4.. Maybe... No, didn't think so.

Well that was it, unfortunately there are still no confirmed details on the media used -if any- with the PlayStation 4, or price structure in the slightest, all we have to go on is a prospective launch window of Holiday 2013, until then I say roll on e3 2013! 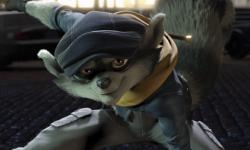 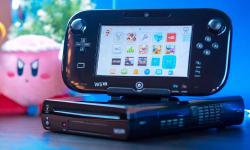 An early look at the Wii U, Network and Miiverse 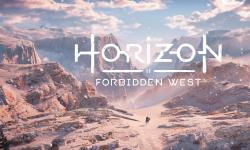 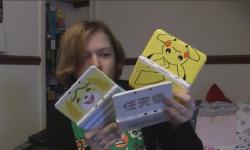