Kalypso Media and Enigma Software have announced the release date for their upcoming game that hopes to change everyone’s opinion of arachnid creatures! That’s right Alien Spidy the cute but addictively challenging action-platformer is almost ready to crash land into the terrifying world of Earth! 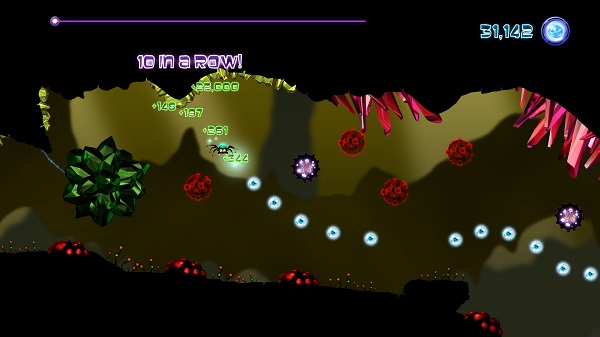 Our cute little protagonist crashes onto Earth after following his female companion Virgi and must collect all of his lost ship parts with his unique web-swinging abilities, if he is to escape this dangerous land.

Don’t let his adorable eyes fool you, Alien Spidy is no child’s game; deeply rooted in skill through skidding, jumping and swinging from collectable to collectable looks to be a true challenge for those that love a good perfect playthrough.

Alien Spidy is scheduled for a release March 20th 2013 for the Xbox Live Arcade, Mac and Windows PC for 800 Microsoft Points and £7.99 respectively.