As if it wasn't hardcore enough, Kalypso Media Digital Ltd and Enigma Software have released some new DLC for the harrowing platformer Alien Spidy, we fell in love with the ridiculously challenging game that has the cute and colourful visage of a child's game, but gameplay fit for only the best gamers.

The new Easy Breezy DLC is out now for Xbox Live Arcade and adds three new 'special' levels in each of the environments that will put even those that have completed every level with five stars to the test! They may look simple, but it will be so much more difficult to avoid those fish, spikes, poisonous fungi and those irritating mosquitos whilst managing to pick up each and every collectible. Think it looks easy? I think you should play Alien Spidy! 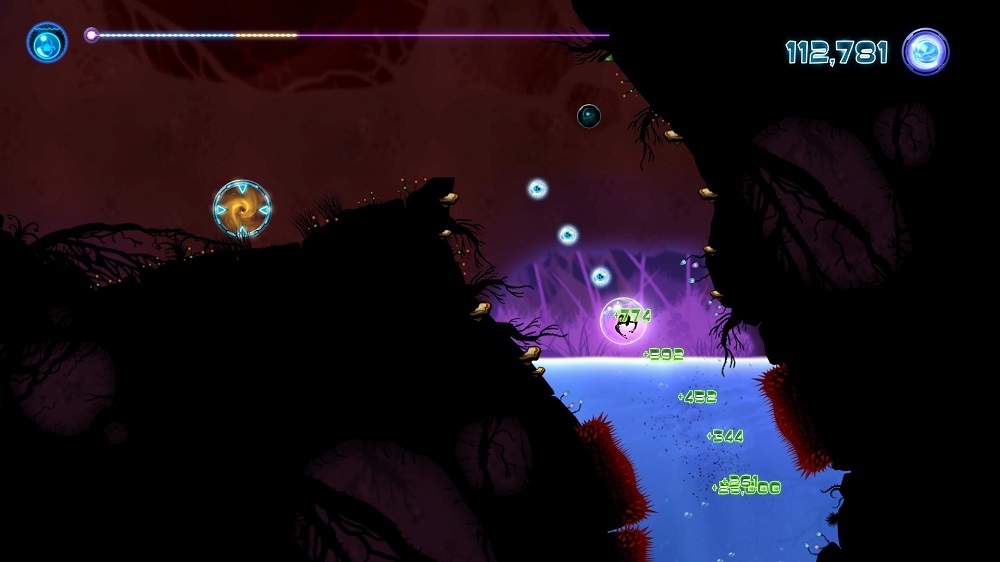 Our cute little protagonist crashes onto Earth after following his female companion Virgi and must collect all of his lost ship parts with his unique web-swinging abilities, if he is to escape this dangerous land. Don’t let his adorable eyes fool you, Alien Spidy is no child’s game; deeply rooted in skill through skidding, jumping and swinging from collectable to collectable looks to be a true challenge for those that love a good perfect playthrough.

Alien Spidy is available now on Xbox Live Arcade, Playstation Network, Mac and Windows PC, and the Easy Breezy DLC is out now for the Xbox Live Arcade for a mere 160 Microsoft Points, are you up for the challenge?