So the ironically named Easy Breezy DLC clearly wasn't enough because Kalypso Media Digital Ltd and Enigma Software have released another new DLC pack for the nail-bitingly challenging platformer Alien Spidy, we fell in love with the ridiculously hard game that has the cute and colourful visage of a child's game, but gameplay fit for only the best gamers.

The Between a Rock and a Hard Place DLC is out now for Xbox Live Arcade and Windows PC and includes three new challenges in the Forest, Ponds and Caves and takes no mercy! Do you reckon you've got the skills to traverse each level without any mistakes? One slip up and you'll be sent right back to the start, I know I'm not capable of such a feat, are you? 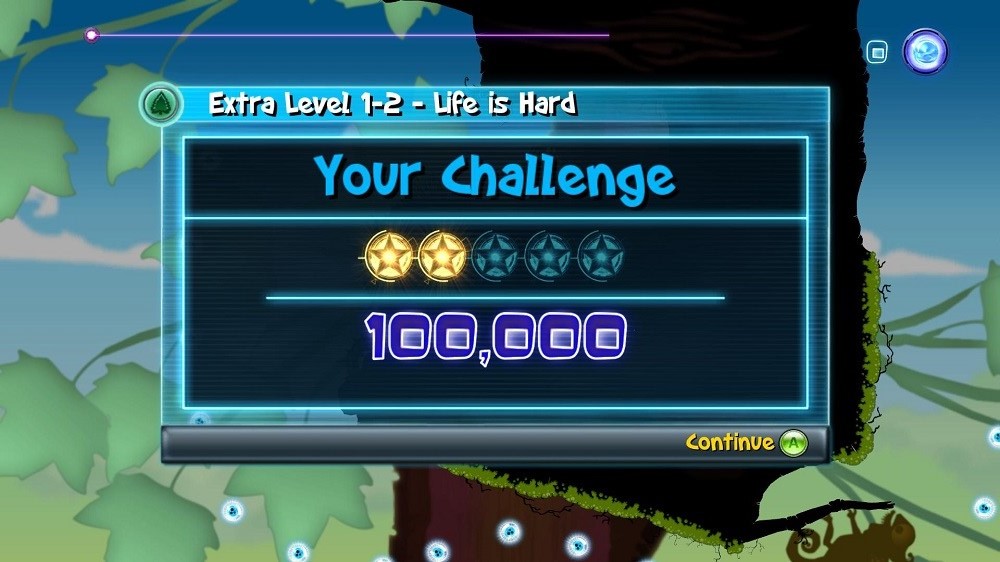 Our cute little protagonist crashes onto Earth after following his female companion Virgi and must collect all of his lost ship parts with his unique web-swinging abilities, if he is to escape this dangerous land. Don’t let his adorable eyes fool you, Alien Spidy is no child’s game; deeply rooted in skill through skidding, jumping and swinging from collectable to collectable looks to be a true challenge for those that love a good perfect playthrough.