Tiny Troopers is an action/RTS where you control a group of tiny soldiers who are on a mission. It may have tiny in the name but really that's only about their size, as in terms of gameplay it has a lot to offer with 30 levels that are spread across three chapters, along with three levels of difficulty.

Well Iceberg Interactive have recently released Tiny Troopers on Windows via Steam, however it started off as a game for mobile devices and this can be noticeable while playing the game. As it was designed for mobiles devices in mind the controls are very simplistic, which means you can get to grips with shooting little enemy soldiers and blowing up bunkers straight away instead of sitting through masses of tutorials.

At first I found it a little too simple, the average duration of a level was a couple of minutes and the enemies weren't very challenging. However after progressing through the warzones it started getting noticeably more difficult, I seemed to of underestimated the enemy forces, the little soldiers I had managed to keep alive for so long were soon obliterated by tanks and mortar strikes.

The harsh reality is you can sometimes grow close to your troops, if you are good enough to get through each level without a soldier dying they start to go up the ranks. This is all well and good until your entire squadron you worked so hard to keep alive, get wiped out. It's not the end of the world if that happens though as they are easily replaced by new soldiers willing to put their lives on the line, but this can sometimes be annoying as if you have a trooper ranked really high they are replaced by a brand new low ranking soldier. 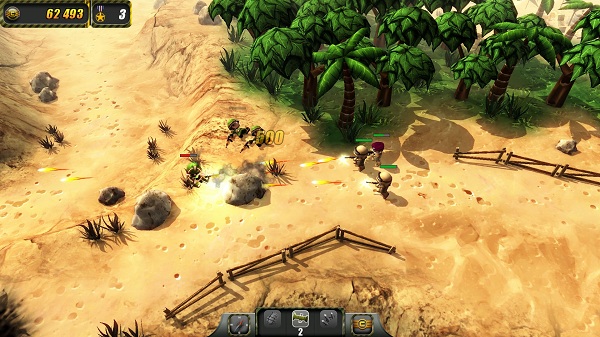 The main objective of each level contains a couple of tasks along with the constant duty of keeping your troops alive. There are different objectives to complete depending on the levels, for instance there are maps where you need to survive, rescue hostages, escort journalists or destroy all the enemies and buildings.

Throughout each level you gain Command Points which can be earned by destroying vehicles, buildings, enemies, or by finding collectables such as dog tags and disarming MDW missiles. There are also golden medals to collect to help advance the overall stats of your soldiers and these last throughout the game.

The Command Points can be the difference between life and death; before the helicopter drops you off behind enemy lines you are able to spend your points, giving you a bit more of a fighting chance. You can spend the points on power, range, rate of fire on weapons and on increasing your armour, and if you have enough points you can even buy a specialisation soldier to join you. These are more expensive but can give you extra grenades, rockets or heal your team, and they count as extra fire-power which is helpful.

During a mission if you find yourself struggling in the sandy deserts or snowy mountains with one lone soldier, or you have no explosives left, you will able to fly in some last minute supplies to save your behind, but you will need the right amount of Command Points in order to do buy them. Meanwhile in the mobile version there is an in-app purchase point where you are able to spend actual money to gain command points if you're stuck in a desperate situation. 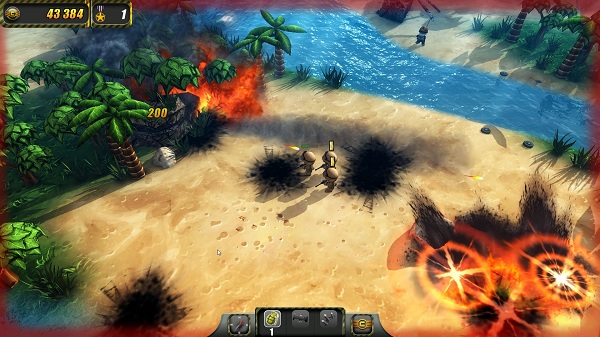 Visually it looks really good for a mobile game, it features different environments from tree filled forests, to sandy deserts and icy-cold snow-filled levels. They've also taken the time to fill the game with visual effects when firing rockets and blowing up mines with nice big explosions. Each soldier has a funny expression on their face to bring a bit of humour to the game, as well as to give a character to each troop, along with quirky and cute sounds they make as you shoot. The soldiers shout a range of lines in a high pitched voice as they leave the enemy in a pool of their own blood, in some cases the enemy will even have a comedic over-exaggerated death sequence. It brings a funny black comedy feel to the game as it's cutesy yet overly violent.

There has also been a recent update to the game where it pits you against an incoming infestation of zombies, where you are forced to defend yourself to survive the hardest mission to-date. So if you really want a challenge you need to play the zombie mode.

Iceberg Interactive and Kukouri have brought a highly entertaining little package of fun, but it doesn't come without a few problems, for example the troopers can easily get stuck so you have to search around for them. None-the-less it is a great little game to play when you've got a little time to spend on a cannon-fodder-esq game with a great sense of humour and unique missions. It is available for £7.99 on Steam or your local retailer it can also be purchased for £0.69 on the iOS App store and it's due to have a release on Android later this year. 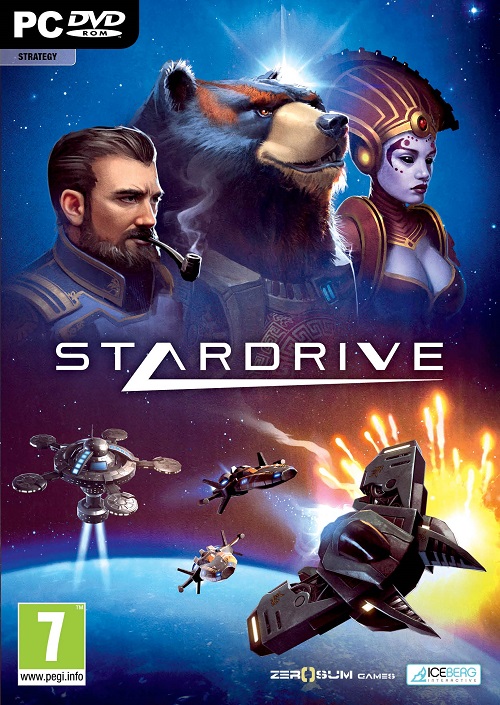 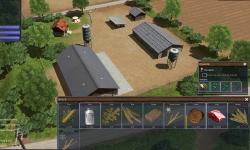 Will you slaughter little Carsten in our review of Farming Manager?