Mars used to be about the chance of a new life, but now it’s just dry, arid and very very dusty, those that moved to the planet with a glint of hope now struggle to survive, to make matters worse, the turbulent planet of Mars is never at peace, and it doesn't take a much for an army to rise, vying for the control of the most precious of commodities; water.

Mars War Logs is an inherently story driven RPG complete with comprehensive real-time combat, the story is based around Innocence, a young misguided kid who joined the Guild Protectors to fight for Aurora, but ended up as cannon fodder on the front lines, rather than killed on the battlefield Innocence was captured by the Abundance and sent to a PoW camp, which is where our story turns, because you don't actually play as Innocence, instead you play as his saviour of sorts, the gravelly Roy Temperance who's had just about enough, and hopes to change this dirty planet. 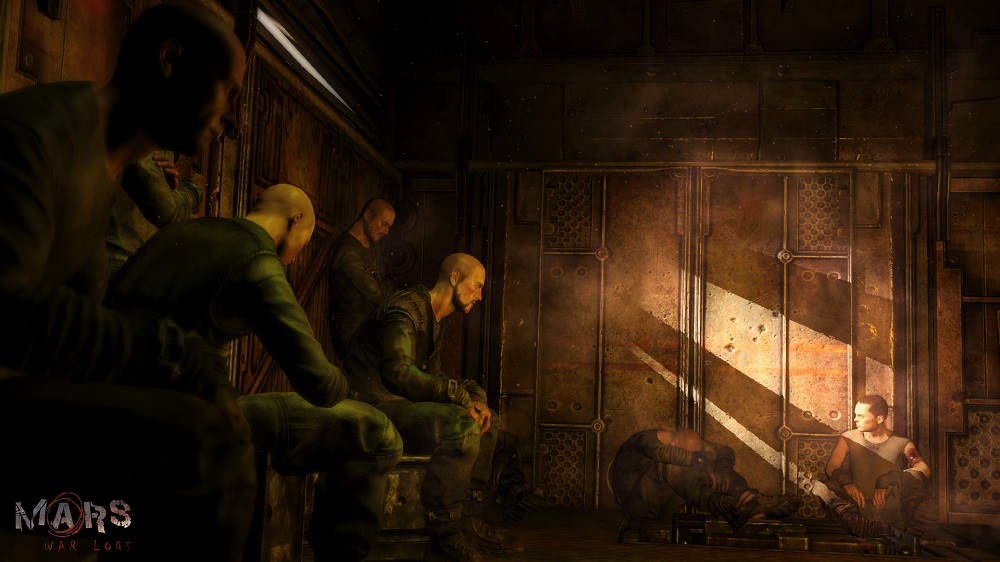 For an RPG, the combat in Mars War Logs is surprisingly good fun; this isn’t a turn based affair similar to Spiders’ previous game Of Orcs and Men! Battles are all fully real-time, and is not the usual generic button mashing, the combat in the game is extremely varied, and your enemies will make sure of that; use too many standard hits and they’ll block, try too many guard breaks and they’ll evade you, but throw some sand in their eyes and they’ll be putty in your hands for a few seconds! Then all you need do is fire off a shot from your nailgun, or a blast of your technomant powers to take them down, and best of all, if you aren’t a dab-hand at combos then you may just love the counter system that works like a dream for the eagle-eyed, the only trouble is that whilst you’re busy darting around battle picking off your enemies, the camera does not work in your favour making most fights very messy.

Mars War Logs features a companion system, it’s what all the cool kids are doing after all, and you do get to learn the stories behind these strange characters, like the brainwashed Mary, or the wide-eyed Innocence, unfortunately their backstories are the high point of their existence; the selection of characters that you come across can all hold their own, with technomancers, soldiers, even bounty hunters to accompany you in battle you'd think they would be a valuable asset, however their effectiveness in a fight just doesn’t shine. Sure they'll attack enemies, and you can give them orders to attack certain types, but more often than not you’ll find that after dealing with the four enemies that have been hounding you, your companion is struggling not to die against one single enemy that they’ve been attacking all this time.

An interesting inclusion to the game is the particularly effective crafting system, whilst you won't be building armour and weapons from scratch, a slot system allows you upgrade certain items with objects picked up from the wasteland environment such as scrap metal and leather, each with their own unique properties that can be used to improve your equipment. But that's not all crafting offers, and for those players that find they use up consumables such as health packs and ammo a bit too quickly, War Logs' crafting system allows you to create them all with such ease at the cost of a few pieces of crap you found lying around. 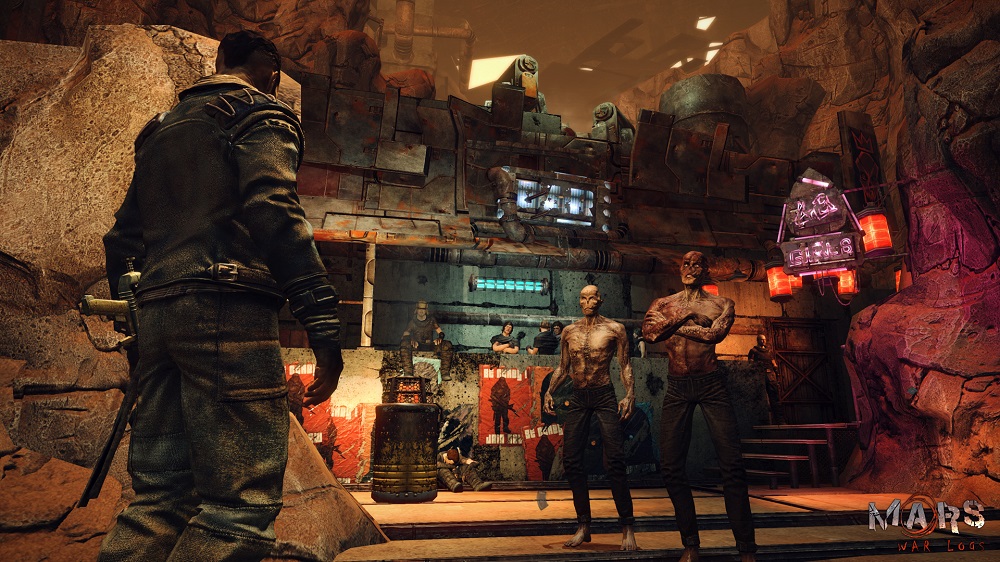 As a roleplaying game, Mars War Logs would be nowhere without skill trees, and the skill trees in the game are very effective, although used solely for battle, you won’t be increasing your charisma or strength stats everything is about increasing your chances to hit, or the effectiveness of certain attacks. To make it even tougher, you won't find yourself vying for obvious upgrades, and split across the three disciplines of combat, renegade and technomancy, of course it’s all down to personal preference and playstyle, but when you’ve the choice to enhance your melee, ranged or electrical casting, it’s not an easy one.

Any RPG fan out three will probably agree that side quests are a fantastic addition to every great game, for instance an Elders Scrolls' side quests will keep you entertained for weeks on end, which is wonderful, because they’re all hidden away in the games' huge world for those keen-eyed explorers. However the Elder Scrolls makes a special exception, purely for the size of the game, in contrast, Mars War Logs is a far more linear experience, and in such a situation there is such a thing as too many side quests, but that would be an understatement for War Logs, which is a shame, because none of them are particularly bad, and each fits into the game and its environment beautifully. But due to the close-knit locations you will literally find yourself going back and forth, back and forth, and back and forth as you vie to complete them, and after a while it’s difficult to not get fed up with the amount of time you spend on your feet for each of them.

Mars War Logs belongs to the beloved genre of science fiction, and despite it looking like your run-of-the-mill post-apocalyptic adventure -granted, there are mutants- War Logs isn't simply a fallout clone. It's story is pretty involving, and it contains such a diverse range of characters that you have the choice to found out more about, which really helps to flesh out the universe that the game is set in, however for all the intriguing characters and beautifully low tech science fiction, Mars War Logs is missing that spark that gets you really hooked into a game, that ultimately comes down to the fact that even at 16-20 hours gameplay, the game is too small to fit the overall scope. This isn't helped by the almost claustrophobic labyrinth style locations and the lack of interactive characters, basically if you can talk to a being in the game, it's always for a reason which regrettably takes down the wonderful walls that the shining aspects of the game help to build. 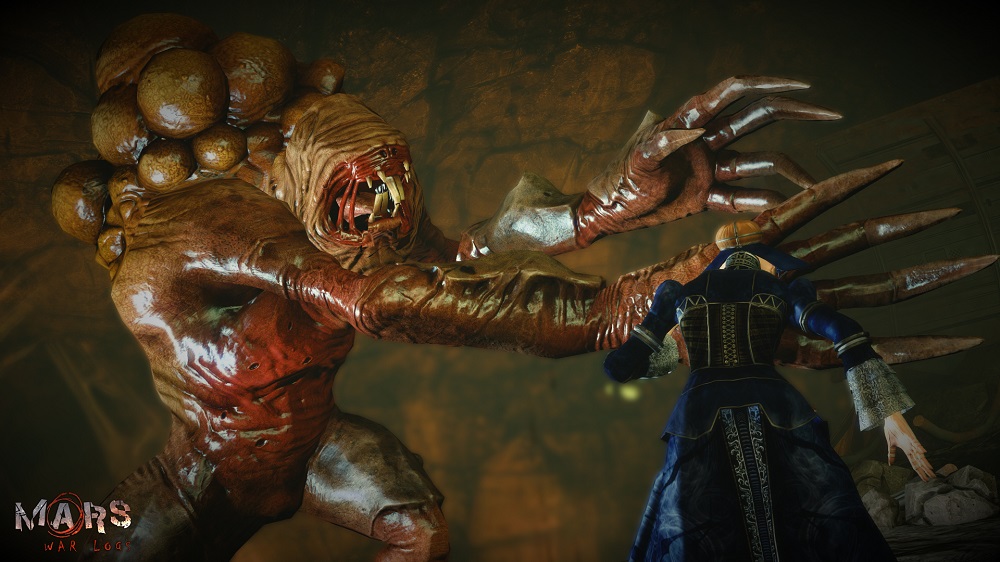 Mars War Logs is billed as a game where your choices matter, and in some respects it does, but you can't help but feel that whilst your choices will make certain events take place, or not, it all occurs in a very linear fashion, such as siding with either the Resistance or Honour Guard to take out the crazed Technomancers, sure it means that different events will take place, but the choice is an Ultimatum, it is nice to see that failing to deal with a serial killer will see them strike again, but for the length of the game just not enough consequences are seen, and in all fairness when conversing with individuals you'll find that your choices lie between 'I'm going to kill you' or 'I'm going to let you live'.

Set on the bleak planet of Mars one great facet of the game is its monetary system, you won't be using bottle caps or your standard Moolah, in Mars War Logs your currency is Serum that is extracted from humans, effectively killing them, it's a very dark idea, but unlike harvesting ADAM, won't find yourself feeling guilty for doing such a depraved deed, and as we explained to one of the later companion's Judy, they attack us first, because you'll only ever take fluid from people that you take down in battle. Like all good monetary systems it eventually becomes stagnant, however this is more down to an over-abundance of fights on offer coupled with the very few merchants that you will encounter, however it is important to bear in mind that health injections can be crafted with serum, which is very, very handy.

Of course harvesting the fluid of humans comes at a price, and the game features a mild morality system, which is actually very nicely self contained; you won't find yourself literally turning evil, but if you give yourself a bad reputation by making the decision to finish your enemies off for their precious serum, you'll find that conversations can be led your way through intimidation, of course you'll also find that merchants are a little more hesitant to give you a good deal. Thankfully Mars War Logs doesn't set up for a morality system of epic proportion which considering the linear playstyle of the game, really does it justice. 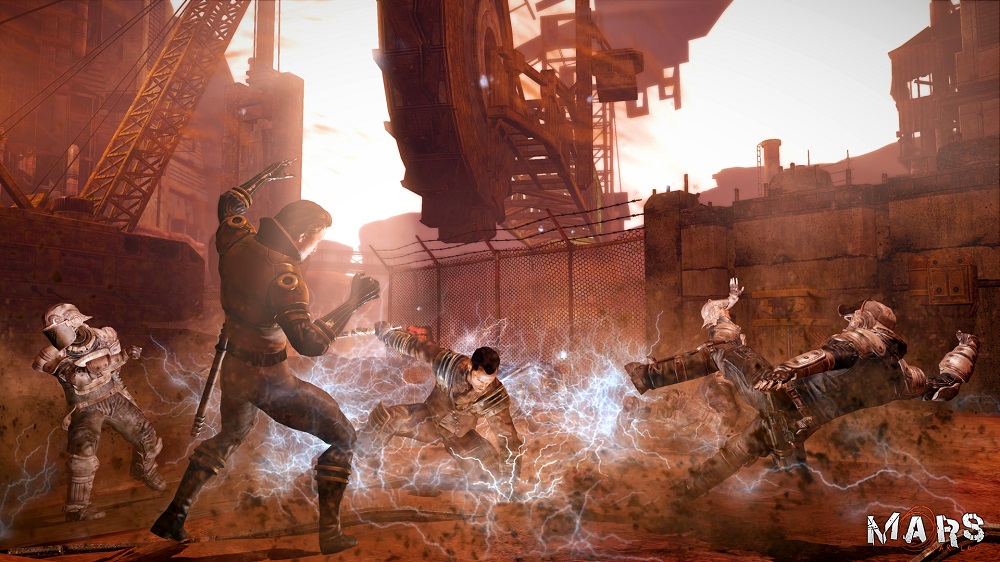 It may have its faults, but you cannot ignore Mars War Logs' absolutely satisfying combat system, for this very reason it does not simply fade into the crowd of real-time combat titles, and across its four difficulty settings you will find a truly challenging game, couple this with the crafting system and you've got a winner on your hands which is unfortunate when you consider that the rest of the game just isn't up to scratch, however one thing we can guarantee is you won't find such an interesting RPG on the Xbox Live Arcade anytime soon.

Mars War Logs is available now on the Xbox Live Arcade, PlayStation Network and Windows PC for the low price of 1,200 Microsoft Points, and £14.99 respectively.