A magnificent return to form for my favourite video game series, Streets of Rage 4 brings an otherwise simplistic and outdated style of gameplay and brings it into the modern day without tarnishing the magic of the original thanks to respectful, heavily stylised artwork and sound design that pays homage to its roots in arguably the best revival of a vintage video game series to date. Having been 26 years since the last entry in the series it had big shoes to fill and I’m happy to say it exceeded my expectations in the most joyful way.

There is a strong French influence to this entry in the series thanks to the Parisian Developers Dotemu, GuardCrushGames and Lizardcube. Everything about the game has a truly unique feel and vibe that I now identify as their brand which lends itself to being a memorable gameplay experience and here’s why.

Streets of Rage as a series has always had a very memorable soundtrack, so much so that it maintains its place as one of the more formative influences of my musical tastes. This 4th entry is no exception, jointly created by French composer Olivier Deriviere and original artists Yuzo Koshiro and Motohiro Kawashima Streets of Rage 4 gives each of the 12 stages their own audible signature and vibe to compliment the environment - seamlessly moving from ambient, context sensitive audio and going all out with heavy clubland, high adrenaline hip hop and EDM to keep the attention of the player. Upon booting up the first stage you are greeted by a song titled “They’re Back” - A direct reference to the 26 year gap between the 3rd entry and now which is also a remix of “Go Straight” from Streets of Rage 2 – a track that many fans link to be the quintessential soundtrack of the series. It sets the bar for the rest of the game and drives home how the team wishes to honour the series’ roots. There is the option to play through the game with a handpicked mix from the original trilogy however, with the amount of passion and respect that has gone into the new soundtrack I find it very difficult to appreciate the blending of eras and prefer the game with the new sounds as intended. My favourite is Stage 4’s “Down the Beatch” that blends the 90’s “Boots and Cats” clubland with awesome synth piano that feels lost to the passing of the decades – stirring the party animal in me.

A handful of the stages also include an abundance of easter eggs that among cameo appearances include unlockable retro areas and enemies. It’s a further nod to a beloved series that knows its target demographic are older and loyal gamers hoping to see a little of what we know return with a shot of nostalgia for good measure.

Along with the beloved returning cast of Axel, Blaze and Adam comes two original characters Cherry Hunter (Adam’s Daughter) and Floyd Iraia (An assistant of Dr. Zan) to take the newly revived Syndicate (Thanks to Mr. X’s children the Y twins) down once again. The story unfolds through a series of post-stage animated comic strips that follows a similar concept of corruption however the most interesting content I found was the character bios in the extras menu explaining what the cast have been up to in the past 10 years alongside one of the better songs on the soundtrack that will seemingly be lost on many a player not interested in the concept artwork or character development. Which is a shame. It is also a shame that the voice acting has been relegated to the character select and the input of special moves but just as understandable why this is as an indie project.

The gameplay follows a typical theme of side-scrolling beat ‘em ups combining a collection of interactable weapons and unique character skills but expands upon that arcade aesthetic and rewards players by exploring and exploiting the limited but widely customisable range of special moves to keep the bad guys in the air for maximum damage: Higher point scores are rewarded for the most optimal of combo strings if you can exhaust the combo timer without being hit and “cash out” - netting some extra lives at various milestones. Some combo’s when discovered have the ability to take boss enemies out in one fell swoop and as seen on many a youtube upload can span the entirety of the level with some clever finagling of special move properties like Axel’s sliding from his charged heavy attack. It’s a style of gameplay that becomes progressively more enjoyable as you learn how to use your character and the more players there are which leads me to my next point.

While a negligible gripe for myself as a solitary gamer and rare presence among multiplayer spaces, online co-op is relegated to 2 players only and local play supports up to 4, it’s a bizarre constraint which I can only assume is an issue with syncing data between 4 networks however it’s still rather unfortunate that a game that shines brightest when played with others hasn’t made the best use of modern technology to bring people together to enjoy the series revival. I fortunately had a partner in crime in that of my brother to take back the streets.

All in all, I am incredibly overjoyed that this series is back and hitting harder than ever. I have been waiting a long time since the initial teaser, years of rumours and cancelled projects that I feared it would never happen and would become a shadow of its former self if it ever released, but this trio of developers have reinvigorated the series to a resounding success that ooze a unique flair for giving the fans what they want while still retaining their own style and image. With the latest Mr. X nightmare DLC that introduces new characters, a survival mode style of play and unlockable alternate moves for each character, I can safely say that I among many will be playing this for years to come in competition for the top spot on the leaderboards. 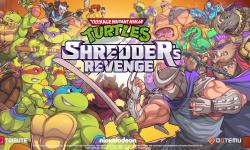 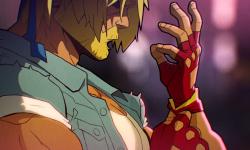 Streets of Rage movie reports to be in production... but is it really?