Digimon as a video game franchise has historically shown a reluctance to commit to any one genre and the latest title from developer Hyde tackles the Visual Novel variety with a sprinkling of some rather basic and uninspired Tactical RPG elements.

After multiple setbacks in its development (Including the pandemic) as far back as 2019, Digimon Survive was already setting itself up in the eyes of fans as a game that would potentially release as an underwhelming and un-polished product… I must agree. Nevertheless, not all is lost as the story of Digimon Survive takes the franchise’s darker roots and multiplies them to highest power that the series has ever seen leading to a remarkably sombre and traumatic adventure I am not soon to forget.

The game sets itself up in a fashion reminiscent of the original Adventure series as a group of kids prepare for their first day on a camping trip and somehow wind up in “Another World” filled with monsters and danger at every turn. Lucky for them, not all the monsters are bad and soon these young children find themselves attached to the hip with their “Partners” who swear to protect them against an otherworldly threat hellbent on using them in ritual sacrifice.

Dialogue options and a handful of grid-based tactical battlegrounds make up the bulk of gameplay. Split into 12-13 chapters, the game will periodically give you what they call “Free Time” and “Exploration” events in between the main scenario to check new areas and speak to the characters – building their affinity through the correct dialogue options. Building Affinity with the other characters is paramount to their survivability (in some cases) and further serves to unlock their partner Digimon’s higher forms in battle.

Bringing the series into the modern era, during these free time and exploration events the player can use their phone’s camera to discover hidden items and extra “Shadow” battle events containing even more exclusive items, equipment and Digimon to recruit and build your army of monsters. The rest of your time will be spent in the menu’s “Training” and enhancing your growing army of monsters through food items and special gems respectively that increase stats or grant new skills for added versatility in battle. It is an admittedly basic hybrid of RPG and Visual Novel tropes and yet still falls short in its delivery.

Digimon has never shied away from using the more adult and heavier themes of abuse, loss, and threat in their franchise and Survive is the darkest it has ever been. Personally, Digimon shines brightest when it employs horror and the more “sensitive” of topics as plot devices and this is the most hard-hitting story we’ve yet to see from the franchise. Living up to its namesake, Survive’s cast of characters can die if not cared for and the repercussions will be seen across your playthrough. The grisly still artwork that snaps onto the screen combined with the bone-chilling screams of terror unsettled me more than some horror games I have played!

The only reason Survive can tell this story so well is because of its greatest feature: atmosphere. Without seemingly doing much compared to other games, Survive’s blend of anime, Visual Novel stylings and melancholic musical score salts the wound that even in the games more cheerful moments… these characters are in a state of suffering and their lives are constantly at risk. The games continuously oppressive atmosphere and its oftentimes haunting soundtrack (or lack thereof) shaped an unforgettable narrative experience.

Through the “Free time” moments and higher affinity events I came to care deeply for some of the characters as I spoke to them and revealed their backstory but even more so than them, their steadfast and loyal partners who are wondrously endearing and never faltering in their caregiving duties… other characters however I wished to be rid of as quickly as possible. To talk specifically, I have never been more incensed by one character that I was supposed to feel sorry for and looking back, I see it as a mark of good writing that I had such a strong emotional response to their behaviour. Despite my protest of absolute contempt, I could not stop playing and I needed to see the sub-plot resolve in some way. The multiple endings can fix those “less than favourable” behaviours of the cast in regards to those darker themes but it never fully absolves them – leading to a stronger sense of character development. At the time, I was ready to check out but I am glad that I persevered.

With multiple playthroughs in mind and given how the only real change happens in the last 4 chapters of the game, I am glad to see auto-battle and auto-skip implemented into the games design consequently. I could leave the game to essentially auto-pilot until I reached the areas of the game I had yet to experience. It made multiple playthroughs more “User-friendly” than most.

The Visual Novel style is not going to appeal to many people and falls victim to a lot of filler type scenarios to flesh out the gameplay experience whereby the player feels the need to tediously double and triple check areas with their phone camera and talk to the cast after every minor event to ensure nothing is missed. As a completionist and overall glutton for punishment, It led to me spending a great many hours over the estimated time to complete this game.

Survive also suffers from an all too popular trend of games presenting the “Illusion of choice” as many of the dialogue options do not change the narrative and instead are used as a device to increase the Moral, Wrathful and Harmonious statistics for your playthrough to dictate your games ending.

After only an hour of playing I resorted to scan reading the bulk of the text as much of the dialogue and monologue sections lack any pertinent information and once again felt like filler.

Barring one of the endings (Where the reference is glancing at best), there is a distinct and oddly questionable emphasis on removing “Digi” from all naming conventions e.g., Digivolution, Digital Monster etc. apart from being used to collectively refer to the creatures in the user interface – taking the creative liberty to adopt them as grim folklore and myth from an age where both worlds were once one and the same. It is a strange contradiction to see the franchise’s foundation being used so half-heartedly and without relevance to Survive’s story.

As mentioned earlier, there are multiple endings depending on your “choices” but the trouble with that and a text heavy, linear game design means you will repeat the same events until Chapter 8 where the games path will fork. This means that around 60% of your time per playthrough is treading the same ground as the previous. With little in the way of change and overall interactivity the game can become rather boring on successive playthroughs.

Strategy is lacking in the combat. For all the various “digital typing” (for lack of a better phrase) e.g., Data, Vaccine, Virus and their elemental weaknesses and resistances, you can essentially brute force your way through the whole game, paying no mind to how each unit is performing especially with the excessive level grinding that will come naturally from trying to recruit and unlock your favourite Digimon.

Finally, a minor issue but one I found strange, thumbnail artwork for some of the Digimon is strangely pixelated and low resolution in comparison to others.

Localisation is once again a product of an erratic development. Based on a genre that is very text heavy, I expected the translation and general grammar to be more polished than it was. Spelling mistakes and missed out words aside, characters tended to “swap” gender pronouns from chapter to chapter and I was never fully sure who was being referred to because of it.

Recruiting Digimon in the free and shadow battles using the talk option reminded me of how Persona 5 tackled their recruitment mechanic, but not as good. Partner Digimon can use their turn to try and persuade the enemy into giving items or joining the team with varying success. The issue I found however is regardless of your successful dialogue choices, your chances of recruitment success are its own percentage roll (Based on your Moral [Vaccine], Wrathful [Virus] and Harmonious [Data] stat in relation to the targets “Digital Typing”) and adds an extra layer of tedium to an already frustrating process of trial and error considering the game’s slower pace.

The game also fails to provide enough information for the player to make informed decisions about what stats to train on the Main Partner Digimon as their elemental properties, “digital typing” and the governing stat for their attack power can change with each form. For example, Weregarurumon’s skills are governed by Physical attack power but his higher form MetalGarurumon’s skills are strengthened by Special Attack so you could spend a long time investing valuable training items in the wrong stat. Outside of combat, the only skills you can see for the partner Digimon (Despite being unlocked) are their Rookie forms and there is no easy or user-friendly way to see the skills of their higher forms along their evolution tree.

Lastly, for the first time in an RPG, training items for boosting Digimon’s stats has no hidden ceiling or limit and for as long as you have the items, you can overpower your favourites to game breaking levels. However, in my 4 playthroughs I still had not reached the highest level and only in my last playthrough did I use these training items simply to minimise my inventory… grinding out levels (Which will become a by-product of trying to recruit Digimon) is more than enough to get you through the game with relative ease.

Digimon Survive has a great concept but overall is poorly executed with a lot of surface level features that feel underdeveloped or thought out. The heavy themes are one I would love to see repeated in the future but I hope that the franchise returns to a true RPG/Adventure format like Digimon World 2003 from the PS1 era where the gameplay is more focused and grounded to better match the quality of the story they try to tell. 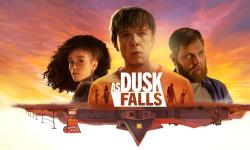 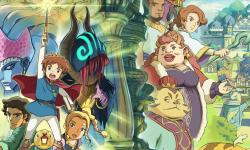