Not that long ago Ghostlight announced the release of their next venture in bringing Japanese/American releases of JRPG PSP games to the UK, this time round Fate/EXTRA. In a similar vein to their usual releases Fate/EXTRA will also be presented in a collector's edition and will be available directly from Ghostlight's website or from most reputable retailers on the high street.

Plus don't forget that if you aren't sure of where to pre-order your copy from, that Ghostlight are giving an A1 poster and "The Fate/The Facts book" with all copies purchased directly from them.

Fate/EXTRA has been given a release date of May 4th, meaning there's only a few more weeks until this PSP game's release, a rarity these days with less and less stores supporting the Playstation Portable. Especially with the recent release of the Playstation Vita. However like their other recent releases Fate/EXTRA will also be available for download off the Playstation Store for anyone out there wanting to play it on their Vita, should the game be supported.

Fate/EXTRA is now available for purchase from Ghostlight's website for £39.99. 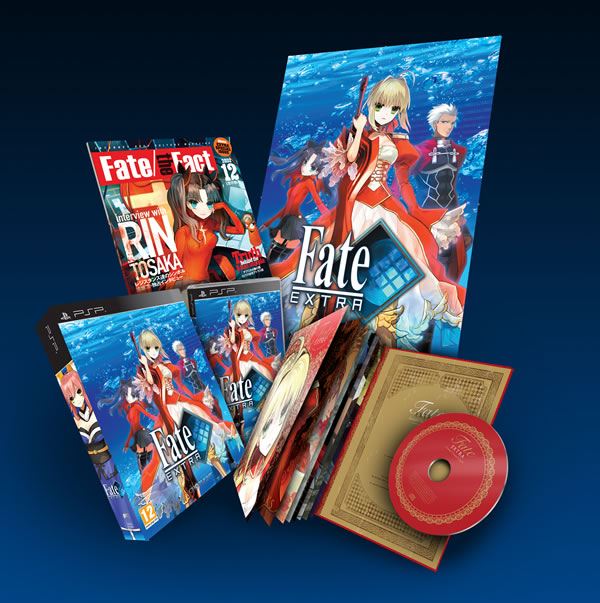 A Fate/EXTRA Collector's Edition has been announced