Some fans of the series saw Silent Hill take a turn for the worse since Silent Hill 4, as a die-hard believer in the survival horror as a sub-genre I've stuck by them through ghosts, action-orientated gameplay, play novels and more. However Konami's newest partnership with Czech developer Vatra Games seems to have taken the series into a surprising direction; bringing it closer to the psychological genius of Silent Hill: Shattered Memories, and away from your traditional Silent Hill.

The most terrifying, nerve-crunching gameplay of the Silent Hill: Shattered Memories was their decision to take away from the action, remove the weapons from the player and make them as vulnerable as possible. Vatra saw this as a huge scare factor to the game and have injected it into Silent Hill Downpour; you'll need to run away from the terrible unknown, knocking over furniture and will be dragged to your wits-end kicking and screaming with optical illusions and clever trickery to drive you absolutely insane.

Another gameplay element taken from the incredible Shattered Memories is the physical hands-on approach of the player with puzzle elements; for example to twist a valve you will need to rotate the analogue sticks, opening doors will require you to push the door open. It's little elements like this that worked beautifully with Shattered Memories on the Nintendo Wii, but whether they will hold up on a current generation platform without motion controller is another matter of opinion for gamers.

In the demo playable at E3 we were able to dive straight into the action, or explore Silent Hill, we of course opted to explore the deceptive town, after all, fans of the series will know that you spend most of your time wandering misty roads, and deserted streets in the series.

We begin from the start of Murphy’s story in his overturned prison van. In true Fugitive fashion; he attempts to save the life of the van officer but is an inch too far away, with nothing else to do you are left to wander into Silent Hill, where the closest sign of civilisation is a rather desolate pickup parked up at a diner where we meet our first character of Downpour. 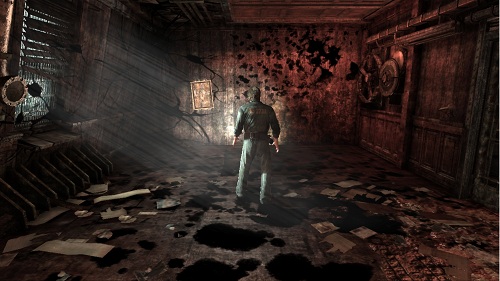 Silent Hill titles are always full of strange, troubled characters, and surely Downpour will be no different, in the demo we were introduced to Howard, a postman of the town who gives a few spots of vague information, and facts on an old Ford pickup. In true horror fashion, Howard is gone as soon as you turn around, and surely he is only a touch of the iceberg for Silent Hill Downpour.

We are introduced to the new interactivity through the analogue sticks, requiring you to turn off a leaking gas valve, and open doors in a diner that not-before long, catches fire, and floods in the expanse of a few seconds, the pace is Downpour is fast, and actions are committed without a second thought. If you weren’t paying attention to your surroundings then you are already dead.

Very shortly we observe a switch to the otherworld; wallpaper and objects peel away and fly upward into nothing, and suddenly a gaping void appears. As it makes its way towards you, furniture is obliterated, and the diner begins to envelope into the impending hole of nothing, with little to fend yourself against the unnatural force, you've no choice but to run through winding corridors, and doors till you have nowhere else to run.

After no option but to slide down a watery slope you end up back in the murky town of Silent Hill and with a vague sense of direction it is not before long that you encounter the only enemies seen so far in the game. Similar in appearance to the Sadako character from the Ring series, these female characters will stalk up to you and attack you when within reach, or perform a distracting scream attack that you must shake off in order to function properly. Whilst these enemies were not particular outstanding, they seemed very much like your standard affair of monstrous humanoids, required a substantial amount of damage against them and instilled that right amount of fear and panic that survival horrors manage to grab a hold of. 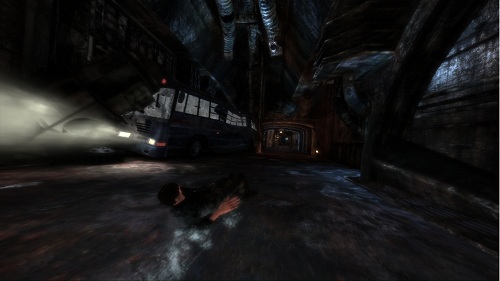 To defend yourself from the attacks of the otherworld monsters, Murphy is required to use the objects from his environments, we observed a variety of weapons including knives, spades, crowbars, bottles, fire hydrants and chairs, each has its own speed and damage values, and will destruct after a suitable amount of damage has been taken from it. Thankfully unlike many other games, Murphy does not have the pocket capacity of Mary Poppins, so you can only carry one item at a time, so choose wisely, what will be interesting in the full game is if you are truly required to fight or flight.

With the high emphasis on water, the promise of dynamic side quests, and a whole new area of Silent Hill never before explored, Silent Hill Downpour is on the way to re-invent the series as we know it. Whilst we did not see any of the magnificent open spaces, or watery underground areas from previous screenshots, Vatra appear to have improved on a winning formula, and we just can’t wait to see more of it.

Silent Hill Downpour is the eighth game in the long-running survival horror franchise and will see release during Q4 of 2011 for Xbox 360 and Playstation 3; which will feature 3D exclusively. We can't wait for a new story in the series, and we hope that Murphy Pendleton is just as emotionally screwed up as every character in the series so far. 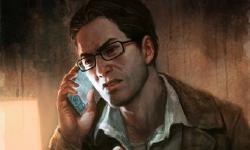