Dead Rising 2 seemed to have popped onto the release schedule out of nowhere surprising most people of its release, however I was well prepared and received my Dead Rising 2: Outbreak Edition on release, the Outbreak Edition was a European and Australian exclusive, making it unavailable for people in America to purchase it, although they did get the High Stakes Edition over there through Capcom Unity which I’m very jealous of.

The Dead Rising 2: Outbreak edition can only be found through GAME in the UK and it has a retail of £69.99, although you can pick it up off their website for £10 cheaper. You can of course always go for the cheaper special edition known as the Zombrex edition for £44.99 however it comes with a steelbook and syringe pen instead of a Zombie figure. Both versions are only available for Xbox 360 and Playstation 3, if you want to pick up a PC version it only comes in a standard edition. 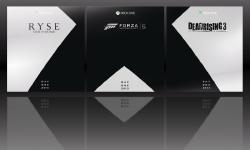