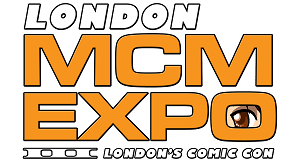 If you had plans this weekend that didn't involve the London MCM Expo, well you might just want to cancel them, because boy will you want to go now!

The Nintendo Unleashed tour is set to be in attendance once again, however they have something a little extra special on show.

At this year's stand you will be able to try out the Nintendo 3DS and several unreleased titles including Resident Evil and The Legend of Zelda Ocarina of Time 3D! Yes that's right, Ocarina of Time will be available to play. They will also have unreleased titles Xenoblade Chronicles, and Wii Play: Motion on the Wii, and the Solatorobo on the Nintendo DS; the spiritual sequel to Tail Concerto.

Whilst the Nintendo Unleashed Tour usually has the same old games on show, don't be dissuaded to attend their stand this year!

The London MCM Expo takes place this weekend, for more information on other games on show check their website for updates.