Pendulo Studios are most well known for their successful Runaway series; a light hearted and comedic adventure franchise that has captured the hearts of gamers for over ten years. Well wipe everything you know of the Runaway out of your mind, and say hello to Yesterday; a dark thriller full of twists, turns, the dark arts and shady goings on. It’s not all doom and gloom however, this is Pendulo Studios game, so there’s a nice dose of dark humour thrown in for good measure, the perfect recipe for an enthralling adventure game.

Our story begins in New York City where homeless people are disappearing off the streets and are being found burnt alive days later. No one is there to care about homeless deaths, which is when the events come to the attention of Henry White a rich heir dedicated to a charitable organisation, who takes it upon himself to investigate the disappearances with his friend Cooper. However in the tale of Yesterday, nothing is ever quite as it seems, and there’s always a nasty surprise waiting around every corner. 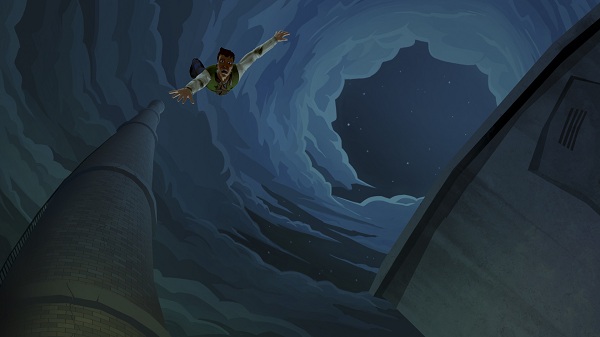 After an attempted suicide attempt our protagonist John Yesterday is left with no memories of his past or who he is, and through the entirety of the game you aim to piece together the fragments of his recollections that are sparked through interactions with people, objects and locations. In finding out what exactly happened you will play out many of his lost memories on the way, and a lot of the game is figuring out exactly how John got to where he is. At the start of Yesterday he knows as much about himself as we know which is a very nice starting point, however it is not before long that as a player you will know a lot more about what is going on; a common narrative device in films, that feels quite strange in a game, but thankfully works with the story-driven approach.

John was sent to investigate the Satanic cult The Order of the Flesh, having taken him to Spain, and Paris, he found something out that shocked him so much he carved a Y into his hand and committed suicide. His exploration takes place once again on The Order, and takes him back to Paris, with a little trip to Scotland on the side as well. On the way you'll meet characters that know John that will trigger memories such as a past love Pauline Petit, who helps you on your quest when she finds out the truth of what is going on.

The unique cell-shaded art style that has been used in their games since the first Runaway has become synonymous with Pendulo’s games, and despite the dark nature of the title, Yesterday is no different, and the charming cartoony approach is back, and still it manages to inject character into every individual in the game, especially in a tale so dark, it is the perfect accompaniment to the surprising story. 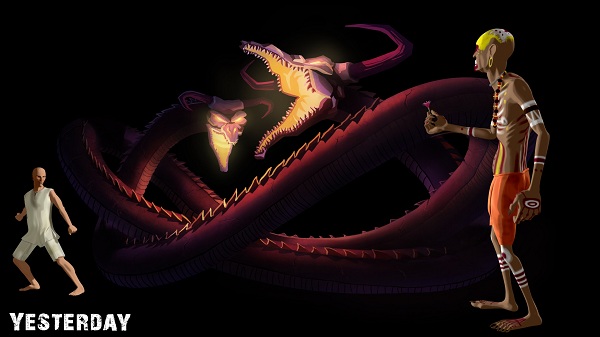 Despite the serious nature of the game, nothing is ever truly beyond humour, and Pendulo Studios are still the masters as they sly some of their trademark absurdity into the game with characters like Albert the hotelier and the oddball Olhak Adirf.

It is very difficult to discuss the story of a game that divulges a few twists every hour or so, and without giving titbits of information, to give one spoiler would be to give them all away. This is not to say that the game’s story survives alone on its shocks and surprises; however when you gain control of John the first hour-or-so of gameplay is terribly exciting as you uncover little messages that he had left himself. Much like an episode of CSI you begin to see the story piecing itself together, and thankfully it is not until near to the end of the game when it gets to the point that there are no more secrets to divulge. Given too long with the full picture would have made a far less captivating story, and Yesterday's writers definitely pulled off their reveals in style.

Adventure games are not all about the story however, and Yesterday puts just as much importance on the adventure aspects with a standard interactive bar and inventory system, the difference between Yesterday and any other point and click is the useful hint system, great for when you are at the end of your tether stuck on which combination puzzle you are missing out on. 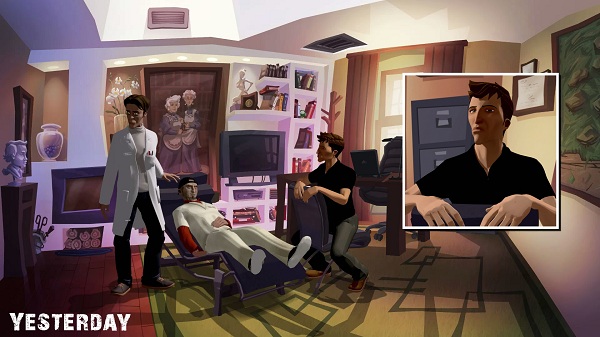 Now you can’t go asking for hints willy-nilly, so you are forced to attempt to solve a predicament by yourself before you start consulting the hints, it is a good system, and stops the lazy gamer from bursting out of you, and asking for hints every two seconds. However combined with the hotspot key that current adventure games are adopting you’ll never have to consult a walkthough again!

That said, Yesterday embraces the notion of common sense, and there are very few ‘puzzles’ and combinations that will not make sense to the true adventure seeker inside of you, and there are only a few sections that are not apparent at first glance, like Olhak Adirf’s journey of enlightenment, it only takes patience to solve the most puzzling of problems.

Another leap forward in adventure gaming that has been implemented in Yesterday is the dynamic save system that does not require you to have to remember to save! Gone are the days of losing 3 hours worth of gameplay, and if you ever did want to reload an old save, you can chose one of the many ‘scenes’ from the menu to replay or restart from any point you wish. 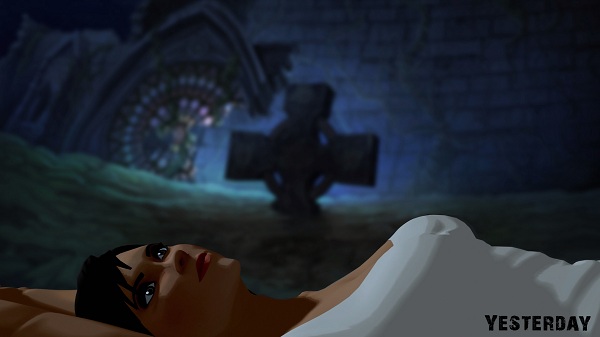 It’s a bit of a cheat to not talk about the story in a game based almost solely on its story I will divulge that the end does get a little ‘Indiana Jones’ which is may be good or bad depending on how you see it, and yet the most fantastic point of the game is by far the multiple choice ending, unfortunately it is the only real choice that you will make throughout your journey, and the story is particularly linear because of this, but depending on your own morality you can change the ending to whichever way you wish it, with potentially disastrous consequences.

Come to yesterday with an open mind, and expect an exceptionally engaging adult story that will have you second guessing at every turn, I only wish I could give some of the fantastic spoilers away!

Yesterday is available now from all good retailers and online distribution channels for the SRP of £29.99, just rely on the knowledge that it is a well rounded adventure game with an engaging story, and exciting plot twists.