An announcement we missed very recently was 2K Games’ addition of a multiplayer mode to the highly anticipated action-strategy XCOM: Enemy Unknown from Firaxis Games, that is now confirmed to feature a one-on-one deathmatch, now calling it deathmatch was a bad move, as most hardcore fans will jump to ridiculous conclusions, however it doesn’t sound all that bad!

Now first off, it’s fairly important to note that no XCOM game has featured multiplayer modes, however what deathmatch allows is one player to pick a squad of aliens or soldiers and fight against another player’s squad. Drawing on the gameplay, tactics and strategy of the single player experience there are no direct ties to the narrative, and instead players can have a standalone experience of the combat system with full customisation on armour types, weapons, items and thousands of loadout combinations. 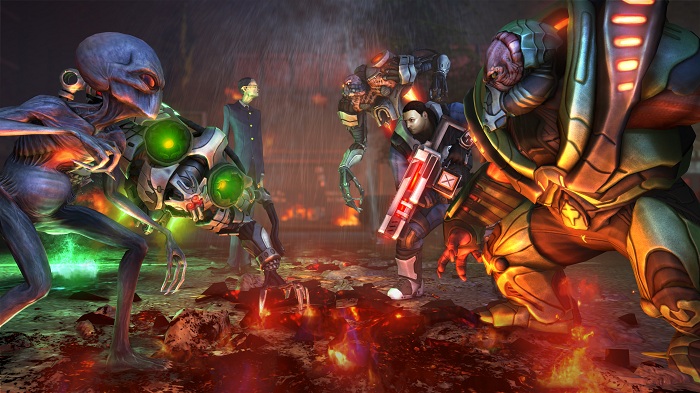 Plus, just like the main game, you can turn fog of war on, and sneak around the battlefield so that your foe is unaware of your presence, I’m not sure about you, but as a single player only kind of player, I’m actually really excited for this!

XCOM: Enemy Unknown is scheduled for a release October 12th 2012 on Windows PC, Xbox 360 and Playstation 3, and if you pre-order the game now from participating retailers you will guarantee access to the Elite Soldier Pack that allows you to fully customise your soldiers. PC gamers will also be able to pre-order the special edition that contains the game and a collection of XCOM items including an art book, poster and XCOM insignia patch —although no shops currently appear to be stocking it in the UK.