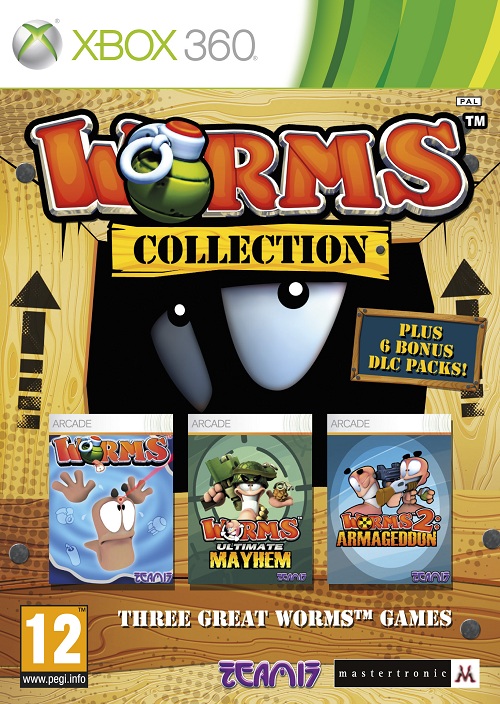 Three of the best annelid games ever made are now coming in full force in one neat tidy package for a very nice sum at the end of August for Xbox 360 and Playstation 3. Worms Collection is a pack containing three wriggly militant masterpieces from the fantastically British Team 17; Worms, Worms Ultimate Mayhem and Worms 2: Armageddon as well as 6 full packs of DLC.

From their humble beginnings in 1995 the unassuming earth-munching worms have evolved alot since the original game, however any gamer that has tasted the trigger-happy turn based action of the series will know that when you've played one, you'll want to play them all, well now's your chance and with trophies and achievements. 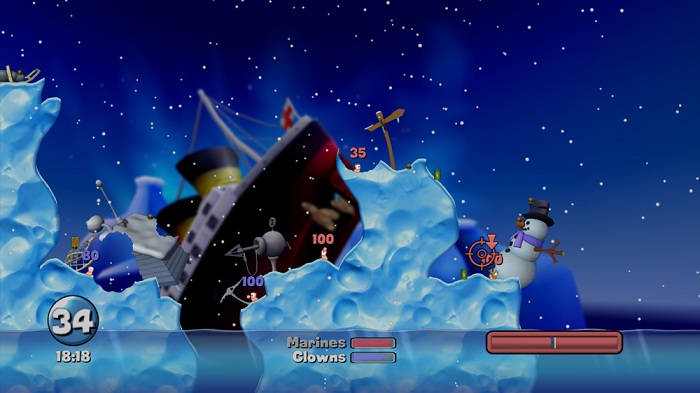 If you haven't yet purchased the mountains of Worms games available on the Xbox Live Arcade or Playstation Network well now's your chance to play the cutesy remake of Worms, Worms Ultimate Mayhem that combines Worms 3D and Worms 4 into a beautifully addictive 3D game, and Worms 2: Armageddon that brings the fan favourite weaponry to the current generation in the remake of Worms Armageddon.

The Worms Collection is headed to Europe August 31st for Xbox 360 and Playstation 3 in all good retail stores just in time for an old school worms fix before Worms Revolution hits stores later this year.