If you are interested in seeing Paradox Interactive and Neocore Games' forthcoming role-playing strategy King Arthur II you're in luck, the developers will be live-streaming the prologue campaign today; January 4th at 11am PST, thats 7pm for us Brits! The stream will give players a firsthand view of what is possible in the upcoming RTS/RPG that launches this January.

The tour of battle-torn Britannia will be led by Neocore's own Orsolya TÃ³th and Linda Bozoradi and also allows future knights to directly interact with the developers with a Q&A session.

You can check out the live demonstation by visiting the official Paradox Interactive Channel on Justin.tv and Twitch.tv as well as on the Paradox Plaza website. 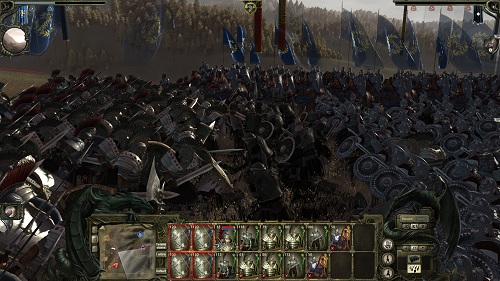 King Arthur II: Dead Legions is a tale of revival, resurrection and revenge and begins the chronicle of how the great adversary of King Arthur came into power, and the terrible prices that he had to pay. The fate of the Romans lies in the hands of Septimus Sulla, and as him you will unearth the secrets of Hadrian’s Wall and venture into the mists of the underworld to find the ghost legions of Rome.

Don’t worry, you will be able to help set Britannia free when King Arthur II — The Role-playing Wargame is released in January 2012 for PC, for now just play as your adversary in the free prologue available now when you pre-order the game.