That's right, fake Sean Connery is back in the wonderfully amusing Warlock 2 - The Exiled from developers Ino Co Plus and Paradox Interactive, the sequel sees a return to the fantasy turn based strategy that's a little tongue-in-check, but as addictive and challenging as a good bout of Civilisation. The question is have they changed too much or too little, we had to find out!

The Warlock series can be easily summarised as Civilisation but in a high fantasy world, Ghandi is replaced by Rat and Lich Kings, Elves and Mages, and like most turn based strategies your aim is domination! The world is beautifully hex based, where battles are decided on a series of stats and city building plays a key role in the game, a nice perk of a game based in the very magical universe of the Majesty series, means that the character that you play as will be versed in the skill of magic, allowing you to call upon godlike spells in battle to throw fireballs at your enemy or heal your units, there's even the ability to turn barren terrain into something a bit more useful. 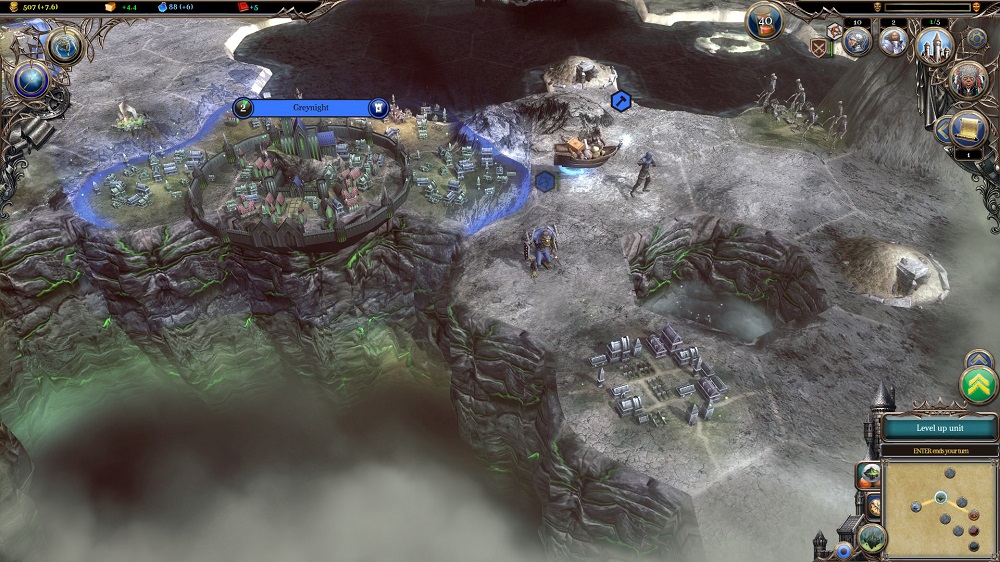 Unfortunately whilst your Great Mage was off fighting the great Armageddon in the last DLC pack for Warlock - Master of the Arcane, the United One snuck in and took over Ardania, exiling you, so you best get it back right? After all it took so much effort to take it over in the first place, the only trouble is the world as you know it has been split into shards, distancing yourself from the fated Ardania. In order to return to the fabled land you must enter magical portals and find your way back to Ardania to claim what is rightfully yours.

I can only imagine some original players of Warlock heard the words Magical Portals and froze in absolute terror, you needn't worry though, the portals are wholly essential in Warlock 2 - The Exiled and do not contain mountains of overpowered beings ready to throw you straight back through, in fact you may find some stunning paradises, undead worlds or spaces occupied by other Great Mages such as yourself. The worlds are far smaller than those encountered in Warlock, which I can only presume is down to the larger volumes of worlds you may need to traverse in order to find Ardania, this exiled story mode adds a lot of variety to the game as each world will be set up differently.

The exiled story is a great change, however if you feel it a little too different you can still enjoy a standard sandbox game, however on top of the new integrated story there isn't too many extravagant changes, instead change is represented in smaller bursts that help engage you further into the game and shape the experience that you garner from it, for instance the godlike spells that you can call upon can now be upgraded and improved for faster casting speed and such. Just as with the original game, before you begin a campaign you will choose the size of the universe, you can also choose the amount and specific rival mages that will co-exist alongside you, and -most importantly of all- you can choose to turn off the Unity Spell, which will be somewhat of a relief for players of the original game, however if you like a bit of spontaneity in your gaming turn it on, I dare you! 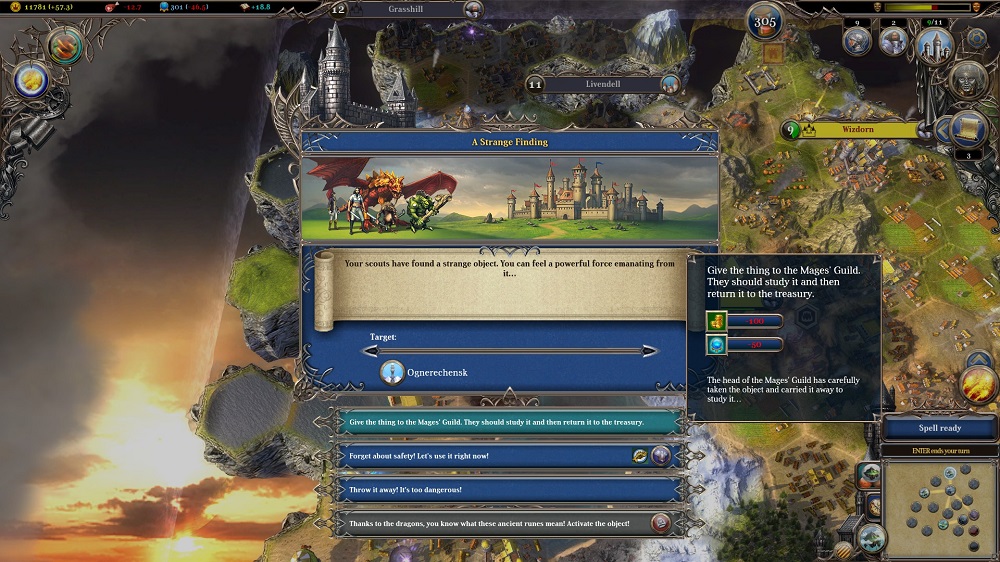 That's not all though, a nice slight turn of direction in the game is the implementation of RPG elements, these come in various forms, don't worry though, they don't change the core of the experience too much, for instance units will level up after experience in battle allowing you to reward them perks to benefit their attacks and defence, similarly hire-able special Lord characters can be equipped with items to improve their efficiency in battle. These elements all effectively make your units feel far less expendable, but that's not all, alongside the lack of cannon fodder-units, journeying from world to world you'll encounter optional quests that you may take on for bonus resources for that little bit of encouragement to keep going when your return to Ardania just feels like it's slipping from your grasp.

Of course getting there isn't so easy, and along the way you'll encounter the lieutenants of the United One who will try and stop you at any cost, this interrupts your travels and elongates your campaign when they decide to drop in and pay a visit to all of your cities and reign death, fire and destruction upon them, well they'll try their best!

Warlock 2 - The Exiled also introduces the concept of special cities, these have appeared due to an enforced city cap that will see you penalised if you attempt to set up far too many cities on your travels. However, setting one of these up as a special city will allow you to convert your pre-existing city into a dedicated space, this does come at the cost of all the buildings inside of its walls, but allows you to focus on resource or unit creation without any penalties, but is something that you needn't worry about very early on in the game. 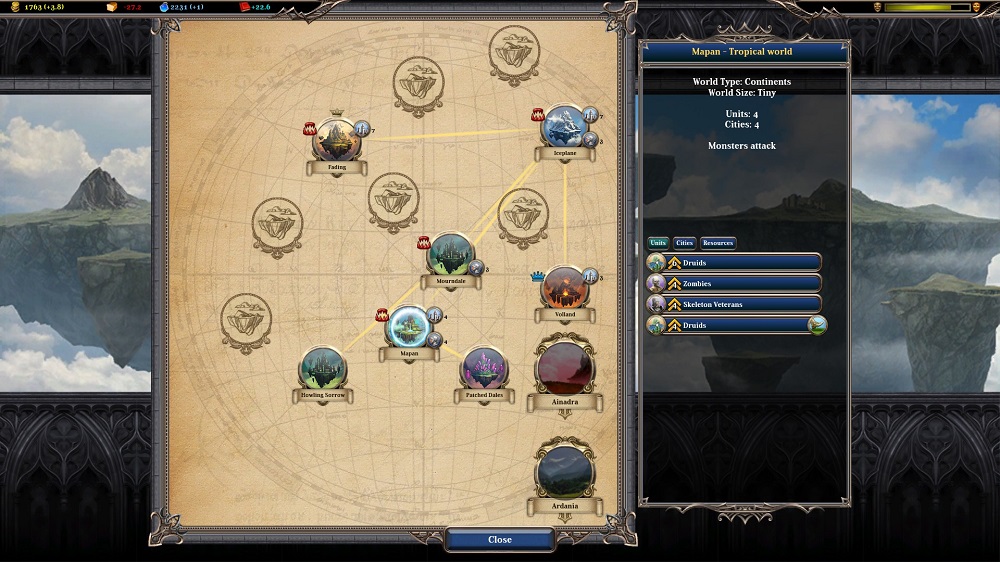 Warlock 2 - The Exiled is scheduled for a release April 10th for Windows PC, it's available for pre-purchase already, and if you do so you can start playing it early, only you'll find the Editor tools currently missing.