Now we’ve never been big on the whole multiplayer experience, especially over an engaging single player game, but there’s some things that have to be done with real people, after all, nothing is as satisfying as slicing the cold steel blade of your Castillion into some dirty Lancastrian’s torso, so we’ve decided to let Fatshark and Paradox Interactive off for not providing a single player experience, but only because of the sheer fun to be had with their latest game War of the Roses.

If you’re not from the UK, or perhaps didn’t learn as much of the Tudors as you should have in school, then you may be unaware of the renowned War of the Roses that took place during the 15th Century between the supporters of two rival branches of the House of Plantagenet; the houses of Lancaster and York. The wars were fought in sporadic episodes between 1455 and 1485 and their resolution led to the creation of the House of Tudor. War of the Roses focuses on the first set of battles, and thanks to mountains of research, it is possibly the closest computer game representation you will get of the period. 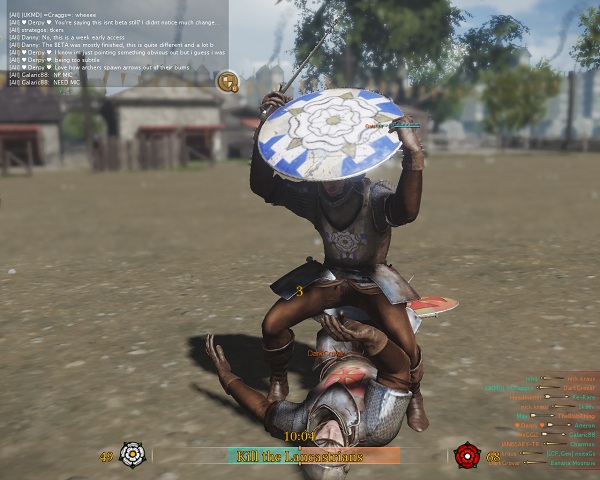 When you begin War of the Roses you’ll have access to the footman, one of four predefined profiles; a well-rounded soldier, the footman is great for all maps and combat, he’s basically the assault class in an fps, fast, to the point, and complete with a sword and shield in hand he acts as a balanced introduction to the very unique style of combat in the game.

If you manage to get your footing, after a few rounds you’ll gain access to the other three existing profiles; the crossbowman, longbowman and footknight, these get you to grips with the use of the ranged weaponry and the challenging, but deadly poleaxes, however no amount of entertainment had with these profiles compares to that of your own custom setups.

With enough coin and experience from your travels you can bring out your true potential with customisation, unfortunately it doesn't really flourish until around level 10 when you can make use of helmets complete with lifesaving visors, a good amount of perks, personalised weapons and the armour you dreamed of having. This is not even including the large array of peasantry clothes, ripe for griefing your fellow man, reserved only for those that have transcended into an unstoppable killing machine. 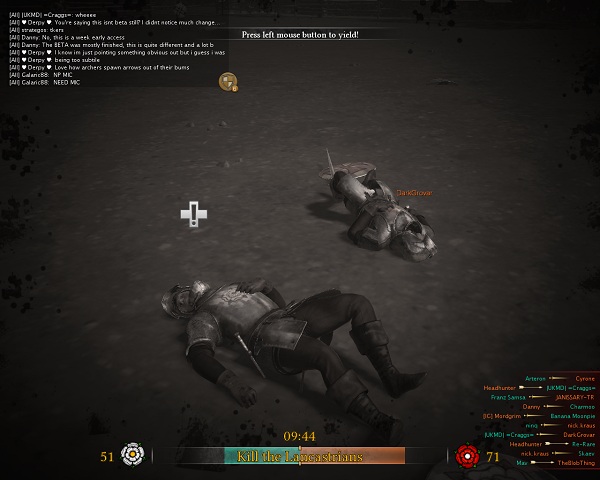 You’ll never say no in War of the Roses, because although you may get sniped from some tricky crossbowman hiding in the roof of a burning house, on your next spawn you can find out where he is, and charge your way over; shield up, visor down, with bloody revenge on the cards. The power of a gun definitely does not compare in a squad based game when you’ve got a sword in hand, fresh with the blood of your enemies, it's a game that really likes to bring out the worst in you.

What makes War of the Roses so enjoyable is not the fast paced battles, the gruesome executions or the destructive horses, but the fantastic heights that Fatshark have reached with the collision system that rather than use standard hitboxes literally uses armour and weaponry as realistically as possible. If there were a 15th Century battle simulator, War of the Roses would be it!

Simply swinging your sword around won’t get you anywhere, especially if your opponent is heavily armoured, so in War of the Roses you aim for the soft squidgy parts. If a man isn’t smart enough to lower the visor of his helmet, thrust your sword in his face, if his plate cuirass is too thick to penetrate, slash at his arms or bust out a nice blunt poleaxe, anything to get the bastard down before you, the 15th century was not full of gentlemen, so you best prepare to get up close and very personal with your foes. 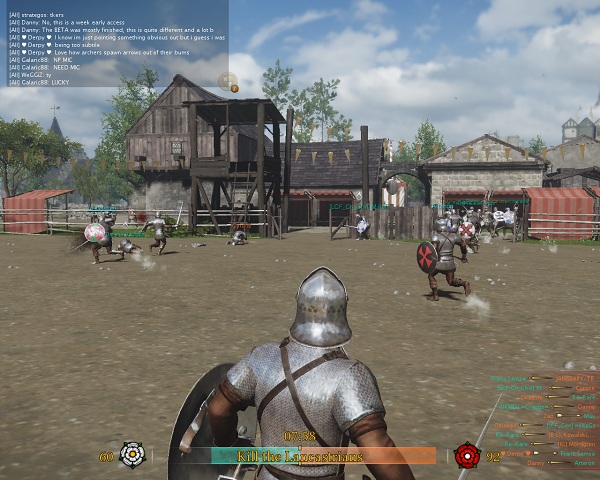 To ease players into the steep learning curve of the combat Fatshark have included an offline mode called Battlegrounds Training, this offers you the chance to learn and get used to the different weapons, and the skills required to use them effectively. Battlegrounds is non-competitive, will not earn you xp or gold and takes place against bots, so unfortunately you cannot try out your recently created custom slots as it is strictly linear, class specific training. But if you didn't take part in the alpha and beta test stages then you will need to take a class in battlegrounds before stepping into the fray.

When it comes to multiplayer gaming the last thing you want to do is look like a total noob, the problem with War of the Roses in this instance is the game is based completely on skill, and if you have none you will be utterly trounced. This is not your average multiplayer affair, and swinging a sword is not like firing a gun, and some may find the learning curve a little steep for a solely online game. However, as the launch trailer stated ‘Skill is not an unlock’, you cannot just buy the best weapons to kill everyone, because to be perfectly blunt, the best weapons require the most skill; learn the nuances of a spear and you’ll kill everyone in sight, just don't expect it to be a walk in the park!

The only real downside to the game is the online modes available to you, as it stands you can either best your fellows in a gruesome 64 player team deathmatch or work as a unit to capture five bases in Conquest. While nothing beats a good old deathmatch, the conquest objectives are actually far more engaging than your standard objective based game, War of the Roses makes you work for your bases; capturing from point to point, giving the match a glorious flow as each side races to their next point, usually ending in a meeting at point C where the real blood gets spilt, and suddenly people forget they are playing for objectives. 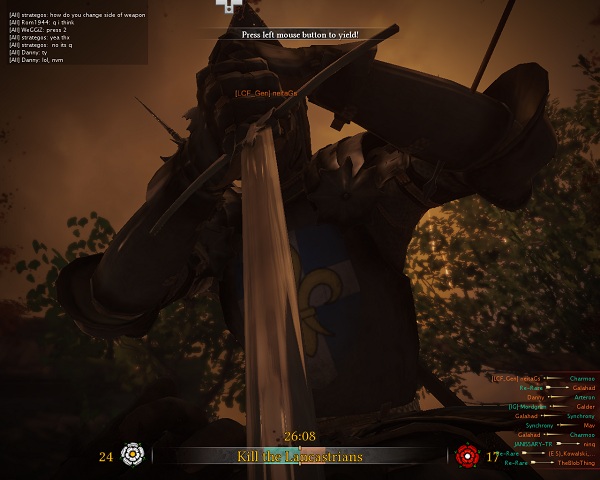 For the moment there is no LAN support, or controller support which may ward off a few that are interested, but there’s a little difference between the developers at Fatshark that are comprised of a team of less than 30, compared to the colossal teams behind the biggest multiplayer squad based games out there; whilst the game may lack in some areas it makes up with the unique dedication, and the panache to make a game that differs from the crowd, it isn’t afraid to be difficult, and gets as dirty as possible.

War of the Roses is one of the most brutal multiplayer squad based games to grace the Windows PC, whilst it’s challenging finesse will take many a while to get used to, and the modes at your disposal are lacking somewhat, Fatshark have created such an impressive combat system, it is only helped more so by being embedded into a beautifully rendered 15th Century England.

War of the Roses is available for pre-order now, and is scheduled for release October 2nd 2012 from all good digital distribution channels for the SRP of £24.99, if you’re bored of the same old multiplayer experience and want something a bit more visceral, the War of the Roses is where you want to be, after all, decapitation by shield is something that everyone has to experience.