Victoria 2 the newest grand strategy title out this summer is set during the colonial era of the 19th century where players will guide their nation from the early 19th century to the dawn of the 20th century.

Paradox have announced for E3 that Victoria 2 will feature a new goal system, so at the start of a war, and during a war you can add goals linked to particular peace deals, if you want a territory in the game, you can tell everyone exactly what you are after, the same goes the other way round. When peace talks commence you will know exactly what your AI opponents are after rather than chancing a negotiation that won’t go your way. This sounds like a very interesting feature to sneak its way into a grand strategy, and we are curious to see how it actually plays out. 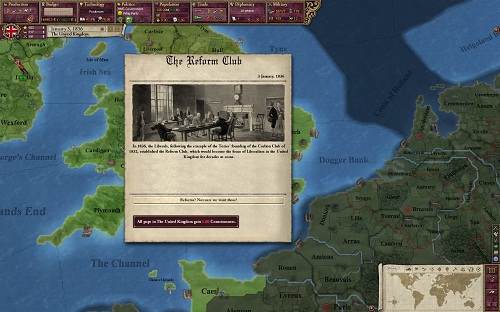 Victoria 2 will feature a deep engrossing political simulation with eight different types of government, An advanced technological system with hundreds of inventions, and a detailed economy with over 200 different countries to play. Stretching from 1835 to the onset of WWII. Confirming far better graphics and interface than the original, multiplayer support, the automation of various tasks such as trade, advanced spheres of influence system, and the great Gunboat Diplomacy, because nothing is more persuasive than a fleet outside a rival’s port. This grand strategy title Victoria 2 looks very promising, and will be available August 13th for Windows.