This week I have had the immense pleasure of playing UK Truck Simulator and have found that it has changed a great deal from it’s predecessor Euro Truck Simulator; not only because you are based soley in the UK delivering cargo, but in UK Truck Simulator there is the option for the player to form their own company once you've carried out enough jobs to afford a garage. 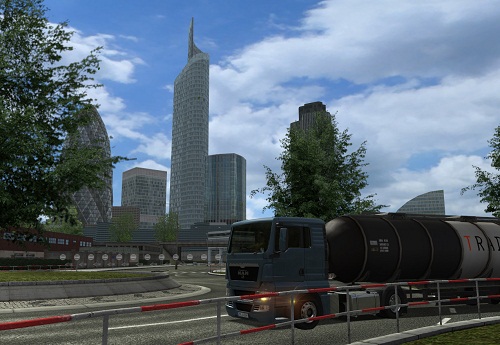 You begin with three cities to choose from; Felixstowe, Sheffield and Plymouth. Each city determines the percentage you make from jobs, which is randomised each time you start a new game, and your cut varies around 15%. Upon choosing your city, you are given a truck and your first job to begin with. All deliveries are now timed and should be easily completed in the time limit, which makes the game far more challenging to it's predecessors where you could spend as much time as you liked delivering cargo.

Unfortunately it does take a fair amount of dedication before you can get to the stage that you can start up your own company; with a small garage setting you back about £75,000 on top of that you will then need to hire drivers and buy lorries so you really need to save up around £150,000 — £200,000 before you can really start your own business, which is very rewarding to those that are happy to put in the time. Alongside the majesty of owning your own company there are also certain bonuses; for instance fuel and repairs at a garage you own are 20% cheaper than using the public petrol stations and services, in addition to this, by hiring other driver, your money increases a lot faster. When you start up a company you don't have to go to the hassle of finding your drivers jobs, as they are capable of finding work themselves, so all you need worry about is making enough money to upgrade your fleet. 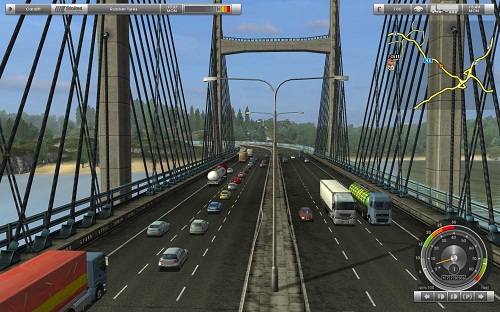 Overall the game looks a lot better than previous incarnations and the ability to run your own business is a very welcome feature, giving you a far greater goal. The introduction of roundabouts was very pleasing to see instead of the large amounts of crossroads that appeared in Euro Truck Simulator. The only thing I would like to see is better thought out layouts of cities, as most are the same squares of road. However these do not detract from the overall experience of the game.

If the roads held more realistic traffic, and the layouts of the cities were more diverse, I would of definitely given it a 5, however the game's concept is a solid idea so it deserves.