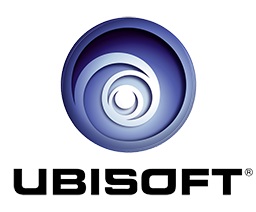 With some tough competition to follow after Microsoft's announcements and EA's attempt to show what they have on offer Ubisoft stepped onto the stage with what felt average at the start, but ended on a fantastic note.

Unlike last year there was no Mr Caffeine to lighten up the mood; the host of Ubisoft's conference this year was Aisha Taylor. Making the conference a little less personal by having a celebrity gamer, however it did help lighten up the mood at times and it really helped that she's an actual gamer. Ubi started off with the monstrous Just Dance 4, setting the stage for one of Ubisoft's biggest selling franchises in history, and with a fourth one on the way it can only get bigger.

Similar to Microsoft's pre-e3 conference, we were given a bit of singing talent, for Just Dance 4 we had Flo Rida who showed off his moves while singing Good Feeling as it is one of the tracks in Just Dance 4. Just Dance 4 will be available on Playstation 3, Xbox 360 and Nintendo Wii on October 9th and Wii U this holiday season.

Next up was a game that featured at Ubisoft's conference last year; Far Cry 3 which started rather raunchily with a half naked lady sat on our protagonist. Set at a much later stage in the game we saw you on the lookout for Vaas in an attempt to finally take him out. However not all went to plan and with the game's tagline of a new brand of insanity we really got to see the game shine. So much that it feels like an instant purchase for me. Vaas knew you were coming so in a room a large number of TV screens flicker on and we see a large Vaas spread across them, talking to you, he then sets the room ablaze, giving you only one option for freedom. But the odd events don't stop there, when you finally track down Vaas he gets the better of you which turns into a hallucinogenic trip where you're within a pitch black area walking on TV screens reliving moments that just took place.


Far Cry 3 not only looks beautiful but it looks like it's THE open world adventure this year, creating the experience that you want Crysis 3 to be. The gunplay looks fantastic and the island environment is a great backdrop for the events taking place. Far Cry 3 currently doesn't have a release date but it's set for a 2012 release on Xbox 360, Playstation 3 and Windows. Fingers crossed they do a great job and create the best open world experience across an archipelago.

There was then a brief segment for Splinter Cell Blacklist, although after having seen it not that long ago at the Microsoft conference Ubisoft didn't really show much more other than the launch trailer. This was followed by a non-gameplay trailer for one of their upcoming games Avengers Battle for Earth which is a Wii U and Kinect exclusive game featuring characters from the Avengers and a few extra superheroes such a Spiderman and Wolverine.

Next up was one of the biggest highlights of what Ubisoft are working on at the moment, or at least biggest games in our eyes at Gamercast. That game is Rayman Legends the follow-up to the award winning Rayman Origins, a big question floating in the air is whether it's exclusive to Wii U or if it will eventually be announced for other platforms, I really hope it is because then it'll be more accessible for all players out there.


They demoed a character exclusive to the Wii U named Murphy who can be controlled with the touch screen on the gamepad. His use seems to be activating objects, cutting things and generally darting around the screen, also as a way to add a fifth player which is only on the Wii U. The best demonstration was Murphy in a more musically based level, hitting items only he could see to the music. Murphy seemed like the best addition as a child could easily pick up the controller and just play around with him while also aiding the others playing. No official date was announced for it's release, but we really hope it's soon and potentially across multiple platforms.

Jump to the next page for:
ZombiU, Assassin's Creed III and Watch Dogs