Ubisoft stayed away from the standard glitz and glam of E3, and keep to a simple rhetoric; Gaming is adventure, Gaming is sharing, and Gaming is life. These three concepts clarify Ubisoft’s ideas and movements in the current industry and where their games stand.

It’s been ages since a new proper Rayman game, and Michel Ancel was at the conference showing off not Beyond Good and Evil 2, but Rayman Origins, a sharp new addition to the Rayman universe that started Ubisoft off as a world-renowned company in 1994. 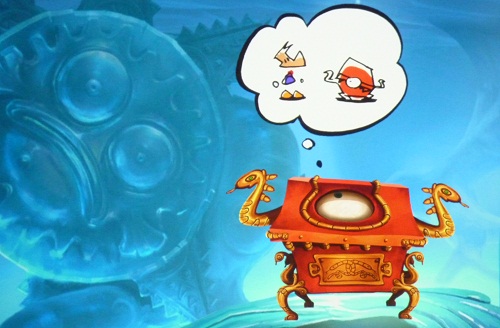 Rayman is back in 2D and looks absolutely beautiful; first announced back at E3 last year, this solid platformer looks absolutely beautiful, with sharp animation and brilliant character design, it’s European design stands out as a marker for the game, and watching the demo live from Ancel was fantastic, and we can only hope that we can get our hands on it whilst we’re at E3. Rayman Origins begins the presentation on gaming is adventure, and shows Ubisoft’s hold on the fantastic ways in which gaming can shape a story and guide the player on a magical journey.

Driver San Francisco was shown in a far more cinematic way than we have seen so far, and is set to give you the ultimate playground, as players regain control of Tanner, as he is on the tail of Jericho. The video that was on display showed players tearing through the San Francisco bay area. Ubisoft said that they were trying to get back to the feel of the first two games. Look out for the collector’s edition which will come with a model of Tanner’s yellow challenger when it is released later this year 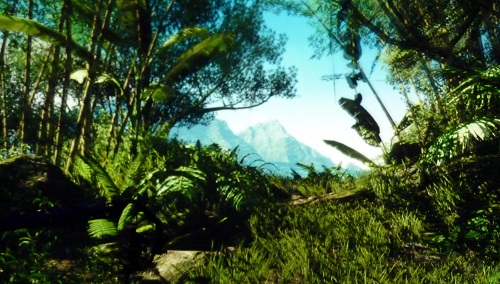 One of the biggest announcements from Ubisoft was Farcry 3, a return to the explorative series, and once again they have outdone themselves with the environments design, which is photo realistic in quality, however unfortunately currently their character models do not leave much to the imagination. Farcry 3 looks as though it is not straying from the similar formula that we have come to expect from the series, but the main antagonist from the trailer is brilliant, and the flow of action looks fantastic.

Gearbox are finally making themselves a little more known now with their recent releases and their new game for Ubisoft; Brothers in Arms: Furious 4. After their recent dipping in a less serious setting for their games they've let this bleed over into their newest game in the Brothers in Arms series. 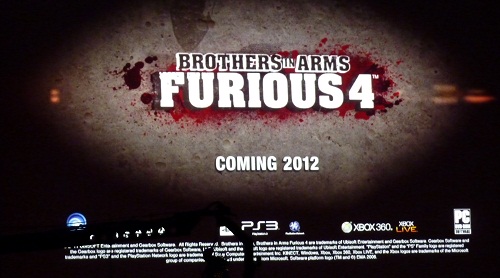 Set once again in World War II, Furious 4 features a campaign that offers four player co-op so you can play the experience through as one of their stylised characters. This gives you the chance to play a fast-paced, action-packed war shooter.

The four warriors have made it their mission to track down the Fuhrer and give him what's coming to him. By utilising special weapons and fight via whatever means necessary this may be the most exciting WWII game to date.

Having a very similar feel to Insomniac's OverStrike and also featuring no gameplay at all it's hard to know what to expect. Although from the trailer we can only expect it will be a cross between Borderlands and Inglorious Basterds. As well as being announced as a First Person Shooter.

This may just be the key to persuading gamers to go back to a WWII shooter and tear them away from any Call of Duty title. 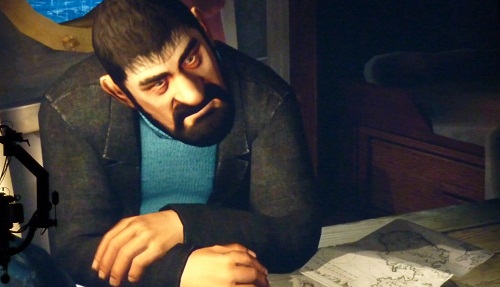 Tintin is a new tie-in for the Steven Spielberg movie, watching the trailer at the Ubisoft Conference you could not help but realise that Tintin is in fact Prince of Persia with a different guise. Granted the cartoony 3D graphical style of Tintin looks extremely effective, and the game exudes European design, but you just cannot knock the likenesses of it and Prince of Persia, you only need watch Tintin wall-jump, or Snowy squeeze into gaps like Farrah. 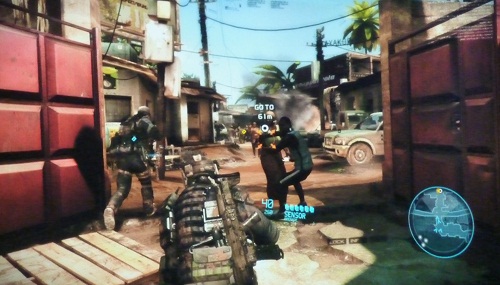 Gameplay footage of the new Tom Clancy’s Ghost Recon: Future Soldier was a highlight of the conference and taking cues from the recent popular Splinter Cell: Conviction; all intel is displayed in the level as you play it. Ghost Recon is one of the most well-renowned tactical shooters around, and the demo shown is a must see for fans of the series.