It's safe to say that everyone was a little surprised when Sony's 'One more thing..' announcement at their E3 press conference turned out to be Twisted Metal. For those that don’t know Twisted Metal is a vehicular combat game that started out on the PS1 with Twisted Metal 1, 2, 3 and 4, from there the series progressed to the Playstation 2 with Twisted Metal: Black. 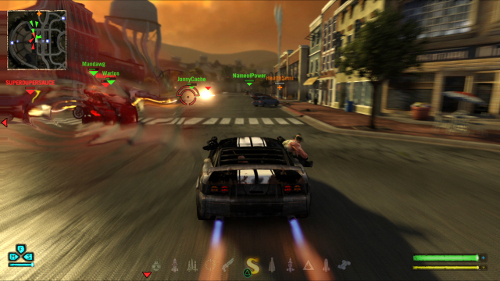 Similar to other destruction games like Carmageddon and Vigilante 8, players were given a range of vehicles to choose from and went up against each other, with deranged characters such as the evil ice-cream-selling clown Needles Kane, driver of the ice cream van Sweet Tooth, or the more typical character of Commander Mason. The games have a very similar style which makes them very easy to recognise, and while the new PS3 version is graphically superior to its predecessor's it is still very recognisable as a title of the series.

Twisted Metal PS3 features several different factions to choose from, the only two announced so far are the Clowns and the Dolls, with more to be announced up until its release. Rather than play as a single character like you did in the originals, players will take control of factions.

The game will feature a single player campaign as well as 16 player online, where the action will be extremely fast-paced, the maps in Twisted Metal have always naturally lent themselves to multiplayer and the maps in this new outing are no exception, as we were shown tight alleys, open spaces and massive multi-storey car parks.

It’s fair to expect that there will be several different modes of play, shown so far was a general capture the flag mode entitled Nuke where you were required to capture the opposing factions leader, and 'sacrifice' them to a missile launcher. A nuclear device is then hurled into the air where the player must guide it to a large construct of the faction's leader, the first team to destroy the other faction's construct being the winner. 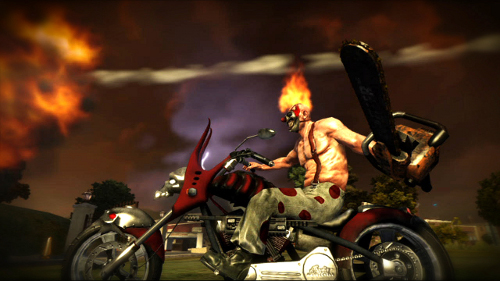 If you like post-apocalyptic, dystopian settings paired with crazy car combat and a good dose of black humour, Twisted Metal is the game for you. It goes without saying that the game is extremely unrealistic, however to see how the game will have evolved from its last outing on the Playstation 2 will be interesting to see. Fans of the game will not be disappointed as the original creators of Twisted Metal; David Jaffe and Scott Campbell are both on board. Twisted Metal will be available exclusively on the Playstation 3 in 2011.