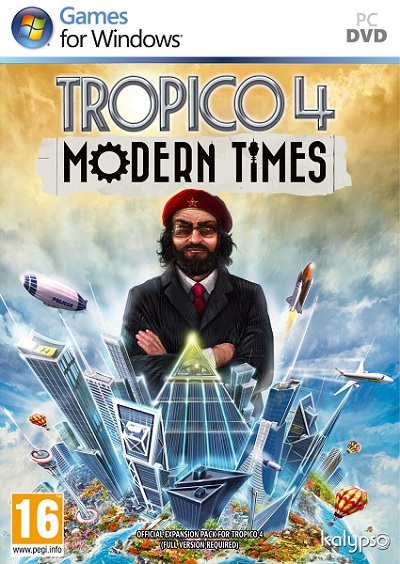 You always hear about crazed dictators, ready to hire assassins to kill their enemies, and play dumb when accused, or try to smuggle drugs for profit and then constantly get their comeuppance. Welcome to Tropico, that person is you! If you've never filled the shoes of El Presidente well you're just in luck, because the new expansion to the critically acclaimed Tropico 4 is here, and it excels the long running series to perfection!

Modern Times is not simply a few new levels and buildings, with 12 whole campaign missions it focuses on a new story set a few years after the end of Tropico 4, what you are getting in Modern Times is practically a whole game! Alongside the campaign missions you've the ability to create and download challenges for Modern Times, and exhaust everything given to you in sandbox mode that represents about 20+ hours of gameplay. 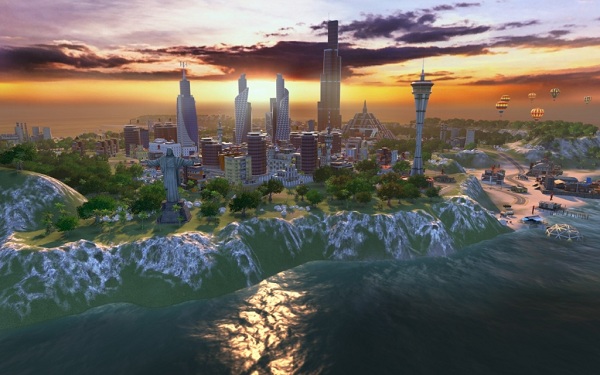 The campaign missions are fantastic, and each will require you to use different strategies to the standard game that'll see you keep your citizens calm least riots and gangs emerge, protect your country against the threat of war, infectious diseases and even zombies!

In the future people do not live in bunkhouses in pollution ridden slums full of the unemployed and criminal element, well they can if you want them to, but generally most Presidente's will want to take their beloved country into the future, and this is more than possible with the 30 new buildings that are unlocked as either evolutionary steps in current technologies, or just brand new ones. Once you've built a bio farm you'll never want to go back to the inefficient, polluted, one crop farms, and even at the height of the homeless and unemployment crisis, the gigantic Ziggurat housing that can hold 50 families or Babel Tower that can give out 50 jobs can take a little of the panic away.

Now of course you cannot just bust into 1950 and build hulking diamond cathedrals, solar panel power stations and supermarkets, new buildings are unlocked through the years from the Cold War era right up to the future, and for this, the expansion really comes into its own in sandbox mode, allowing you to literally play as long as you wish. Whilst you'll stop unlocking new buildings at the start of the 21st century, you can keep playing till your heart's content, or you run out of room to expand your country further, regardless thanks to the expansion your sandbox experience really comes into its own. 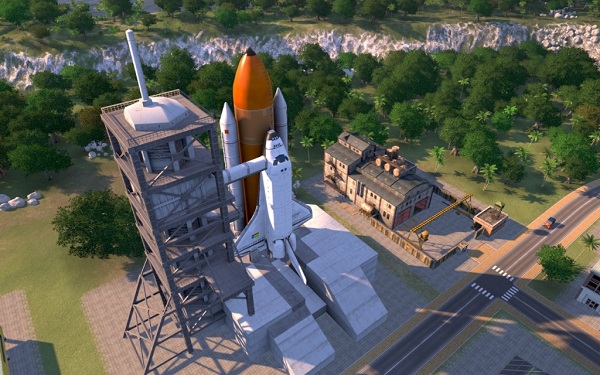 The choice of new 'futuristic' buildings is huge, and their resourceful and often environmentally friendly capabilities outweigh any old technologies, the use of them really aids future predicaments, however if you want to be a malicious dictator there are a few new edicts on hand for those that spit on democracy, how about banning social media? Perhaps you always wished for a true Police State complete with Internet Police and blimps, well modern times call for modern measures, and whilst some edicts seem a little unreasonable, they are up there with respectable edicts such as healthcare reform, tourism boosts and improving the fertility of your soil, but to be fair, sometimes you'll just want to be a right bastard.

What Tropico 4: Modern Times achieves is not simply the status of an expansion, but it delves into territory that would usually be considered a game changing element, in adding the aspect of chronology, suddenly your reign of the island is feasible for half a century thanks to breakthroughs in technologies, evolution in archaeology and changing times that will affect relations between your super powers and even the export prices on goods.

Modern Times is so deeply rooted in the timeline system you'll find that many 'events' throughout your period in office will take place, more often than not these usually affect your incoming funds, and are fairly topical, and keep inline to the general history of the world as we know it. If you take a tour through the sandbox mode you'll encounter all sorts of events from flu epidemics, student protests, Economic crisis' and war that will affect both your economy or foreign relations. 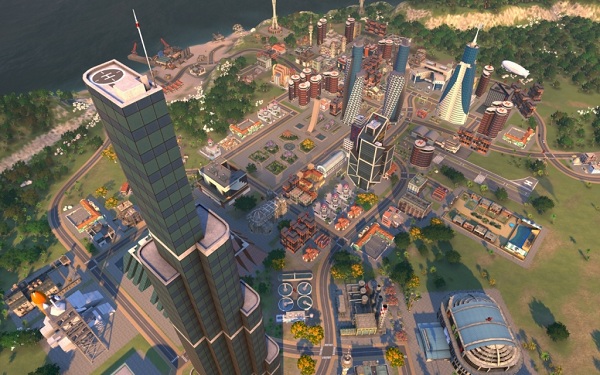 To make things more interesting your city does not simply evolve through the years like Sim City, in Modern Times there is no growth unless you force it, in order to keep with the times you need to demolish your old tired buildings and make way for the future in favour of new technologies, which gives you the option of leaving your citizens in poverty stricken shanties whilst you build a tourist dream resort away from the drab living space of your fellow men.

With changing times comes the need to change your strategies, and if you continue to play Modern Times as you did the base game; simply using the new buildings, you'll find that evolutions in industry practices usually mean less available jobs for your citizens; switching from a standard coal power station to solar power will remove any need for employees, and with one biofarm performing the task of three farms, suddenly managing unemployment in your country becomes a problem, and if you aren't careful your country will be shortly overrun with immigrants, and your countrymen may turn to the rebels or even criminal to make means.

Balancing the growth of your country can get somewhat tricky with the added longevity of the game, but whilst the original could get a little stale when all of the factions love you and your peoples' happiness peaks, thanks to the events, this is a much rarer occurrence, and to be fair the hours that you can spend in the new campaign alone is more than entertaining enough for the low price you have to pay. 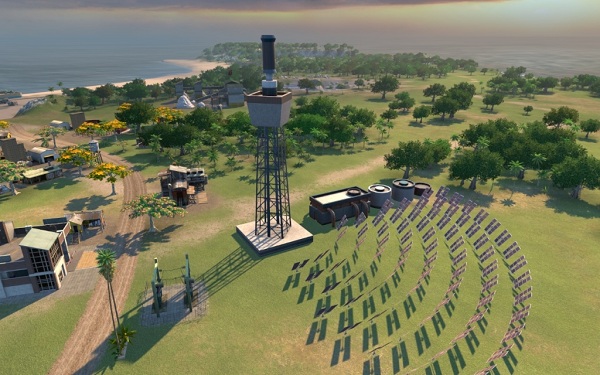 Tropico 4: Modern Times is the game that Tropico 4 should have been, the added evolutionary buildings and straight up new technologies boost both your economy and population's happiness and bring your skyline to impressive heights. With the added campaign levels on top, Modern Times will keep you going for weeks! If you've been holding off on the series until now, there is no question that you should buy this game if you love strategy games.

Tropico 4: Modern Times is available now in all good retailers for £19.99 and online digital distribution channels for £14.99, if you love your Tropico 4 experience, well Modern Times really amplifies the game and sandbox to a whole new level.

Please note that in order to play Tropico 4: Modern Times you need to have a copy of Tropico 4.