Get ready for Trapped Dead, a tactical real time strategy game with zombies... no unfortunately you do not play as the zombies taking over a peaceful town, instead you control two college kids in a similar fashion to Commandos or Desperados, in a 3rd person isometric view, inspired by horror movies of the early 80s.

Coincidentally Trapped Dead takes place in the early 80s in a small town called Hedge Hill, close to Kansas City, where a new genetically modified type of corn has spread a new virus which has mutated through the natural food chain. So when an infected animal bites a local, an outbreak rapidly infects the inhabitants of the idyllic little town. Mike and Gerald; two college boys are thrown into the terrifying scenario having pulled over to a gas station nearby Hedge Hill, unaware of the virus that has already spread throughout the station and its staff.. 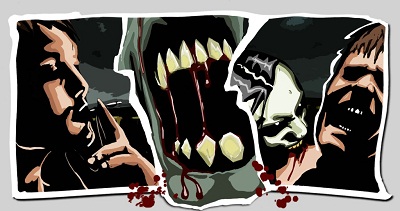 Trapped Dead sounds great fun, in fact it sounds like it could be a computerised version of Zombies! There is the promise of a co-op mode for up to 4 players, although unfortunately there are currently no screenshots, but Gamercast will be sure to follow Trapped Dead until it is scheduled for release late November 2010 where it will be exclusive to Windows PC.