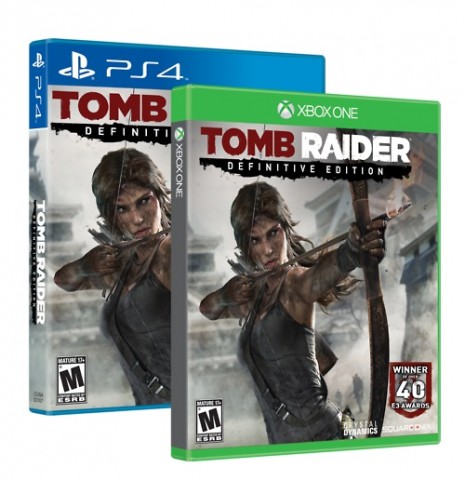 An announcement that had been spoilt hours before the VGXs and also presumed was that Tomb Raider was being released on the now current gen consoles to look similar to the PC release. You can now look forward to the Tomb Raider: Definitive Edition for Xbox One and Playstation 4 which will be released in the new year.

Developed with United Front Games and Nixxies as well as Crystal Dynamics they've rebuilt Tomb Raider to allow them to reach a vision for the game that they only dreamed of before with the previous generation of consoles.

Running natively in 1080p with the TressFX hair rendering which was only available on the PC version, along with a new Lara model you also get the following with the Definitive Edition:

Plus there are some console specific features which includes Kinect support on Xbox One for changing weapons, attachments and navigating the menus. Along with the ability to rotate and inspect relics with hand gestures and find new viewpoints by leaning into the world. For the Playstation 4, the controller will light up red and orange when using the torch and quickly flashes when Lara is shooting. The Playstation 4 version will also allow you to play the game on Vita via streaming. 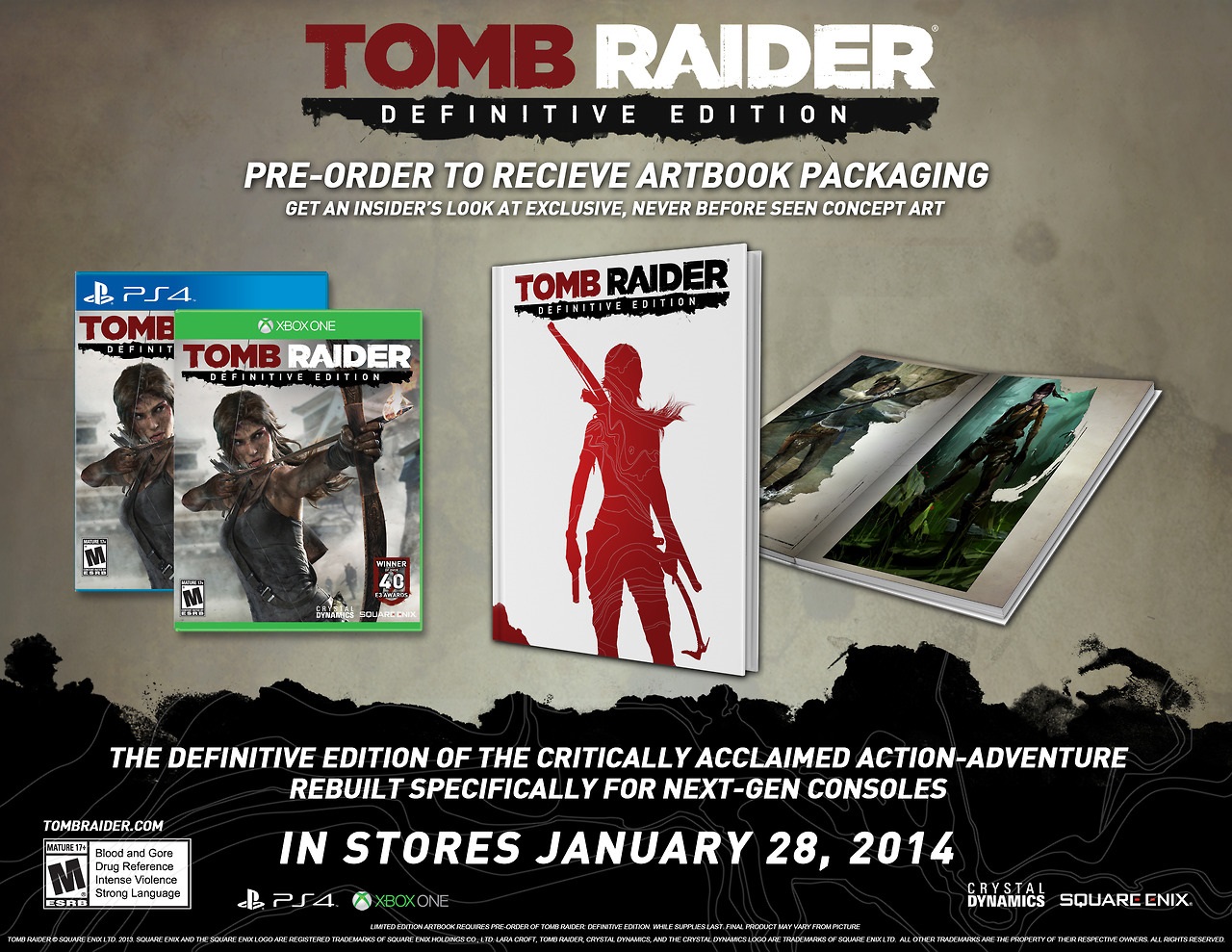 The Tomb Raider: Definitive Edition will be available from January 31st 2014 in Europe and some stores will be doing a pre-order bonus as you can see above.