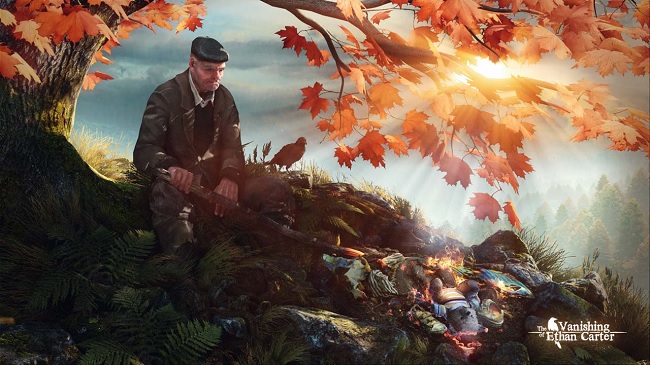 The title of their upcoming game makes me think of a mystery novel or a film perhaps, and is a very inventive name for a game, instantly informing the player there's bound to be mystery and intrigue within the game with a title like The Vanishing of Ethan Carter. The Vanishing of Ethan Carter is inspired by fictional tales of the macabre and other stories of the early 20th century. The game aims to evolve the current ideas of immersive storytelling in games and raise the bar.


You play a detective who has the ability to visualise scenes of lethal crimes and leading you to investigate the kidnapping of a young boy with the hope to save him before it's too late. The investigation leads you further down the rabbit hole when you discover a trail of corpses which all eventually lead you back to the fate of the kidnapped boy.

"What we care about the most is that the players feel like they're really there. Immersion is our number one priority", said the game's designer, Adrian Chmielarz. "It's a game about exploration and discovery. We're not abandoning the gameplay — on the contrary: we're trying to strip it down to the bone and make sure it's always meaningful and truly makes the experience better."

It all sounds massively exciting to us and we can't wait as The Vanishing of Ethan Carter is due for release on PC in 2013, The Astronauts promise to reveal more on the game shortly including Behind and Scenes and Making Of's for the teaser and screenshot they released yesterday.