In the first episode of The Devil's Playhouse, Sam and Max returned to our PC’s in top form, back with mountains of laughs, ridiculous bizarre action and with Max’s psychic abilities it topped every episodic title that Telltale Games have ever made!

In episode 2: The Tomb of Sammun Mak the traditional formula of adventure games is twisted giving gamers a new insight on the genre, and asks players to carry out the story in the wrong order; to look at future events to figure out what needs to be done in the past. 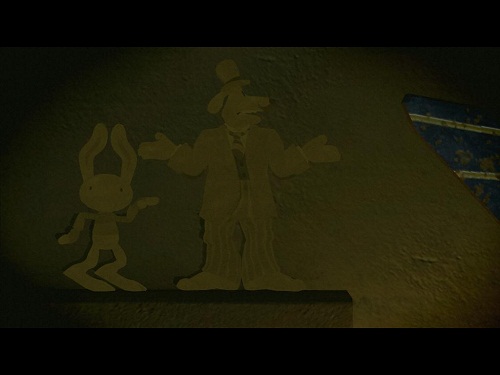 The game begins where we last left off and Sam and Max find a conveniently placed reel of film to explain the situation that their long-dead ancestors seem to be in, with a similarly conveniently placed projector, and the psychic touch of Max, so begins their newest journey through the bodies of their ancestors; Sammeth and Maximus. We are taken back to the early 20th Century, before vocal chords were invented, in a rather ‘Egyptiony’ setting, as they attempt to take the Devil’s Toybox from its housed tomb.

This episode introduces another 3 new psychic powers; the Can o’ Nuts that hides Sam and Max into a can of nuts of which they will pop out of in short succession, then there’s Psychic Ventriloquism that allows Max to puts his words into the mouth of any person or inanimate object, however the most important psychic power in the episode is Astral Projection, which allows Sam and Max to jump in and out of the 4 film reels that the game takes place on. 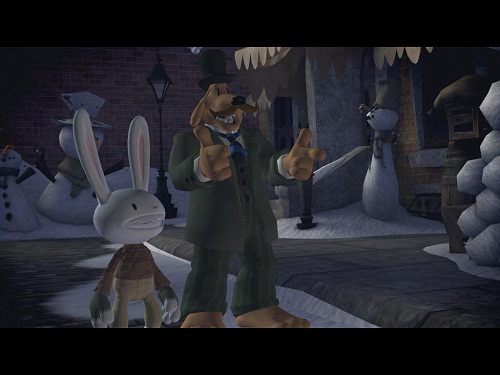 What we are not told is whether the powers that we are introduced to will be making a return in future episodes, as absolutely none of the powers that we were shown in episode 1 were present in Sammun Mak, it probably goes without saying that powers such as Astral projection will probably never be seen again, however those such as Psychic Ventriloquism and Futurevision are a couple that would work quite well.

The great thing about Sam and Max is that they are always self-referencing, everything takes place in the Sam and Max timeline, and is never forgotten, so it was quite nice to meet the infamous Jurgen -from 203 Night of the Raving Dead- before he was made a vampire, as well as Kringle, and his elves. Self-referencing is something that Telltale have always done so well, however it was good to not see the return of Harry Moleman for once. 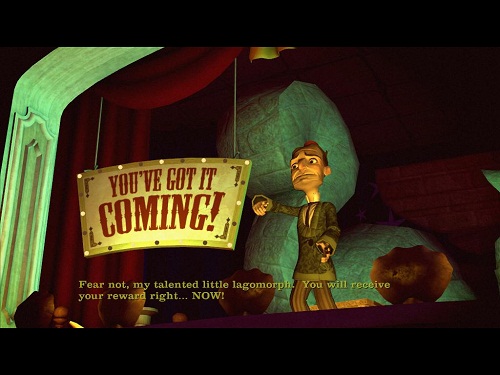 As usual there were the expected amazing jokes, and phrases -most usually said by Max- that keeps the series alive, and it’s the occasional laugh-out-loud situation that really make the games what they are most well-known for, and basing the episode solely around the reels of film is a great touch because there is no exploration of the present day, which makes the Tomb of Sammun Mak so fresh.

Telltale Games have turned around the expectations of their episodic content in The Tomb of Sammun Mak, with the great title of the next episode let’s hope that this trend continues when they return with Episode 3: They Stole Max’s Brain in June 2010, for now you can download The Tomb of Sammun Mak for Windows, PS3, Mac and iPad.