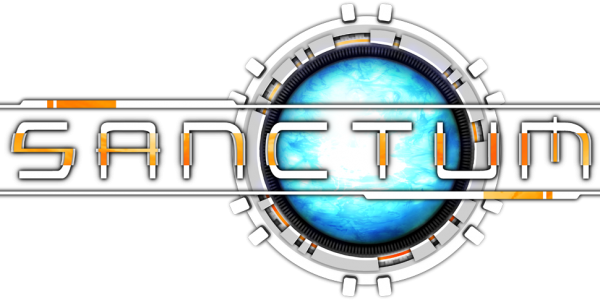 The tower defense is a particularly recent sub-genre of gaming, and every now and again a new spin is released on the typical model, very recently Defenders of Ardania asked the player not only to defend, but to attack also, and last year Coffee Stain Studios merged tower defense with first person shooting, and it was a match made in heaven in Sanctum!

It’s all a very simple concept, and in Sanctum you assume the role of Skye, an elite soldier sent to protect her home town Elysion One from deadly alien creatures by defending a ‘core’. With a selection of towers, blocks and weapons at your disposal you can build blocks on the ground of which each tower needs before it can be built. Whilst the blocks perform no offensive task, they are the most valuable defensive item in your hands, towers will take out most of your opponents, however those that it cannot deal with, you take care of with your own guns. 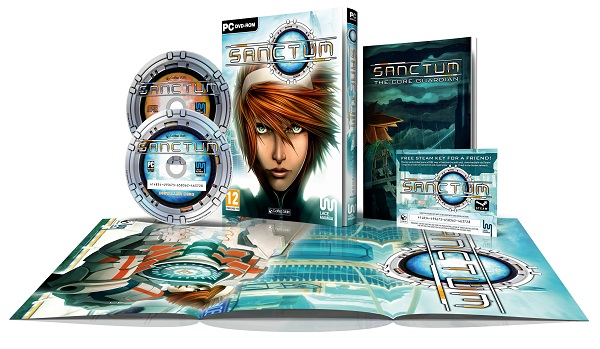 Lace Mamba Global’s retail release of the game not only gives you a brilliant and challenging game, but you also receive all of the currently available DLC; Aftermath, Aftershock, Cavern, Killing Floor, Penetrator, Slums and the Violator add-on pack adding levels, weapons and new towers to the full game, and on top of all this you also get the catchy soundtrack CD, a poster and comic!

The game comes with both a single and multiplayer option, allowing up to four players to unite together against an unrelenting mass of wave upon wave of beasties. Conveniently, The Sanctum Collection comes complete with a Steam pass for your friend, so you can battle evil together without having to meet some strangers online!

The standard single player mode contains 11 different levels, each of which contain 20 waves, no two levels are the same, from an open courtyard with which to build up a monster maze, or small confined spaces where your towers are very much limited. There’s also various environmental additions to be found, such as jump pads and teleporters that will aid yourself, and the enemy. 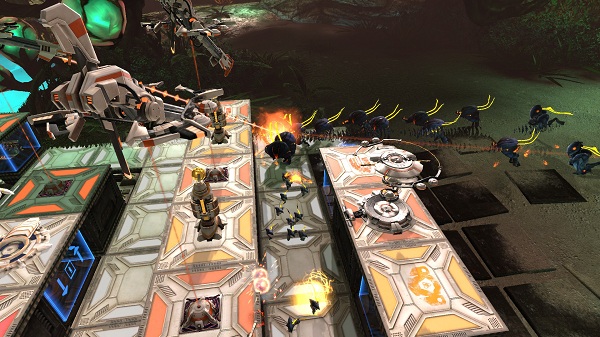 Your two biggest allies in the game are not your assault gun and gatling tower, but your support blocks; the Televator and standard Block, with the Televator you can ensure constant movement amongst your field of towers and enemy paths, and the Block is your only true means of survival if you are to bottleneck your enemies into tight situations ripe for a good shotgun blast. The enemies are not rocket-scientists and they will always take the quickest route, block them off and they’ll calculate the next best path, fill your playing field with a maze of blocks and I think you get the idea.

With enemies coming from the ground and the skies, your own arsenal has got to handle any number of deadly enemies, so you’ll be glad to know that you are not limited to simply a pistol and assault rifle, you've a range of weapons to choose from including support weapons to aid a tight situation like the Freeze gun, or the Sniper to pick off the leads of the waves.

Of course the game cannot be won with simply your weapon and a maze of blocks; each weapon will overheat with prolonged use, so it’s no good just blasting away at thin air, this is where the towers come into play. There is a true world of choice amongst the ground and anti-air towers such as the explosive Killing Floor; brilliant for crowds of monsters, or the tried-and-tested Gatling; your best friend when a group of twenty rush through your defences. For the flying pests you’ve towers like the Scatter Laser and Mortar, slow but effective, and a true necessity when you consider that death from above is the trickiest opponent that you never want to underestimate. 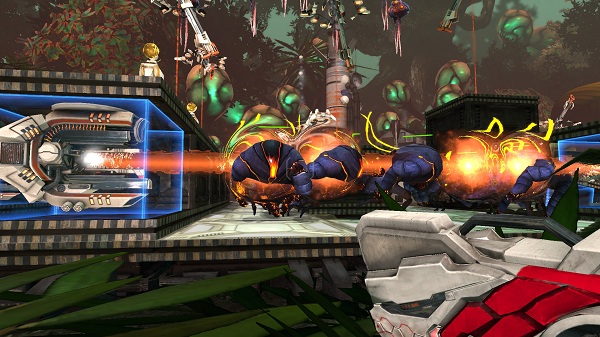 The range of enemies that you’ll find throughout the game are fairly substantial, and you’ll find no re-skins in amongst the crowds of enemies, ranging from the pint-sized runners, to the robust tanks each enemy has its own distinct behaviour and tactics to be used against it, you’ll very quickly learn which enemies are a cake-walk, and which exist to make your life a living hell.

To keep from filling your head with exposition that will fly in through one ear and out the other, Coffee Stain have set up a very handy Encyclopaedia that will fill your head with information for all of the enemies and their specific weaknesses, so encase you can’t remember your gliders from your dodgers, all of the information is there for you. It also features sections on the towers as well as the weapons, just in case you can’t guess what the Killing Floor can do, or the Shotgun.

If there’s one thing that games have proven throughout the years; there’s nothing more fun than shooting your foes, and Sanctum brings that together with the strategic manner of the tower defense, it really is a wonder that the concept has never been made so brilliantly before, and with a sequel on the horizon, things could get very exciting. 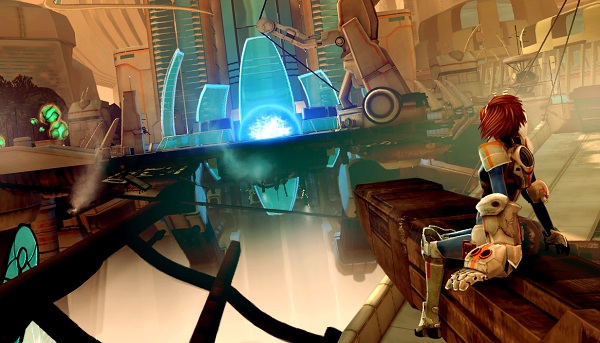 Sanctum is a brilliant take on the tower defense, and Coffee Stain Studios have made a brilliantly fun but challenging game with the combination of towers and weapons, whilst some have tried in the past, none have succeeded as much as Sanctum, and whilst the standard game is a little bare, The Sanctum Collection certainly gives you the complete package.

The Sanctum Collection is available now in all good retailers for the SRP of £19.99, not only do you get all of the DLC levels and weapons, but with two Steam codes you’re getting two games for the price of one!