It is something that has always been promised in every MMOG ever made, genre defining traits; the ability to change the world around you, each mission you take changing the balance of the universe in which you play but it never delivers. However Bluehole Studios (based in South Korea) promise to fulfil this dream, as the first details of the eagerly anticipated genre-defining Action MMOG TERA are unveiled.

TERA is what players of MMOG’s have always dreamed of, CEO of En Masse claims that "Players can go beyond factions and static storylines to write the history of TERA in real time as six races learn to work together." 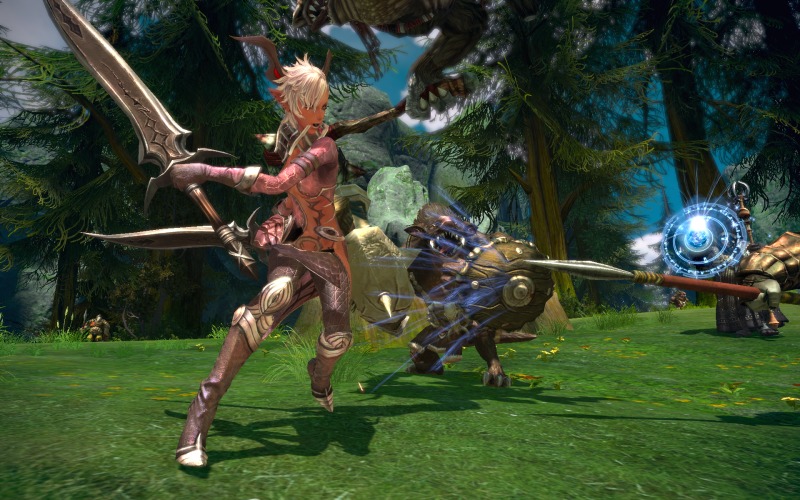 TERA promises that an individual’s actions can transform the balance of power in an unstable world, and players are set to control the impact on both the economy as well as the community environment in the lush, stunning world of Arborea. You will be able to battle as one of eight different classes; Archer, Beserker, Lancer, Mystic, Preist, Slayer, Sorcerer and the ever hardy Warrior. The six races are also slightly different from your average fantasy MMOG, aside from Human’s and High Elves, there are the Popori; fierce animal guardians which remind you that the game is Korean, and the Baraka; sheer giants in regards to the other races.

With the promise of quests in the thousands, as well as hundreds of different monsters, En Masse also guarantee spectacular graphics and animation, something more than a few MMOG’s could stand to have. TERA has pledged to go beyond the stereotyped rules of the MMOG, set to feature a dynamic, almost console-like combat system, reaching beyond the traditional MMO point-and-click style of attack, and suitably so, game controllers will be supported at the launch of the game.

Tera is seeing release in Korea this summer, whereas Western markets are being promised the game this winter.