Supreme Ruler Cold War is a new title in the Supreme Ruler series focusing on the period between the end of World War II and the beginning of the 1990’s when the threat of Thermonuclear War was a nightmare in every individual’s mind.

Aptly named BattleGoat Studios take players into a profoundly complex grand strategy game where they will need to make full use of all of the power at their fingertips to lead a nation to victory, this will be achieved with the use of diplomacy, supply aid, espionage, foreign trade and most importantly, military action, the question is are you going to make history or change it?

You’ve three modes of play to reign supreme ruler; Campaign, Sandbox and Scenarios, there’s also the option of 16 player online and LAN support if you want to reign supreme over your friends, and we are talking epic month long battles. Campaign mode is your standard affair, and give you the choice to play as the US or the USSR from the end of WWII in 1949, and asks you to bring your nation to power, whilst influencing the rest of the world to follow, and with over 12 victory conditions, you can win in multiple ways, including the coveted Space Race, winning via approval over your opposition and even through unification of the opposing sides. 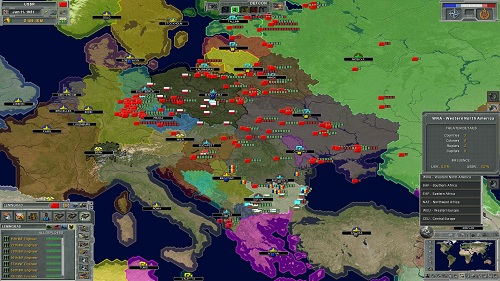 The Sandbox mode is for the mini-dictator in you all and allows you to pick any nation that existed in 1949 and lead them to glory, or whatever victory condition you set. Perhaps you always wanted Belgium to win the Space Race, well now you can attempt that goal, however the most unrealistic side you choose will not just walk into your hand; you’ll have to work even harder to bring such a minor nation to magnificence. Scenario mode is far more explicit and allows you to focus on certain events during the Cold War, however unfortunately there are only three present in the game, and in order to create your own you have to mod them in which is a shame, as the Scenarios are the quickest way into the complexities of Supreme Ruler.

In the wake of WWII, the world is split into two spheres of influence; each half is on the brink of Nuclear War, and it’s a race to world domination as you battle for favour in a war torn planet, will you encourage growth in your nation with a thriving economy, or increase military spending and rule with an iron fist.

Everyone knows that a country is not run by one man alone, and in Supreme Ruler Cold War you don’t really run the show, it’s all a facade, and the nation ebbs and flows with the authority of the five cabinet ministers that control; State Department, Finance, Production, Research and Defense. Your ministers will make all the decisions that would take up your otherwise precious time and always acting in the shadows of your political alignment, however if you do wish to make your own judgments on matters of state, you are able to lock the ministers from touching their department, basically handing all control over to you. A forewarning, when starting out in the game do not even consider taking too much control, or you’ll shortly have a country in ruin, best leave it to the professionals until you get your footing. 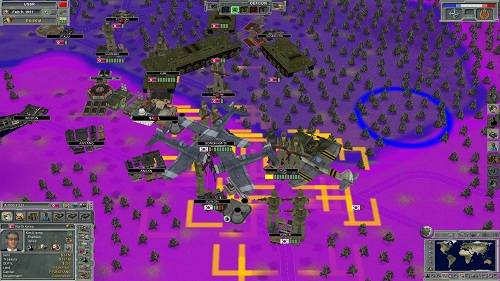 A lot of Supreme Ruler Cold War is there to make everything easier to the user, whilst not mollycoddling the player, strictly speaking, there is no reason to micromanage your military, or the complex economic model, you are able to simply give the game direction and watch your nation tumble or flourish.

The Theatres of War are a fantastic way to develop military strongholds in your country, and to enlarge that station just on the boarder of your enemy’s state, it’s as simple as selecting one of the 16 land or 5 naval theatres around the map and increasing the Military Priority in the area. In a short while you will notice how your military presence intensifies in the vicinity, ready for a declaration of war. The Theatres of War are by far the most useful aspect of the game, and it is mastering their use, coupled with the Battle Zone Controls that will separate the military leaders from the meek.

It is an understatement to call Supreme Ruler Cold War complicated; there are so many different aspects of the game to manage, thankfully there is an alerts panel to keep you up to date with the goings-on in your nation. Much like Sim City it’ll keep you aware of decisions that need to be made, and important events that are going on around the world. The alerts are extremely helpful for making you involved in a game where you do not act out as an individual but as a nation, with them you can find the shortcomings of your country, and the strengths that you hold against your neighbours. 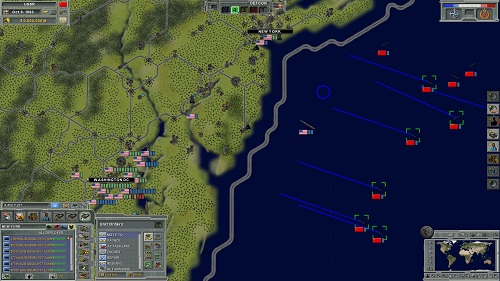 Like most intensely deep strategy games, Supreme Ruler Cold War is not exactly a looker, the graphics are much of what you would expect of an intricate Paradox Interactive title. But what’s the point of gawking at pretty visuals when you’re knee high in political intrigue, ready to declare DEFCON 3 and your last base in North Korea has been captured. The 2D map with small 3D military models is nothing to write home about, but who cares when regiments of infantry explode in a hail of fire, it all does the job.

What makes the game fantastically accurate in contrast to other strategy titles is Supreme Ruler Cold War takes everything dreadfully seriously, and makes the whole lot as realistic as possible. Supply is a massive aspect that most games will sweep into the corner; however BattleGoat Studios understand that it is just not possible to send your infantry half way across the world without so much as batting an eyelid. It is effective knowledge of knowing your nearby supply routes, friendly locations and just sheer geographic location of your strengths that is what it takes to win a war, the global supply system is a fantastic addition to the strategic element of the game, one that many should learn from.

The supply system is also extremely easy to understand and use to your advantage; each unit has its own supply, indicated by bars, which reveals how readily a unit is in proximity to ammunition or fuel. Consequently, you will also be aware of your enemies’ supply lines, and you can make a mighty city that bit weaker by cutting off its supply routes of the nearby villages, essential to it’s being. 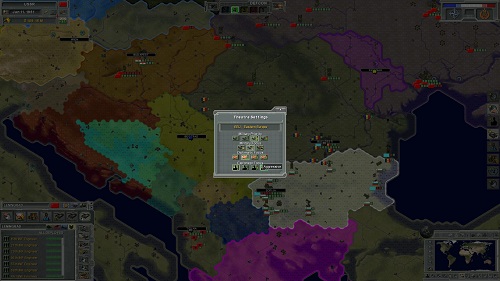 Unfortunately, unlike most intensely intricate strategy games, there is no tutorial to introduce you into the complicated world of Supreme Ruler Cold War. Whilst there are a variety of tooltips in-game to help you identify everything that you know of, it is recommended before you even venture into the game to take a small dive into the manual for a good catch-up on what you are about to do. Whilst the game does take a little time to get to grips with, you will find an inherently intellectual and exceptionally tactical grand strategy at your fingertips.

At its heart Supreme Ruler Cold War is an intelligent grand strategy that calls for your undivided attention, and does not treat you like a child. Whilst it may go straight over the heads of some gamers, it can educate you on the rules of conduct in bringing a country to victory with stunning accuracy. With the added bonus of the ability to bring any nation to supremacy, you can enjoy as many history-altering battles as Victoria II.