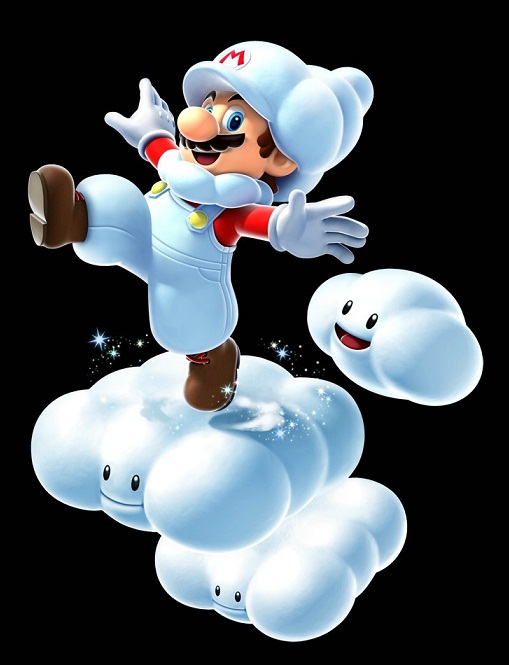 Super Mario Galaxy 2, the sequel to the hit original that revolutionised the Mario series has now had its new gameplay elements and features confirmed, from the very start of the game you will unlock a spaceship, and in using this planetary ship, known as the Starship Mario, you can navigate the world map, back in the same styling of Super Mario Bros. 3.

Some rather vague information is now available on the new suits in Super Mario Galaxy 2; Cloud Mario can create up to three cloud platforms, enabling you to reach higher into the sky, and as Rock Mario, you can roll into enemies and elements to reveal new things.

Yoshi plays more of an important role than he has in the past; in Super Mario Galaxy 2 when he eats a light bulb-shaped berry he will emit a bright light that will reveal hidden platforms, however you will need to eat them as quickly as possible, because his new ability does not last forever.

Super Mario Galaxy 2 features something that everyone will enjoy, with levels difficult enough that I will get frustrated, but also areas more attuned to casual players through the Cosmic Guide, a helper mode that will help players that find certain areas difficult, so don’t miss out when Mario flies into stores June 11th 2010.