A game we had a chance to see recently, was a little game called Styx: Master of Shadows. Now Styx may or may not sound familiar, he’s a small and interesting character from a game that was released back in 2012, a strategic role-playing game called Of Orcs and Men. Well now Styx has his own game and it’s a stealth role-playing game which sees you in his shoes being stealthy and very deadly, oh and if you didn't know he's about 200 years old. 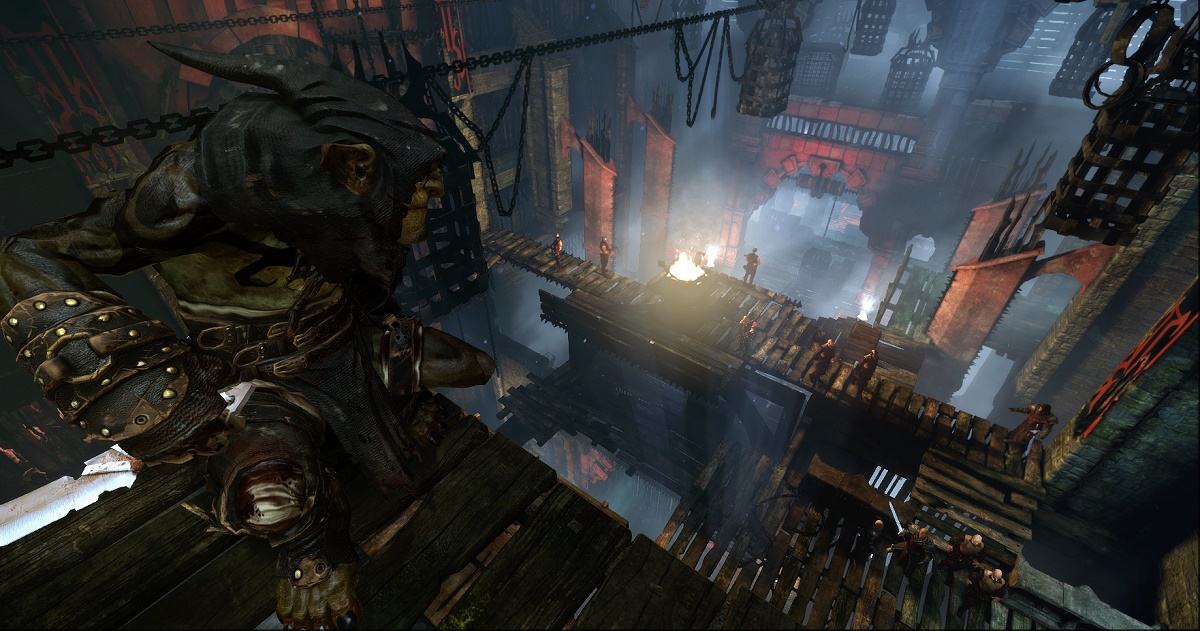 Your average stealth game usually features a highly-trained individual, generally male, who will either be dressed smartly if you’re going all Agent 47, or of course dressed for the occasion if you’re thinking more Solid Snake, or the popular ninja/assassin look or even a vampire. Well Styx isn’t your average stealth character, he’s a 200 year old goblin, but don’t let that put you off. In this universe goblins are extremely nimble and aerobatic, they’re also master thieves and cold-blooded killers. So Styx definitely fits the bill. Not only is it a breath of fresh air to play as such a different character, but not even being human definitely spices things up a little.

Throughout the game you’ll be getting used to scurrying about in the Tower of Akenash, a massively tall tower that has been built around the Tree, the source of the Amber, humans and elves built the tower to protect it from those unsavoury. Attempting to stop those that may want to take advantage of the precious power source. Well Styx thinks of the tower as his best chance to make some quick cash by using his skills. However the tower isn’t a safe place, it’s heavily guarded not only by humans, but the very clever and intuitive elves who can smell Amber from a distance, so of course it makes it a little annoying that Styx stinks of Amber as you can harness it to grant you some spectacular abilities.

Amber allows you to perform special skills in the game which include some pretty amazing feats like going completely invisible, granting you the chance to walk through brightly lit areas and remain unseen. There’s also the most interesting ability which allows Styx to puke out a clone of himself as a diversion. But it isn’t just a stationary diversion, you can embody the clone and perform actions with it, or take it over to a certain area where you want enemies to be looking to allow you to have safe passage in an area that may have previously been dangerous. These skills help add to the stealth standards that we have grown accustomed to in games by changing it around a little and giving you something interesting that isn't just hiding. 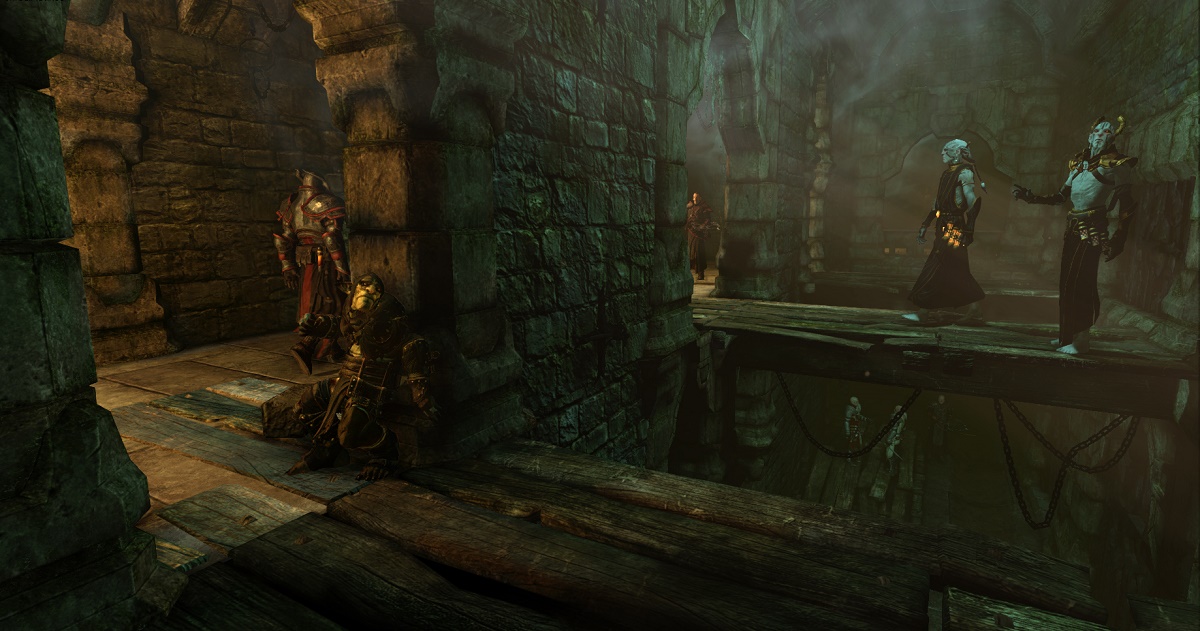 Styx features the stealth traits that all fans of the genre will be used to, you’ll be able to be detected through line of sight when the enemy spots you, and audibly if you make a loud noise intentionally or unintentionally. Along with a light and dark system for the shadows, they've also added a nice feature in place of the standard shadow meter. If Styx is hidden within the shadows the tattoos on his body will glow, indicating you can’t be spotted, however if you enter the slightest ray of light you’ll be vulnerable and the tattoos won't be noticeable. Similar to other games with a large emphasis on light and dark, if there’s a torch nearby you can extinguish them to create more shadows for yourself. However you'll have to be really careful as Cyanide have done massive improvements on their AI since their last game. Now when a guard is next to another or patrolling with others close by, they will notice when their partner has disappeared, making you have to watch what they may do, and think about if you can take them all out without them seeing you.

Along with the shadow meter if there's a chance you may be spotted, the game is also littered with hiding places for Styx to delve into or under, plus as well as hiding yourself, cupboards can also hide the bodies of people that you knock out, or even kill. In a similar vein to Thief which you can easily tell has been a big influence on the game, you can also loot items from around the world, these are completely optional but they'll get you some xp at the end of the level which can then be used on skills.

Styx can be lethal by performing distractions that can be matched together with stealth kills to pull off some great moves, but if you aren't one for waiting around you can always use throwing knives to take out enemies quickly and quietly. Or you can even find pieces of environment that you can interact with and use to your advantage by creating a distraction or to take out your enemy. To keep in line with a lot of games these days they've also added amber vision which you can think of as Styx's detective mode where you'll be able to watch your enemies from a safe distance and see where they're going, as well as any items in the area that you can interact with, it will be usable at a cost though, and you don't have to use it in order to be good at the game. 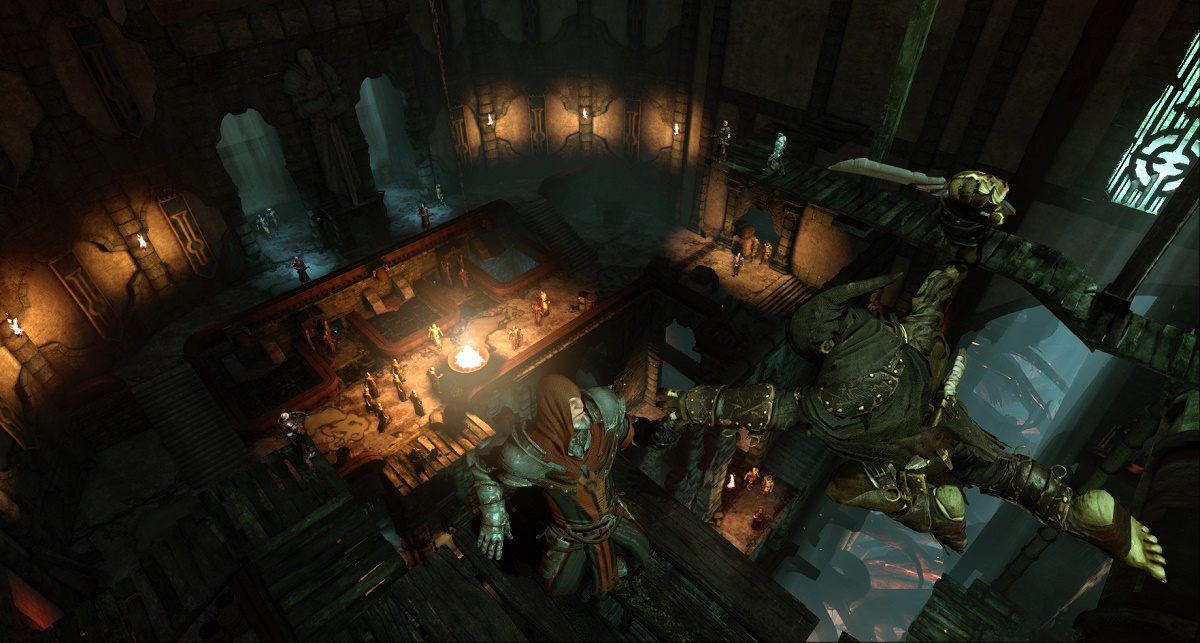 At an attempt to make no playthrough feel the same each level has multiple ways in which you can reach your goal, this is also helped because of the verticality of the levels as they are based around a tree, enabling various viable routes for Styx to use, plus different ways to approach problems. The RPG element of the game draws upon similar elements from Of Orcs and Men, as you play through missions and gain xp for being stealthy and stealing precious items you’ll then be able to unlock new skills and special moves across Styx’s six talent trees, these skill trees are for special abilities like the clone ability and air attacks, but also things as simple as the inventory to allow you to carry more items. Of course the talents you choose to upgrade will affect the way that the game plays out and what your strengths rely upon, making most playthroughs seem different to the next through means other than just your choices when moving around.

The campaign itself involves eight missions where Styx is creeping around the tower venturing across dark dank sewers, the dingy prisons and of course the super posh accommodations of the rich and powerful. These were a few locations we were teased, although we only got to see some of the prison in action. Each mission within the story can then be replayed through the challenge mode which will allow you to aim to excel in each mission for various different criteria including time attack, loot everything mode or ghost mode, the toughest of challenges where you cannot be spotted once. All of these challenges that you can attempt will allow you to earn xp to unlock skills, increasing your breadth of skills in the main game and in the challenges.

Styx is due for release on Windows during the third quarter of 2014, we can’t wait to see more on this stealth game that has massive potential.