Strike Suit Zero is a space combat game born from the long cold ashes of the likes of Freelancer, Freespace and the late and great TIE Fighter series, it takes all the addictive space combat of these and combines them with gorgeous visuals to make what fans of the space shooter have long been waiting for.

Strike Suit Zero is by no means a newly announced game, and you may even recognise it being previously announced at last year's Gamescom with little surfacing on it of recent. No longer in production at Kuju Entertainments' doublesix, Strike Suit Zero was taken over by new developers' Born Ready Studios who assure those originally interested in the game that they are totally dedicated into making Strike Suit Zero the best it can be, so we were delighted to sample some of the delights at Rezzed. 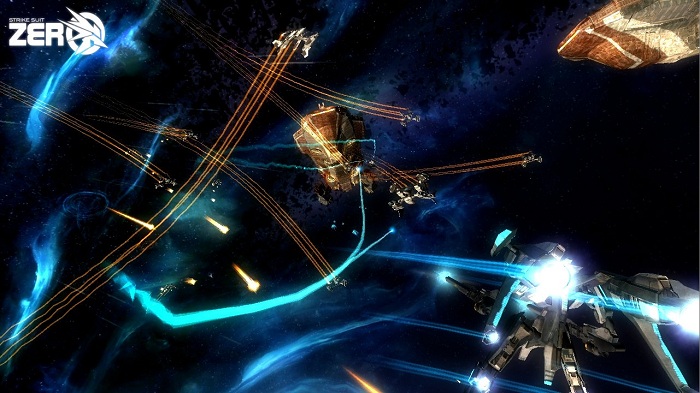 Now the game is not called Strike Suit Zero for no reason, and what isn't apparent on first glance is that the ship you operate is not simply a missile firing attack ship; shoot down enough enemies, and cause as much destruction as possible and your rage meter will fill, when that little bar is fully red you're able to literally 'suit up' and suddenly your humble little ship can take on the form of a rapid fire highly defensive mechanised suit.

In the demo we got to sample a great staple of the space combat genre; a simple convoy mission where we were to protect a large carrier as it traversed an empty expanse of a system, not before long small attack ships hyper-spaced into view, peppering away at your vulnerable carrier. Whilst your arsenal is fairly humble with simply a set of guns and homing missiles, a pro at space combat doesn't waste time in gunning down your enemies with satisfying accuracy. 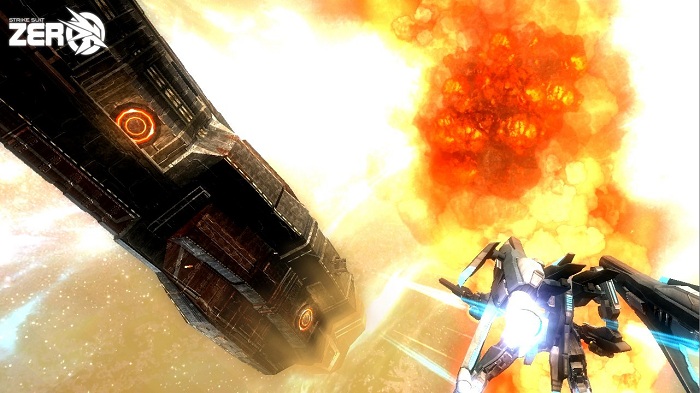 It wasn't long until the larger frigate destroyers catch up from hyperspace and appear on the scene; their long range plasma cannons bombard the carrier with little effort, and suddenly the true need for the Strike Suit's devastating homing missiles come into play. However these destroyers are not a force to be reckoned with, and their cannons effortlessly take their toll on the carrier, turning the small space fight into a battle for survival that is intensified on the backdrop of an action packed soundtrack setting the scene for the epic battles in space that we can expect from the game.

It's not hard to enjoy the fast paced, breakneck action of Strike Suit Zero, and its lush, vacuum of space is suitably cold and tantalisingly inviting. Similarly the Strike Suit looks and feels like a beautifully realised Japanese design, far from the very Western space combat sims of our youth. Whilst we wished we could play the mission on offer a few times over, beyond the beautiful visuals, absorbing space combat and satisfying arsenal it all seemed a little too good. 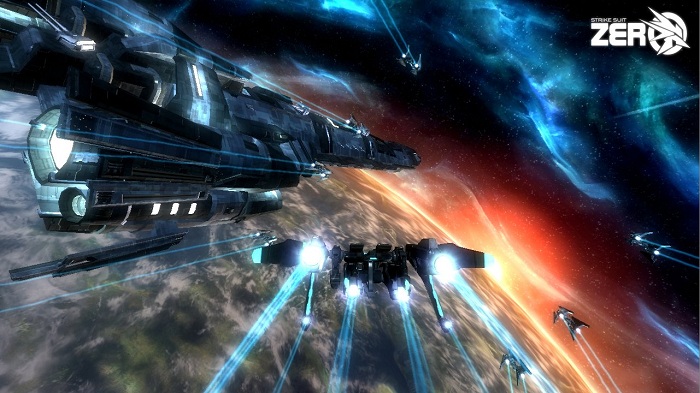 Strike Suit Zero has the possibility of being what PC gamers have been waiting more than 10 years for; a successor for FreeSpace 2, and for that very reason we did approach the game with some hesitation, and whilst they did have joysticks set up and ready for play the game does feature some very arcade style controls, and with a lack of reverse thrust or drift the game felt very simplified, we can only hope that as the game surpasses its alpha stage then we may have the look and feel of a more simulated space combat game on our hands. However, even if nothing is changed, there is little to stop Strike Suit Zero being a wholly enjoyable space combat experience.

If you're tired of your old space combat games not working on your new PC, and sad that your joystick has not seen use for many a year as it gathers dust on your desk, Strike Suit Zero is just the game you've been waiting for, and its scheduled for a release during Autumn 2012 for PC, with the possibility of console release in the future.