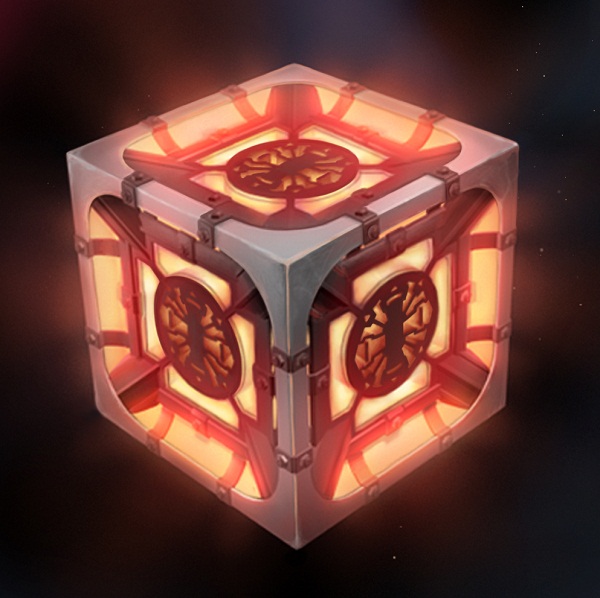 It's not every day that you can play a real-time strategy title that doesn't suck up hours of your time, it's always great for the RTS fans who have the time to spend, but some people have less time to lose to a game. Some others don't enjoy taking part in an unmatched game against the more strategic of players, as you can invest hours into a match only to then go and lose.

Well Zeal are switching round the cards this time round by releasing something that removes some of the issues found with the real-time strategy genre by mixing in features from another genre that features quicker turnarounds for matches. They've grabbed an RTS an FPS and a hint of MOBA and mushed them together to create an interesting and addictive game which can be enjoyed in small bite-sized portions. In Starvoid you take on the role of a mercenary commander wandering the outer rims of the galaxy, doing your best to fight for control of the rare fuel known as Starvoid, so you have to get it before your opposition has the chance.

Visually you can tell Starvoid is mainly influenced by Science Fiction and space but also with a hint of Western in the environments and the character design. So you could say it may be your answer to Firefly in a fast paced gaming experience. We played with pre-made classes while playing the game, however there was a whole array of characters that we can't wait to find out more about, from a wide shouldered cowboy, to a ninja-like lady each character had a very distinct look. 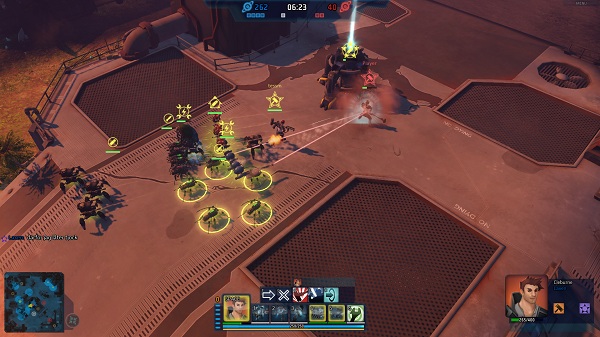 Starvoid is going to allow drop-in drop-out gameplay with a max of twelve players per server in a 6v6 setup. This means in RTS terms that it won't be one person handling everything at once as long as you have players on your team. If you want to play strategically in capturing the bases to gain victory points then you may want to have members of the team staking out the bases as you would in any game be it a settlement in an RTS or a flag point in an FPS. You'll find yourself sucked in, in no time, but then you'll also find it tough to get those points when you find others camped out at the bases, waiting for you to be sucked into their little trap.

One downside for some players will be the absence of single player, however as the game focuses around deathmatch style gameplay and a subtle story you can't really blame the developers for this choice, the story has been made simple to sit nicely within the gameplay to give the characters meaning. To accommodate for the more competitive players Zeal have added challenges within the multiplayer which players of StarCraft II or fans of achievements will be familiar with, these help add an extra dimension to the game while also a level of addiction for those completionists out there wanting to finish every aspect of the game.

To keep Starvoid feeling fresh in multiplayer they've added in an in-game shop to allow you to purchase upgrades and new units for customising your own classes. This means that during the actual game there is no RTS style of progression involved with your units, they’re fully functioning mechs or creatures that you send out on the spot. The only thing stopping you from sending out the most powerful units ever made all in one go is that similar to RTS games you have a population count. This population count of six remains constant throughout the game and makes sure you have a fair balance of units against your opponents. 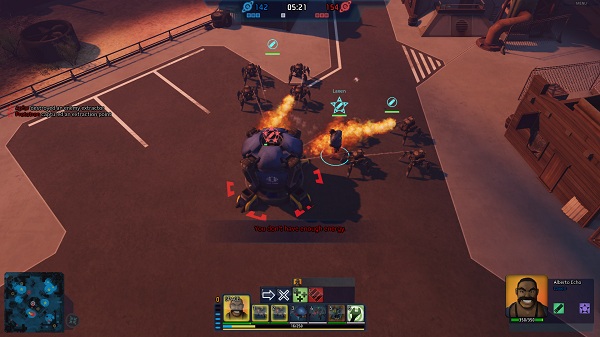 Within Starvoid the underlying factor is that if "you"; otherwise known as your commander, is killed then all your units die. So it really becomes a game of cat and mouse, luring in the enemy commanders and their units while you try and sneakily take them out. However if you do happen to fall to the hands of your opponent the game isn't over as you can quickly press the Space bar to respawn yourself at your base, draw out your units and go back in for the kill. When respawning you can also re-select your loadout from your pre-saved commanders and allies that you've built up if your previous selection wasn't the right spec against your enemies.

As well as units you can command there are certain commander abilities that you can put in your loadout to give your commander something to fight back with if attacked, this can range from kicking or punching to other abilities, although they all involve a cooldown so you can't just spam your attacks. You then also have special abilities which you can call on like an airstrike, but these come at a cost. To use a special ability you have to pick up scrap metal from killing enemies, once you've then got enough you can use your strongest attacks and take out as many enemies as possible.

Starvoid was a very interesting addition to a usually fairly samey genre, I can't wait to have a full look over the store to see just what amazing units you can pop together to make the ultimate class. Starvoid is set for release during Q3 of 2012, so keep an eye out for its release on Windows.