Acitivsion have announced something that all Star Wars and Collector's Editions fans will be pleased with, alongside the release of Star Wars: The Force Unleashed II you will now have the choice to pick up a collector's edition of the game.

A sequel to the original title, players will once again assume the role of Starkiller (Sam Witwer) during an era set between Episode III and Episode IV filling in any gaps between the storyline.

This limited collector's edition is set to include: 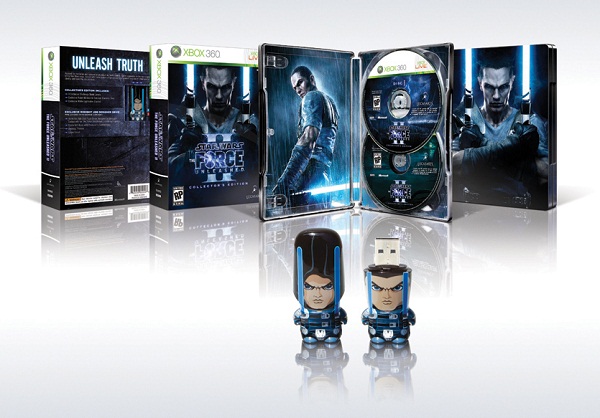 The Star Wars: The Force Unleashed II Collector's Edition and standard edition will be available in the Autumn 2010 for Xbox 360 and Playstation 3.