StreumOn Studio have released some of the first screenshots for their upcoming Space Hulk: Deathwing, a first person shooter that puts players at the head of a squad of Space Marine Terminators as they venture the claustrophobic, Genestealer-infested halls of a Space Hulk.

The new screenshots show the hero of the game; a Deathwing Librarian who must confront the awakening hordes of Genestealers. 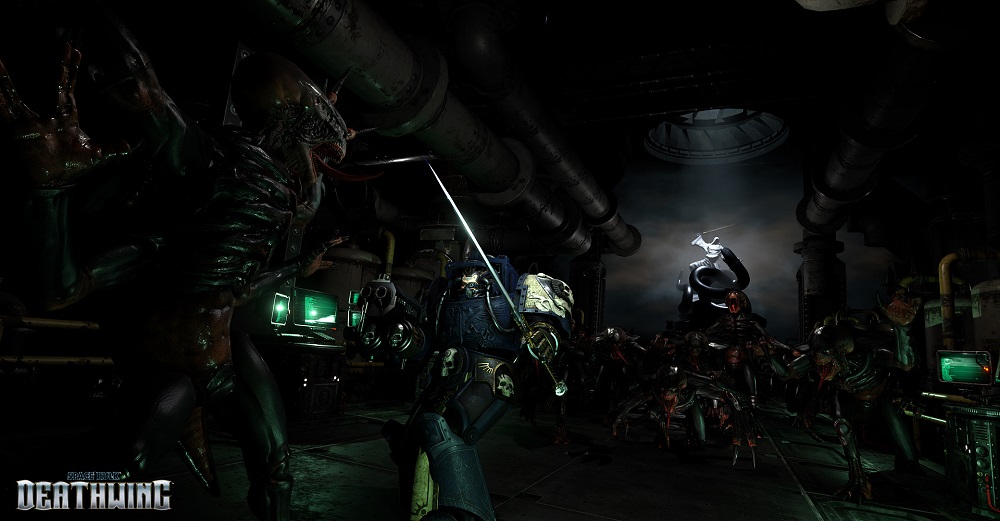 If you're unaware of the terrifying Genestealer menace, they are a serious threat even for the mighty Terminators, and they're only the beginning! With Genestealer Hybrids, Broodlords and many frightening sub-species. The game is a first person shooter evolved from the classic Games Workshop boardgame that hopes to recreate the tense claustrophobic tunnels and perilous missions as a role of an infamous Space Marine.

It's not just a first person shooter though, Space Hulk: Deathwing features a full-on skill system where your performance in battle will grant you Fervor Points to improve your abilities, unlock new powers, access mythical relics and the most devastating of Marine weaponry.

Unfortunately there's no release date or platforms announced yet! Fingers crossed we hear something soon.