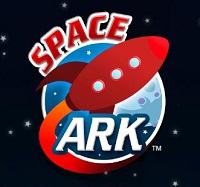 Space Ark is the third game to be developed by Strawdog Studios, a quaint little puzzler which has some very addictive gameplay which I urge people to check out come it's release date.

The story follows the Space Ark which is populated with the Arkonauts; a team of space travelling animals that are on an important mission. It is their duty to terraform all the damaged worlds bringing to life these shattered planets, this disaster happened because of a wandering black hole that has been passing through the galaxy.

For each new level of a planet that you begin the terraforming process on, a new Arkonaut is taken out of stasis, jumping with excitement the second they get out of their pod, eager to help out.

The gameplay of Space Ark takes the concept of the paddle and ball from Breakout, transforming it into a bounce pad and an Arkonaut. Unlike Breakout you have a lot more control over your Arkonaut, having the ability to make it jump higher and change the direction it moves, like Breakout though you don't want your Arkonaut to touch the floor. 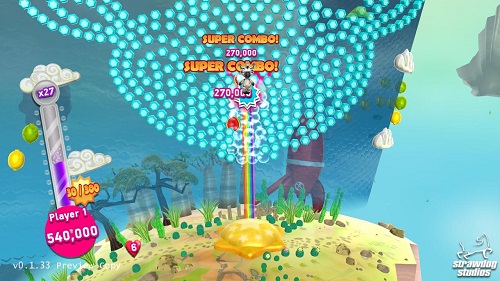 Space Ark then takes the ball movement mechanic of Breakout and then adds it to Lord Cinderbottom's Fireball (Peggle) giving you a constant feeling of invulnerability, because you don't have to bounce off the DNA to collect it.

In order to terraform the planets you must collect DNA off the shattered planets. If you collect a chain of 3+ pieces of DNA you create combos, for the number of combos you create you are rewarded with a piece of fruit, this then fills your super meter which increases your score multiplier. Each level also has a combo quota which you must pass in order to be able to successfully terraform the planet, all DNA must also be collected to be able to exit the level. After this mass of features you will generally end up with scores in the millions, giving you impressive high scores and giving you the feeling that you've done a good job.

There are also powerups which your ship utilises, allowing you to have various weapons (for example cannons and machine guns that attach to your bounce pad) and other advantages in the level like a food vacuum or bonus level tokens. The weapons act as a means to collect the DNA in case your just out of reach as well as destroying re-enforced DNA so you can collect it. 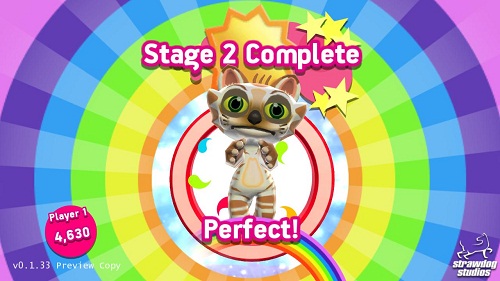 The game has a very cute feel to it, from the main menu with its simplistic space theme, to the Arkonauts and their cute (and sometimes creepy) animations and models, this theme runs through-out the whole game, giving it an unique visual style which should appeal to all.

Space Ark is due for release on June 16th on Xbox Live Arcade with a price of 800 points. I highly recommend it to fans of puzzle games as it is quite addictive and my only real issue with it is that I wish that I could have played it for longer, I shall definitely be picking this one up.