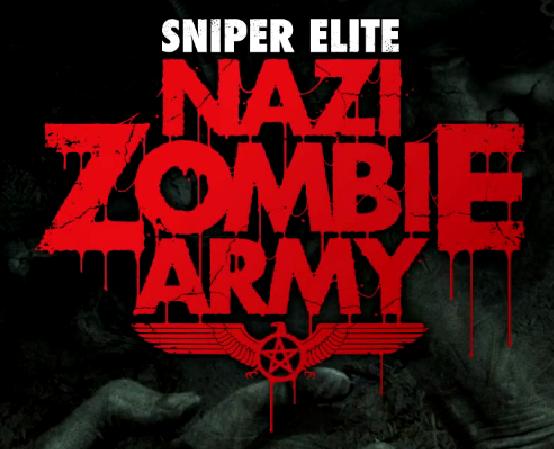 Sniper Elite: Nazi Zombie Army is a slightly different expansion to the Sniper Elite franchise than what fans maybe have originally been expecting for their next game. Rebellion decided to join in on the love of zombies which is of course present across all forms of media, meaning it's a great way to draw in potential players. From adding zombies to the fun gameplay of Sniper Elite, Rebellion have made a compelling game with an enticing co-operative play and a slightly less enticing but still enjoyable single player.

The co-op is the highlight of this stand-alone expansion as from all being raised on Left 4 Dead over the years zombies are best taken out with friends. The co-op however does have its flaws, but it's still exciting to play through and is heaps of fun when played with people you know. The experience you get from playing with others creates an environment and atmosphere that just cannot be rivalled by the single player. It's all good having a co-operative style gameplay in a genre like this but Rebellion have sadly only approached cooperative play from one angle. 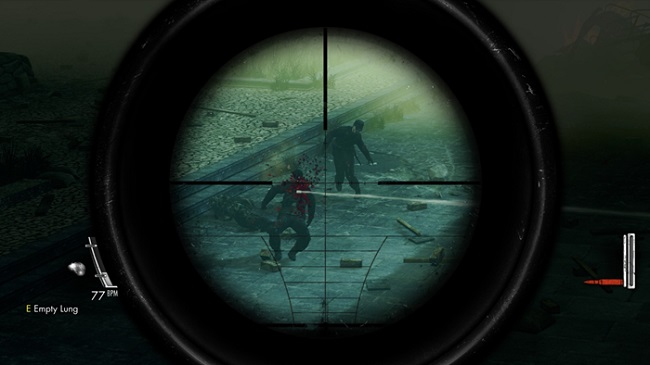 Sadly Nazi Zombie Army doesn't feel like it was made primarily for co-operative play, meaning that the missions aren't catered for you working together with your friends. It feels more like you're just going head on to take out the zombies. Throughout the game it feels a lot like you're just being thrown a constant stream of zombies appearing from all over the place that you have to shoot down and watch your friends back. That seems to be far as the co-operation goes, in some cases you also have to scramble to try and loot the corpses for ammo first before your team mates take it all, but that's just a little friendly competition.

Despite the unfortunate missed opportunities to make the game fully cooperative, it isn’t all that bad. While playing the co-op you are able to communicate to your friends to warn them of potential zombie attacks and you can of course discuss tactics either via a microphone or typing via the chat system as with more than one set of eyes on the zombies it gives you a better sense of awareness. The multiplayer is also a lot more explosive than the single player with four times the amount of land mines being placed on the ground and trip wires crossing the pathway, it also gives you a sense of ease knowing that there are other people around you to protect you, but that means if you aren't working together as a team you'll have a tough time. 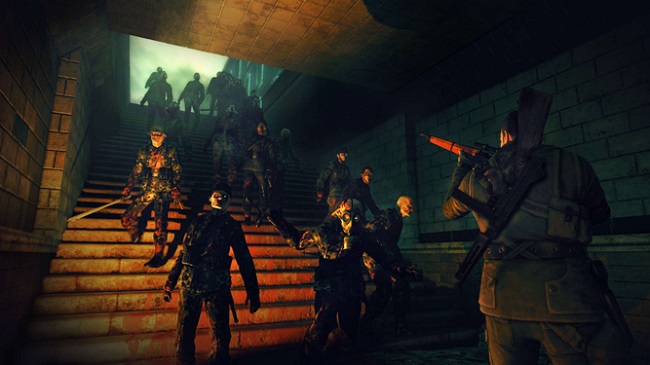 Single player is sadly not as interesting as the multiplayer as it can tend to get a bit repetitive as the same enemies run at you and the frustration starts to creep in as you try and kill the same wave time after time, it is also a lot more difficult on your own…and scarier. But it feels like the game throws potentially a little too many zombies at you, giving you a much harder time, persuading you to stick with playing with your friends.

Nonetheless the core mechanics of the game still keep things interesting, the bullet time in particular is what made Sniper Elite V2 the game it is, although it can slow the intensity of the game down a lot. For example if you manage to shoot five zombies at a time and it goes into bullet time after each shot it can get a little repetitive. During the X-ray section of the bullet time where it enters the body the difference is that the zombies have rotten innards, you get to see the decaying brain, heart, lungs, kidneys etc all burst as the bullet travels through the body. Does a zombie really need all their organs thought? I don’t think so but it makes it a little more enjoyable.

To keep it interesting Rebellion have created a range of zombies. The most frequent are the Nazi soldier zombies who move at about one mile an hour, this makes them a quick and easy target to shoot and probably the main reason why a large number appear at once. It can also be a little slow when dealing with these types if using the sniper rifle, so machine guns tend to be the preferred weapon when taking them down. Meanwhile to throw some excitement into the mix there are the suicidal zombies which run at a faster pace and have dynamite strapped around their bodies, they also scream really loud which indicates they are running at you, similar in some ways to a Hunter from Left 4 Dead. 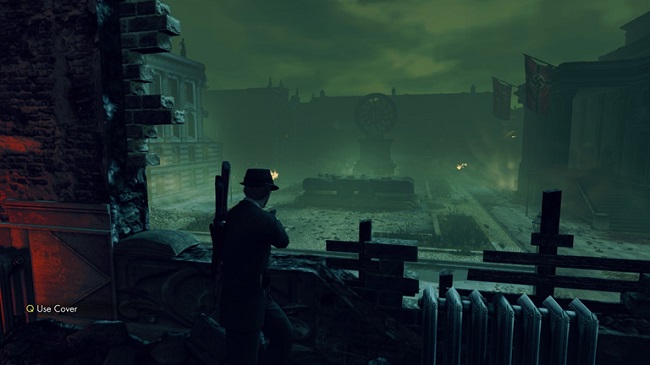 Another enemy type are the skeletons which can be quite difficult to kill at times as they only have one weak spot which is their heart, which can be found conveniently behind their ribs, of course this makes them best to take out with your sniper rifle requiring precision based shooting. There are also sniper zombies who can jump between roof tops and other high points in the maps, these snipers are also occasionally joined by suicidal zombies who pop up from the ground and immediately explode. Lastly there are Nazi General Zombies who are armed with a light machine gun of some variety and are generally a lot harder to kill.

Sniper Elite: Nazi Zombie Army presents a quite enjoyable experience, especially if you enjoy zombie shooters. And even though zombies are overused in games a lot these days it was of course an enjoyable edition as similar to what id software have done in the past with the Castle Wolfenstein; they've brought together the supernatural with Nazis and zombies and did a good job.

Personally I enjoyed what Sniper Elite: Nazi Zombie Army had to offer, it gave some unique features for a zombie shooter by including the bullet time and it showed an interesting art style from the blood riddled and decaying maps to the rotten corpses coming to life. I just think it's a shame as it doesn't feel like it was made to be a co-op game, if they had added a little more teamwork focused sections it would have been a much more enjoyable experience.