The developers on the forthcoming schmup Sine Mora are well aware of the naysayers that do not believe of its capability to cater to both the casual and hardcore schump scene crowd, well to counteract, they have released a new trailer that shows the difference between a playthrough on normal difficulty, and one on insane.

" frameborder="0" allowfullscreen>it may not look like a true bullet hell that shooters like Death Smiles or Dodonpachi are most famous for, what Sine Mora does differently is give insane players a far stricter timer that adds to the tension of the game. This shorter time limit/countdown ensures that the player is precise in their shots to gain more time, and dodge bullets as they make a manic sprint to the end.

MYRYAN MAGUSA - Blood type: 0. Age: 33 circles. Young, beautiful pilot and repair-woman. She had cancer of the larynx as a young girl and is using a voice box. Her nation was assimilated by the Layil Empire long ago; with a counterfeit ID, she’s now a citizen of the Empire. 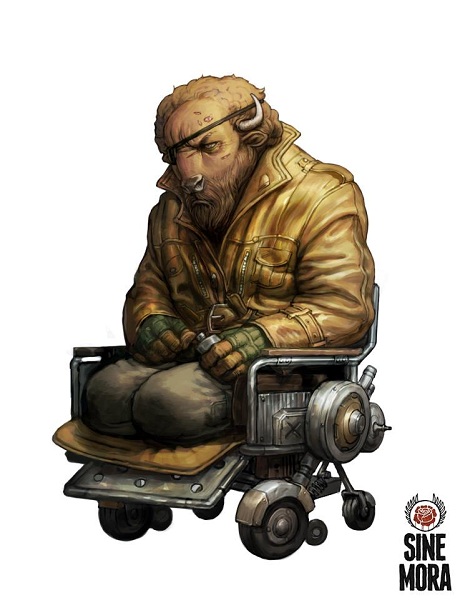 RONOTRA KOSS - Blood type: B. Age: 55 circles. One of the few aces of the Empire. An opportunist in his better days, who later became a drinker. After he lost his legs in an accident, he became completely disillusioned.

With a complex ranking system the game is set to cater for both the hardcore schmup fan or the casual gamer, and with its beautifully crafted stages it looks to be a good looking and engaging game.