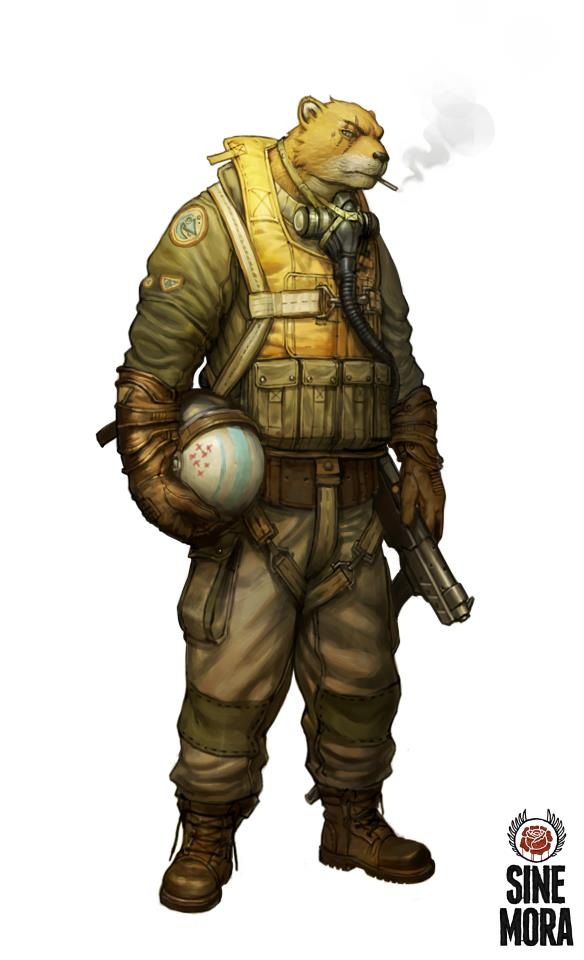 Released a few days ago, some Sine Mora news surfaced from their Facebook page, and the first of the heroes of Sine Mora has been announced as Argus Pytel; a high ranking Collaborationist officer of the Laylil Empire. He is a conservative gentleman and solid fighter pilot.

This is the first time that information has been given on the game since the summer, and the anthropomorphic character is very different from what many may have visaged for the diesel-punk shooter. However Sine Mora promised an over-the-top tale that we would usually expect from a co-developed Grasshopper Manufacture title, and if anthropomorphic characters are the way to go, who are we to argue.

With a true bullet hell sensibility and a complex ranking system the game is set to cater for both the hardcore schmup fan or the casual gamer, and with its beautifully crafted stages it looks to be a good looking and engaging game.