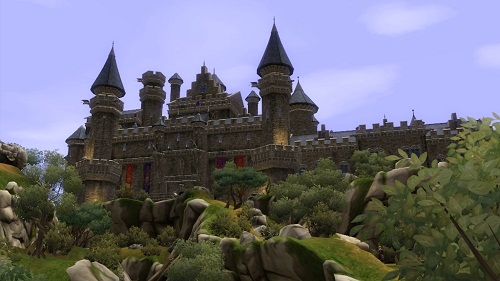 Electronic Arts have announced The Sims Medieval a new series currently in development that places Sims into the Middle Ages, allowing players to create heroes, venture on quests as well as building and controlling a kingdom.

“The Middle Ages is a time of intrigue, legend, and excitement. It offers a perfect backdrop for a brand new series from The Sims studio due to the limitless stories that can be told,” said Scott Evans, General Manager of The Sims Studio at EA. “The Sims Medieval offers a new way for players to experience The Sims which we hope fans will enjoy, and it features gameplay that fans of strategy and role-playing games will find appealing such as controlling an entire kingdom and quest-based gameplay mechanics.”

In The Sims Medieval players get the chance of building up a medieval kingdom, controlling many characters from Kings and Queens, to Knights and Wizards, Blacksmiths and Bards. Unlike the core Sims titles Medieval will be far more story based, giving the player quests such as crafting a legendary sword or arranging a royal wedding, and every quest will play out depending on which Hero Sim the player is in control on at the time.

The destiny of the kingdom is in the very hands of the player, whether you wish to build up the kingdom internally or through conquer new territories. Or perhaps you will take on quests in pursuit of fame, rather than on the health and wellbeing of your people. At the beginning of every new game, players will need to select an ambition for their kingdom which will start them on a new set of stories. 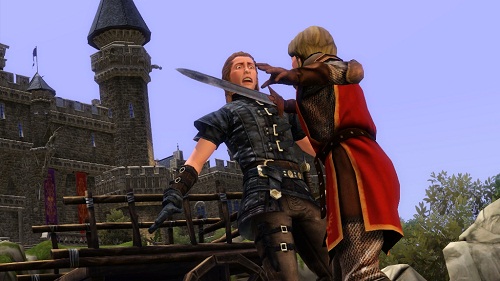 Less of a simulation, The Sims Medieval is crafted to create an immersive medieval world, with quest-based gameplay. Players can customise every new Hero that comes to the kingdom; selecting their traits and their fatal flaw in particular. As well as sending your Sims out on epic quests, Players will need to ensure that their Sims are carrying out their daily responsibilities such as healing the sick, trading for exotic goods, or forging armour. Your options are endless, whether you wish to have a baby, or compete in a tournament this is a time of romance and chivalry and the Players have control. The Sims Medieval will be available for Windows and Mac Spring 2011.