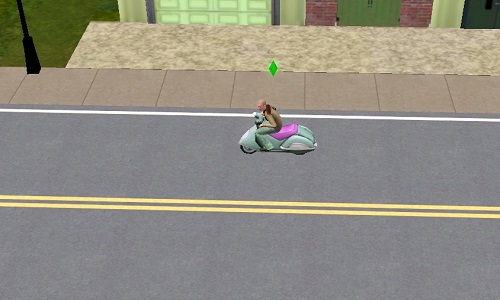 Sick of driving your Sims around in their Lemon? Good news! Electronic Arts have released the new Sims 3 Fast Lane Stuff worldwide so that Sims fans can have a little more variation in the vehicles that their Sims get about town in.

The Stuff packs are notoriously handy for introducing new styles, objects and more to your Sims, and Fast Lane Stuff is no exception, allowing players the choice of four different lifestyle options; racing, intrigue, rockabilly, and classic luxury, all offering unique items to outfit your Sims with such as fitting formal wear, and dirty overalls. Most surprising is the lack of new tattoo’s which fit the car theme perfectly, and is quite a shame to not see any additions in there, however of course you do not need Ambitions to install Fast Lane Stuff, so it makes sense.

There isn’t very many furniture objects in this pack, however the cars are the main focus, you won’t really want much more, with about 10 items that are given with each style, such as neon signs, bars, rugs and toolkits. A big favourite is the traffic signs available from the racing style that include a gnome and llama Xing sign. 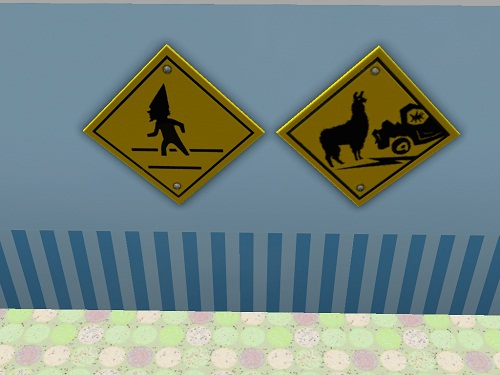 With 10 cars suiting each theme, unfortunately there are no new bicycles you cyclist enthusiasts, however there are 3 motorcycles, including the Scoot Mobile! A brilliant little scooter embarrassing enough that you wouldn’t be caught dead riding one, however there’s no gaudy helmet for it.

The best, and possibly strangest new extra to the Fast Lane Stuff pack is the new Vehicle Enthusiast trait, and vehicle relationships that have been introduced, so over time if your Sim drives around a lot you will find that they begin to build a relationship with their car, much like they do with other Sims, eventually allowing you the ability to name your car whatever you wish, a quite pointless possibility, but completely fitting with the nature of the Sims, and there’s nothing better than riding around in your Heartbreak Hot Rod Bertha! 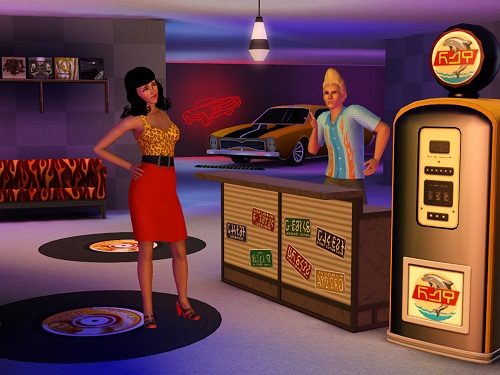 But of course you want to know about the cars! Well if you want your Sim driving around your neighbourhood in a racing car, a vintage classic that looks like it’s come from the 1930’s or 50’s you’ll be right at home, there aren’t many plain cars in this pack, however the Lemon is as plain as you’ll want from the original Sims 3 inventory.

The Sims 3 Fast Lane Stuff is available now for Windows and Mac, from all good retailers, as well as through the EA Store’s digital distribution channel for an SRP of £9.99, its well worth it for the Llama sign alone! Just don’t forget, you need an installation of The Sims 3 in order to get your stuff!