Another game that we had the privilege of trying out at the EA Spring Showcase was The Sims 3 Ambitions where super-friendly Associate Producer Grant Rodiek showed us the ropes. Ambitions is the second expansion for the million-unit selling franchise. For those unaware Ambitions is the expansion that Sims fans have always dreamed of, no longer is the player stuck watching their Sim's house while they are out at work, now players can follow their Sims and choose how they go about their daily life while they are working.

Of the many new careers, on show were the private eye, a fire-fighter and interior designer, the most impressive of the three was the private eye, which unlike most careers; works open hours and is not restricted to when they are on the job; however for this same reason a private eye is only paid when a case is completed.

However as a private eye you have many options; for those sneaky Sims that want to blackmail their neighbours you can look through a Sims mail or trash and use it against them, whether or not they will care enough to give you money obviously depends on your skill as a private eye. 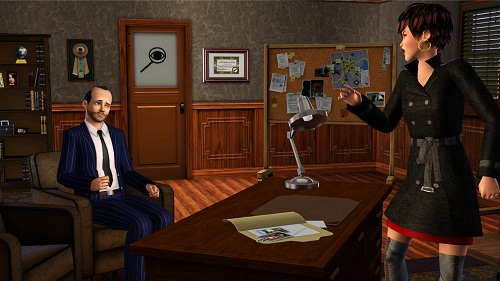 Cases that you can take will randomly become available throughout the neighbourhood, Grant Rodiek praised the private eye career, describing it as a really good vent for storytelling, and that it’s done in a real cheesy noir fashion, he also loves how your Sim will act like a complete goofball upon breaking into a Sim’s house when scouting for evidence, regardless of the fact that the house has to be unoccupied to do so.

The career of a fire-fighter is far more structured than a private eye, as a fire-fighter your Sim must report to the station for their normal working hours, and their working day consists of maintaining their fire fighting equipment or just having a chat with their fellow fire-fighters, there is always the chance of a fire breaking out in town, then it is your Sims responsibility to respond to the call and make it to the residence in their fire engine and put out the fire and save any Sims in danger if necessary.

As you progress up the fire-fighter tree the fires get bigger as do the risks, and reaching the very top of the ladder will see your Sim dealing with far riskier feats like earthquakes and gas leaks. For each fire you successfully extinguish you are given a score that determines how much money you get, depending on your response time and overall usefulness. 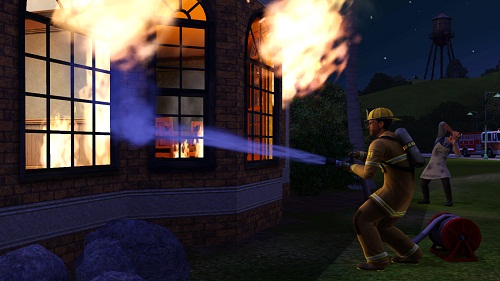 Lastly there was the interior designer, which works very effectively, blending the build mode of the Sims into a job that your Sim can be paid for. When your Sim accepts a clients job, you can speak to the client and discuss the renovation, which can let you know of any extra features or colour schemes your client may want, allowing you to gain bonuses and extra money.

Once the measurements of the room in question are taken you are given a checklist, alongside a budget, and the amount of money that your Sim will be paid for completing the job, jobs can range from a baby’s room being renovated so that it is suitable for a child, to a new pool being installed.

The Interior designer works in a similar way to the private eye, rather than checking in at an office you work from home and choose clients to work for, however you are restricted to normal working hours, so your Sim will not be able to renovate another Sims house at 2am. 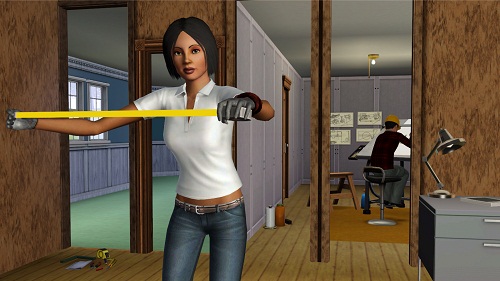 As you would expect The Sims 3 Ambitions also comes packed with new wishes, life goals, and moodlets to complement all of the new careers and features that they have added into the expansion. One rather odd new feature that was high on many players’ wants is laundry. According to Grant Rodiek, players really want the mundane, they want the everyday objects and chores that Sims should have to do, so they have rewarded players with the option to do the laundry if they so wish; laundry will be made when Sims change their clothes, and a Sim can use the washing machine and tumble dryer, or clothesline if they have the new eco-friendly trait. Apparently to a lot of players the option of doing the laundry is a dream come true.

A huge new feature in the Sims 3 Ambitions is inventions, a new skill that your Sims can take up, which allows them to make useful and useless inventions, ultimately leading to the invention of a time machine when your skill is high enough, or a fully functioning SimBot, as well as the option to denote absolutely anything. To accommodate the invention skill, the new town will also contain junk yards and consignment stores, so that Sims can sell their contraptions at the consignment store as well as pick up scrap from the junk yard to make new inventions.