You may recall our recent announcement of a truly indie title; one man team Ferzan Kanat Aygenon is on a mission to make a game, and he's working away pretty hard at it! Shadow of a Soul: Chapter 1 is the first in a trilogy of traditional adventure games that aims to put the atmosphere of a good 1920s horror story into a tense and chilling game. We thought that we would ask him a few questions on the game, for those unaware of its haunting presence.

Gamercast: So Vivec Entertainment is a small Company

Ferzan: Yes, actually I don't think it's possible to be any smaller than one person

GC: We feature a lot of indie games on our website, however you are not the first game to be made solely by one person, you do have a massive task on your hands!

Ferzan: I think massive is the correct word for it. I wouldn't call creating a game as a single developer too hard because of the technicalities of the job but because of the sheer number of things big and small that are needed to be completed for a game to be ready for release. And at some point it gets hard to fit them together and create something that makes sense as a whole to other people.

GC: Looking at the Vivec Entertainment website you've tried a lot of different enterprises in the past, why a video game now?

F: Over the past 6-7 years I've become somewhat good at most aspects of the 3d pipeline. After a string of bad clients and problematic jobs, I turned my VFX Company into Vivec Entertainment and never looked back. So in that sense, I can say that making video games is a continuation of my professional career.

On another note, I see video games as a great combination of art and science. I really enjoy working on both sides of the spectrum, that's what makes me excited. I'm not really interested in becoming master of one thing. I like learning about a lot of different things.

GC: So for those that don't know, what is Shadow of a Soul?

F: Shadow of a Soul is a trilogy of first person horror adventure games. Each game is a standalone horror story with ties to the other two. I'm trying to create an experience where players can enjoy the game a little bit more if they've played the previous game(s).

I plan to release each game one week before Halloween, starting with Halloween 2012

GC: And this is the first part?

F: Yes, this is as I call it, Chapter I. It's about a thief named Jack who is on a corporate espionage mission to steal some documents. As he proceeds with his mission things start to go very wrong very quickly and Jack finds himself the target of a malignant presence. 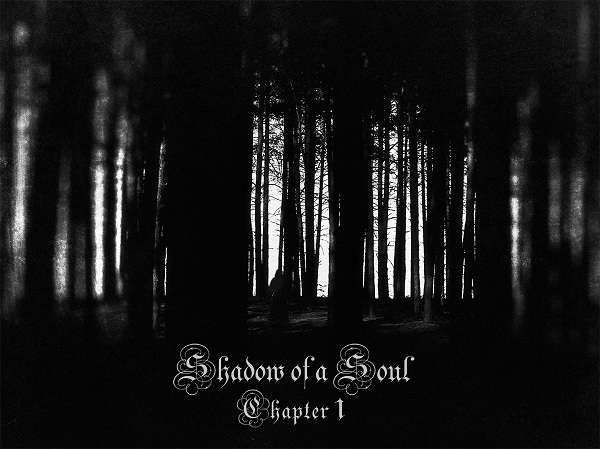 GC: Horror is a very tricky genre, and a favourite of ours when it comes to games, what are you taking reference from in your design of the game?

F: My main sources of inspiration in terms of games are Call of Cthulhu: Dark Corners of the Earth, Thief series, especially number 2, and old adventure games.

However, my main source of inspiration comes from old short horror stories. I love reading ghost stories written before the 1920s. I find them a lot more scarier compared to contemporary ones. Actually, in my opinion in terms of short horror stories, the newer they get the worse they become. That's why I try to stick mostly with the old ones.

GC: Will the game be based on exploration, or is there a linear path and story that will propel the player through the game?

F: There is an exploration component in the game. Players can choose to follow some leads or clues in the game to learn more about the back story.

The game for the most part however, is linear.

GC: What gameplay elements have you got in the game to stop it from being simply an interactive story?

F: First of all everything is interactive. There are no cut-scenes or any sections in the game where control is taken from the player. The puzzles also take place in real time, meaning the game doesn't stop when the player is solving puzzles. I feel that it adds another layer of urgency and tension to the game because you are not safe at any point during the game.

GC: How long has the game been in development?

F: I have been developing Shadow of a Soul for about a year now. Everything started on a piece of paper and evolved from there.

GC: We love a good horror game, and we can't wait to see more on Shadow of a Soul in the coming months.

F: Thank you. I really appreciate this opportunity. I have a development blog where I talk about the development of the game everyday including weekends. I hope to continue to do so until I release the first chapter.

By now you know that Gamercast openly supports games that are made with a development company that you can count on one hand, and Vivec Entertainment’s Shadow of a Soul is definitely no exception. It just goes to show that a game made with so few people can have all the merits of a game made by a team of 40. Ferzan is constantly hard at work on the game, and if you do have the time pop along to his development blog where he’s not afraid to discuss anything under the sun.

We wish Vivec Entertainment the very best for the launch of Shadow of a Soul, and cannot wait to give it a play when it is released just in time for a spooky Halloween 2012!