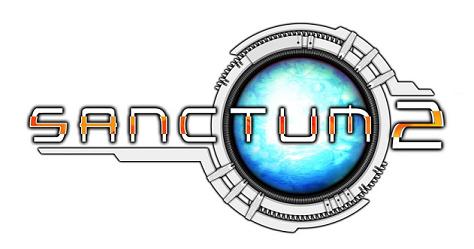 Coffee Stain Studios have unveiled a teaser for the upcoming and now very anticipated Sanctum 2! Taking the critically-acclaimed mix of first person shooting and tower defense to a new level with four player cooperative play for thrilling multiplayer and some stunning graphics.

In Sanctum 2 players will assume the role of one of four elite soldiers, each with their own unique abilities and weapons whose mission is still to protect the Cores from hordes of mysterious alien creatures that feel an affinity to the human colony on the planet LOEK III.

If you didn't check out the fabulous indie title Sanctum, then you might not know the games unique selling point! In each level players must protect the core by setting up defensive towers to take out wave upon wave of varied enemies, and ensure human victory. But you don’t simply sit back and watch your towers do the work, you can bust in on the action in first person with a devastating shotgun, pick off far away threats with a sniper rifle or sample some of the new weapons that will appear in the sequel!

Sanctum 2 is coming soon for Windows PC, Xbox Live Arcade and Playstation Network, we’re sure that you all loved Sanctum as much as we did, and we just cannot wait!