Well the time had to come eventually, Sam and Max is over for another season, we've had some extraordinary adventures with the pair in the newest series, with the inclusion of Max's psychic powers, alongside the revitalization of many old characters, this season turned out to be a definite winner, and its finale was a corker! 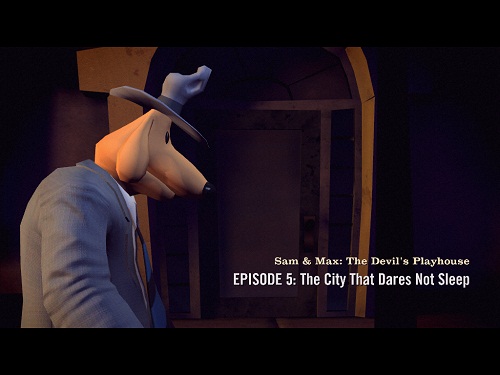 More Sam and less Max, The City that Dares not Sleep continues where we last left off in Beyond the Alley of the Dolls and Max is a huge demonic being, with little option but to help your not-so-little-buddy, as Sam you need to save the day and the whole of New York city before it is destroyed by your own partner. The episode is very much so an impending apocalypse sort of affair, that we always come to expect when Sam and Max are involved, and although there is no musical finale, the episode will have you guessing at every turn to the fate of Sam and Max as the loveable duo that millions have come to adore.

The series started out with a simple trip to the Penal Zone, introducing Skun'kape, and the mysterious Psychic Toys, we took an amazing trip to the past in the Tomb of Sammun Mak, and visited a strange alternate reality with brilliant noir inner monologues of Sam in They Stole Max's Brain. In Beyond the Alley of the Dolls we were slightly disappointed at fending off the hoards of Samulacra, however the final episode has topped them all, ending with a big bang, a secret that not many would have guessed, and an ultimately climactic ending!

So far the Devil's Playhouse has been a big trip down memory lane, bringing back some old characters that we had not seen for a while, The City that Dares not Sleep is no different, and finally brings back Sybil and good-old Abe Lincoln, Mr Featherly also makes a strange unprovoked cameo, alongside Satan. However, seeing Abe Lincoln back controlling the army of lyric spouting Maimtron's brings back fond memories of the last two seasons. 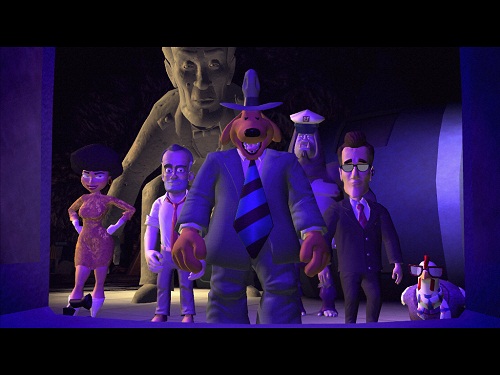 With the lack of Max it was great to see that Telltale found a way to include the most brilliant psychic toys, and in fact for most part of the game it was interesting to play Sam and Max without the various hints and clues that the psychic toys provided, still the brilliant Astral Projection found its way into the episode in the more simpler and quaint form of slides, rather than film reels.

The best part of the episode is the second act that takes place in Max's body, in a Fantastic Voyage sort of manner, Sam and his team are taken to an oddly placed kitchen where his stomach should be, not to mention the cosy 70's style Living Room, and Arcade-ridden arm control room, the puzzles are great, and it is brilliant to know that over 20 years down the line, Sam and Max are still as randomly crazy as it has always been.

Max is a huge other-worldly demonic beast, and the question on everybody's lips when we saw him transform in episode 4, was; do we get to control him? Yes we can, Telltale thoughtfully gave us the ultimate option of controlling the 60ft tall beast, after buttering up an extremely pregnant woman, and solving a garishly simple, but subtle puzzle. 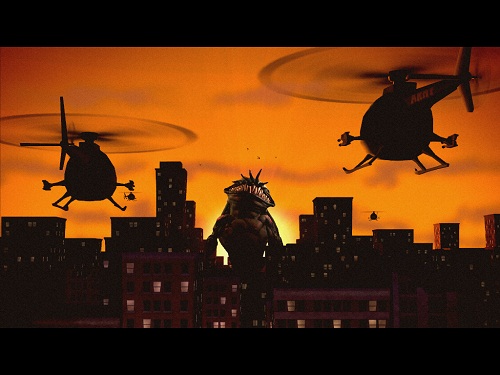 The City that Dares not Sleep is a brilliant end to another season of Sam and Max. The season blew a bit of fresh air into what some were perceiving as a stale franchise, the gimmick of the psychic powers worked brilliantly at reviving the anthropomorphic duo, and the dramatic twists and turns that the game takes never ceases to amaze, if you've not invested in the season yet, it was brilliant, and marked a perfect end to a well-loved franchise.

Sam and Max: The City that Dares not Sleep is available now for Windows, Playstation 3, Mac, iPad, and iPhone, if you haven't already purchased the third season of Sam and Max you can do so via the Telltale website where they are currently running an offer where you can get it for $19.95 for Windows.

Don't forget Telltale are making a big announcement this Thursday that puts together Penny Arcade, Sam and Max, Team Fortress 2 and Strongbad together, check out their website to see what the big news is!